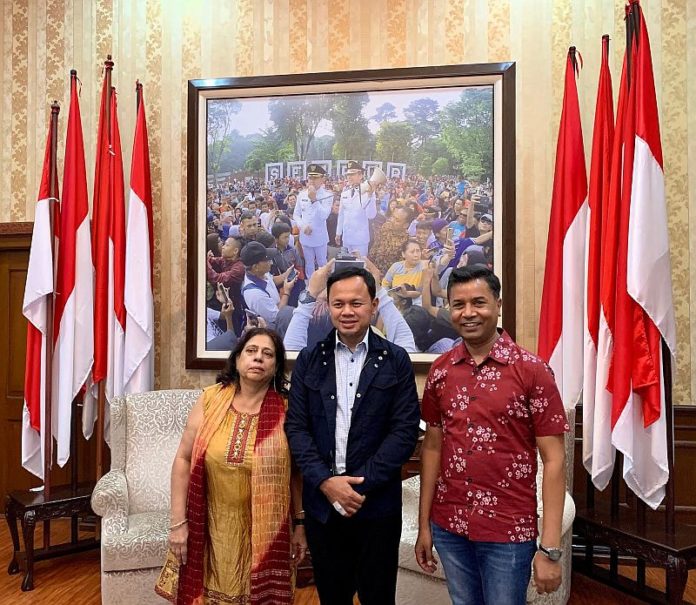 The 4th Summit of Asia Pacific Cities Alliance for Tobacco Control and Non-Communicable Diseases (NCDs) Prevention (APCAT) will open in Bogor, Indonesia, on 25th September 2019, which also happens to be World Lung Day. This two-days regional meet is jointly organized by APCAT, Ministry of Health Indonesia, Republic of Indonesia, Bogor City, International Union Against Tuberculosis and Lung Disease (The Union) and Partnership for Healthy Cities.

This Summit brings together leaders from the Asia Pacific region to ACT:

– Act to implement comprehensive tobacco control policies with effective use of resources;
– Create innovative solutions at the local level to prevent non-communicable diseases (NCDs);
– Tackle and prevent industry interference in policy development and implementation by establishing rules and regulations.

“4th APCAT Summit will have over 100 local leaders from 40 cities of 12 countries in Asia and the Pacific. Members of Parliament (MP), Governors, Mayors and other local government leaders and public health experts from 12 countries are attending this Summit in Bogor. APCAT meets on a regular basis to learn and share experiences about comprehensive tobacco control policies and strategies for effective use of resources; create solutions to prevent NCDs; build relationships and networks and share achievements to date” informed Dr Bima Arya Sugiarto, Co-Chair of APCAT and Mayor of Bogor City.

Indonesia is a great example to illustrate the vital importance of local leadership and action to control tobacco and prevent NCDs. Even though the country is yet to sign the global tobacco treaty (formally called the World Health Organization Framework Convention on Tobacco Control (WHO FCTC), it has the maximum number of cities covered by this initiative. More than 100 cities and districts of the country are implementing smokefree policies and ban on tobacco advertising, promotion and sponsorship. Bogor is the first city in Indonesia to implement a smoking ban in public places, a ban on tobacco product displays at the point-of-sale and other tobacco products such as e-cigarettes. Francis Anthony S Garcia, Co-Chair of APCAT and Mayor of Balanga City, Philippines, said, “4th APCAT Summit is being held in Bogor in recognition of its local leaders who are dedicated to the health of its citizens and are pioneers in tobacco control in Indonesia.”

APCAT was established in 2016 by the International Union Against Tuberculosis and Lung Disease (The Union)’s Asia Pacific Office in Singapore as a network and forum for subnational leaders working to advance tobacco control in the region, with 12 cities from 8 countries as members with the shared vision to create tobacco-free environments. In 2018 its members included representatives from 40 cities in 12 countries (including India) with support from Ministries of Health in Indonesia, Cambodia, Myanmar, Lao PDR and Nepal.

Recognizing that subnational leaders’ play a key role in the subnational and national health development agenda, the aim of APCAT is to build stronger political commitments, forge new partnerships, and work towards sustainable utilization of resources for improved public health outcomes. Members of the alliance motivate their fellow mayors to establish a Mayor’s Alliance at the country level and also garner political will for implementing best practice policies like raising taxes and prices on tobacco, alcohol and other junk foods and drinks, promoting larger pictorial health warnings, creating tobacco-free environments for tobacco control and prevention of NCDs.

Dr Tara Singh Bam, Deputy Regional Director for Asia Pacific, International Union Against Tuberculosis and Lung Disease (The Union) and an inspiration behind the spirit of APCAT said that, “The key objective of this alliance is to increase political commitment by working at the local level to identify local solutions to address the issues of NCDs prevention and tobacco control and to translate them into action. Local leadership can play a critical role to deliver best practices and to save lives. I would really like to see effective action on the ground. Also, enhancing media engagement with the local leaders and also with the national policymakers can go a long way to make our leaders deliver on what they have committed.”

Dr Paula I Fujiwara, Scientific Director of The Union said: “Over 70% of global deaths are attributable to NCDs, such as cardiovascular diseases (CVDs, like heart diseases and stroke), cancers, chronic respiratory diseases, among others. Each year, 15 million people aged 30-69 die from NCDs, 86% of these premature deaths are occurring in low- and middle-income countries. Most NCDs are preventable so there is no excuse of inaction if we are to deliver on commitments of Sustainable Development Goals and reduce NCDs by 25% by 2025.”