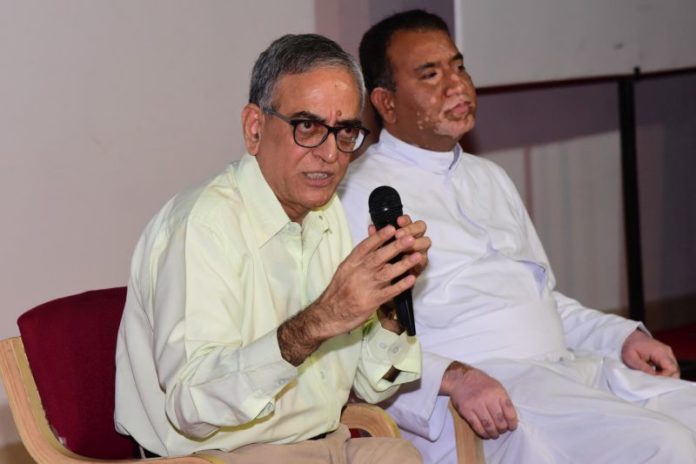 Public Lecture on ‘The Economic Slowdown’ at St Aloysius College

Mangaluru: Stepping up public infrastructure investment, and rural investment by means of NREGA is the way out of current economic slowdown opines Dr Nagaraj Rayaprolu, Professor, Indira Gandhi Institute of Development Research, (Deemed –to-be-University) Mumbai. He said the only major avenue to boost growth is stepping up investment demand. Unless India turns into an investment led growth, it cannot attain the goal of 5 trillion dollar economy by 2024 set by the Prime Minister. Prof Nagaraj was delivering a public lecture on the topic “Economic Slowdown : How to Revert it” oragnised by the Department of Economics, St Aloysius College ( Autonomous). 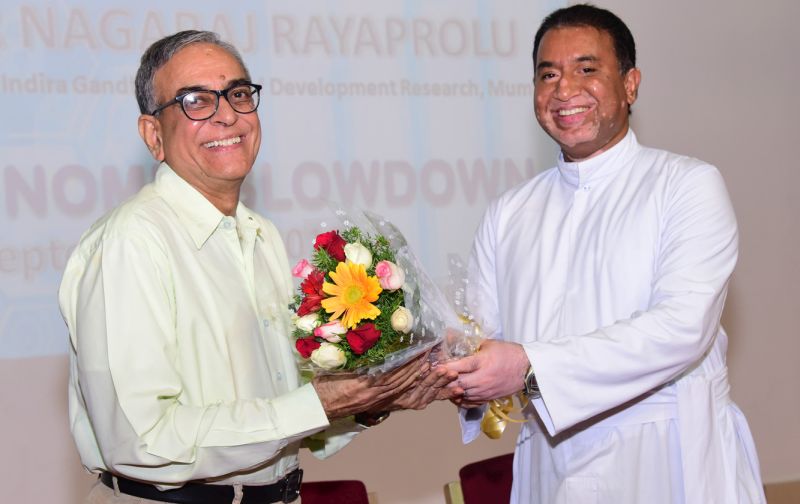 During the first decade of the 21st century, India witnessed an economic boom. It was a dream run for India with its domestic output (GDP) growing at over 8 per cent per year between 2003 and 2008, with a rapid decline in poverty. If China has got to be known as world’s factory, India was reckoned as its back office, exporting software services. India was among the fastest growing large economies of the world close behind China. Global Financial Crisis in 2008 punctured the boom. However, the pace of growth quickly recovered until 2011-12. 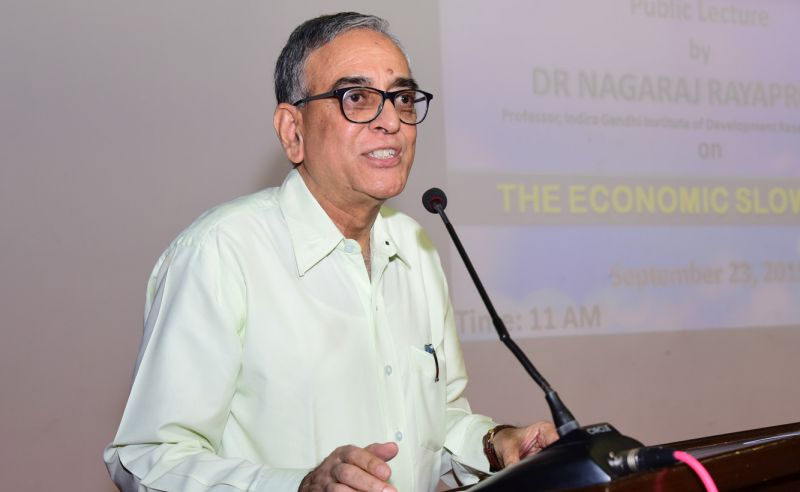 After the financial crisis, world economic growth and exports have significantly slowed down. Globalization has halted, if not reversed. Rich countries of the world have turned protectionist, economic nationalism has over taken the trust in free markets and open trade. However, India suffered relatively lessas it is largely a domestic oriented economy.Share of merchandise export has declined from 17 per cent of GDP in 2011-12 to about 14 per cent in now.But domestic conditions turned more adverse, roots of which are partly economic and partly political.

Political stability at the Centre since 2014 gave rise to the hope of addressing adverse global trends and their implications for domestic economy, but that did not materialize. Instead we had economic shocks of (i) demonetization and (ii) poorly designed and implemented GST, both of which seem to have hit the economy badly. 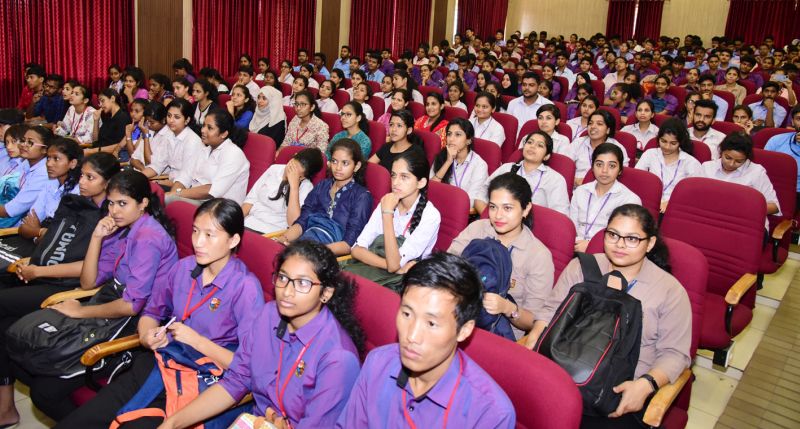 Elaborating his argument further he said , there are four sources of aggregate demand in any economy, namely, (i) private consumption, (ii) government consumption expenditure, (iii) investment demand and (iv) exports demand, net of imports. He said private consumption demand and government consumption expenditure has broadly held up during the recent years. Hence, from the demand side, economic slowdown is on account of a decline in investment rate, and exports. Prof Nagaraj further said slowdown in GDP growth is clearly associated with the decline in saving and investment as proportions of GDP. Historically no country has sustained 8-9% GDP growth without sustained investment rates of over 40%. In fact, China’s investment rate has been over 50% of GDP for nearly two decades. 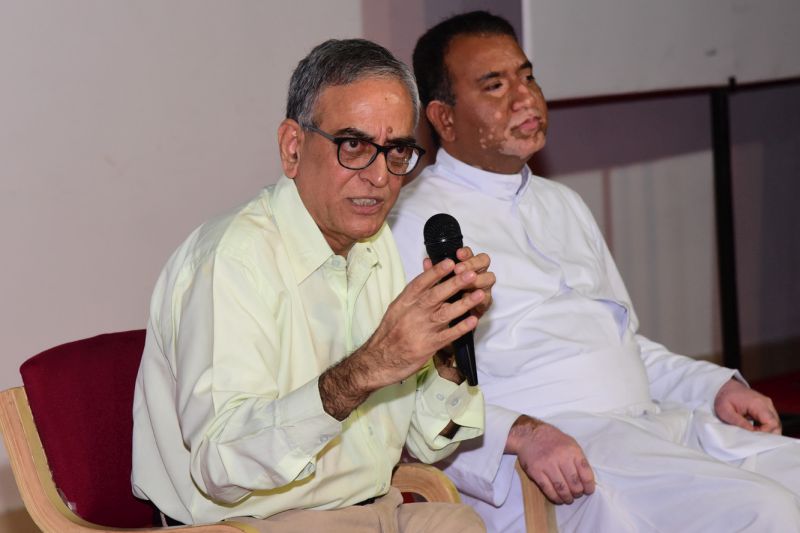 He clearly suggested that economic revival can be done by public sector taking up the responsibility of stimulating demand by investing in infrastructure. He said John Maynard Keynes – the greatest economist of the 20th century – also recommended the same. When animal spirits of the private enterprise is low, despite very interest rates, autonomous public expenditure can revive economic growth. He further said public infrastructure investment has the virtue of bringing in (or crowding-in) private investment to stimulate demand to escape economic slowdown. Faster output growth will help “dissolve” the debt,
as private firms will able to repay it with increased output and income. Such investment is also virtuous since it leads to growth with equity. 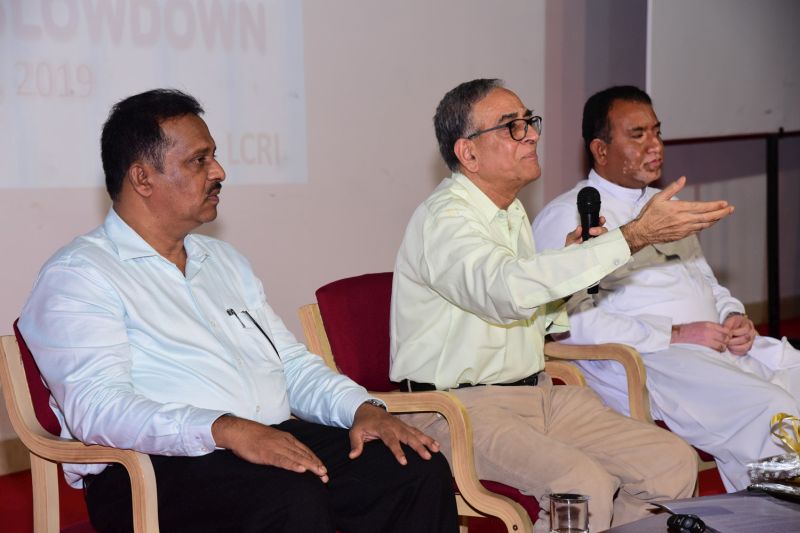 Rev Dr Praveen Martis in his presidential address lauded the department of Economics for organizing the public lecture on a very apt topic and thus helping the students and staff to understand a very complex macroeconomic concept with full of technical jargon’s. He also
called the student to sharpen their skills to face the current economic situation. 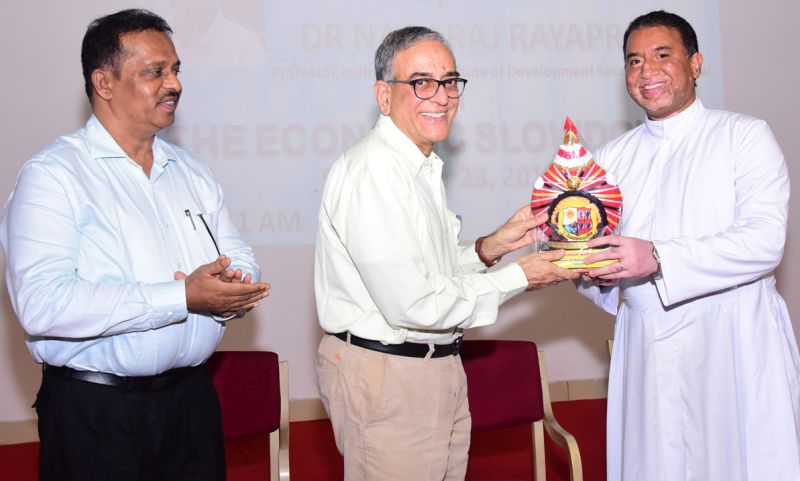