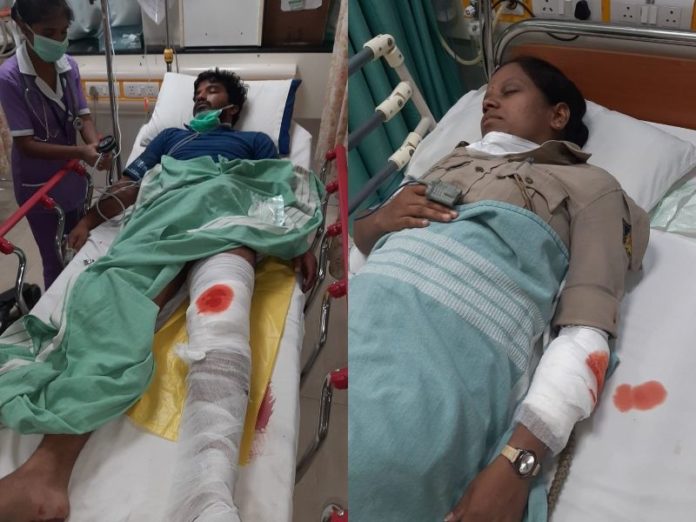 Bengaluru: The Sanjay Nagar police open fired at the accused who was trying to escape from the police when they took him to the spot for investigation on March 26.

Accused Tajuddin (25) and Kuthubuddin (25) were arrested for assaulting the police while they were checking vehicles at the Checkpost. The police arrested both of them on March 25.

On March 26, early morning, both the accused were taken to the crime spot for investigation. Accused Tajuddin tried to escape from the police and also attacked them with stones. In the attack, PSI Roopa and Head Constable Manjanna sustained injuries.

The injured PSI, HC and the accused have admitted to the Baptist Hospital in Sanjay Nagar.