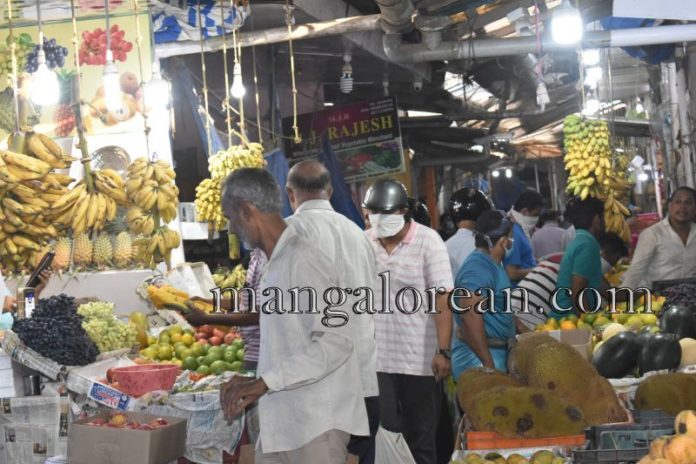 Mangaluru: Following close on its heels after Mangalorean.com had published the report (Ref: Sales in Central Market Suspended, People Can Buy Groceries from Nearby Shops – DC), on Wednesday, 25 March, where DC Sindhu Rupesh had said, “Taking into account, a surge in COVID-19 cases in the neighbouring district, it has been decided to suspend retail sales at the Central Market. The public will not be allowed to shop at the Central Market. Proper arrangements have been made for the public to buy from nearby grocery shops from 6:00 am to 12:00 noon. However, strict social distancing has to be ensured by the vendors failing which action will be taken. The public is advised to follow social distancing measures. Stay home to stay safe”. 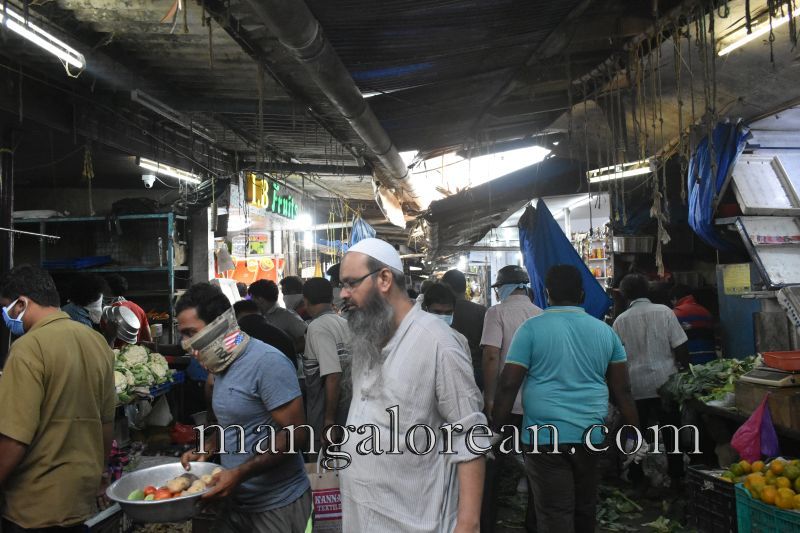 However, early morning of Thursday saw huge consumers throng the Central Vegetable Market, to grab all the discount deals the traders were offering- the prices on veggies and fruits were unbelievably low since the traders wanted to get rid of their stock before the authorities/police come and shut down their shops. Still, the ONLY problem was that consumers here didn’t maintain Social Distancing, even after the President of Central Market Merchants Association Mustafa Kunhi was seen yelling at people to maintain distance and remain safe from getting COVID-19. But his efforts were all in vain since the people were busy grabbing their items at the best price they could get. 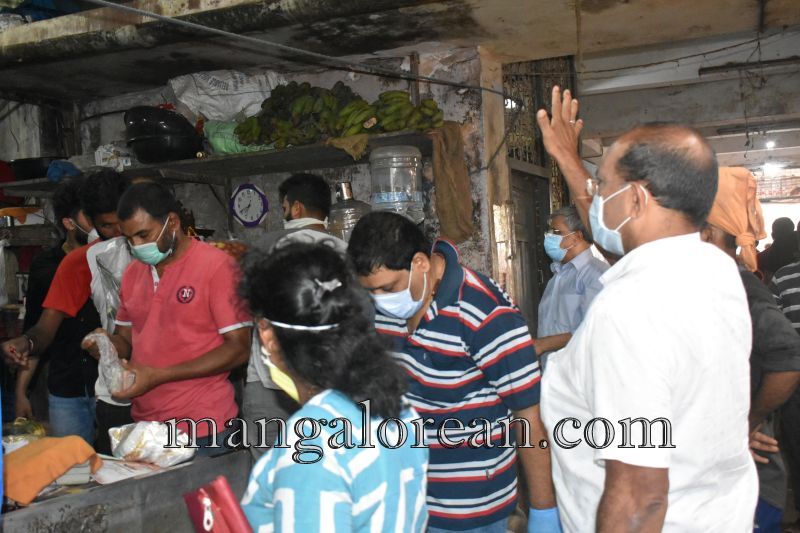 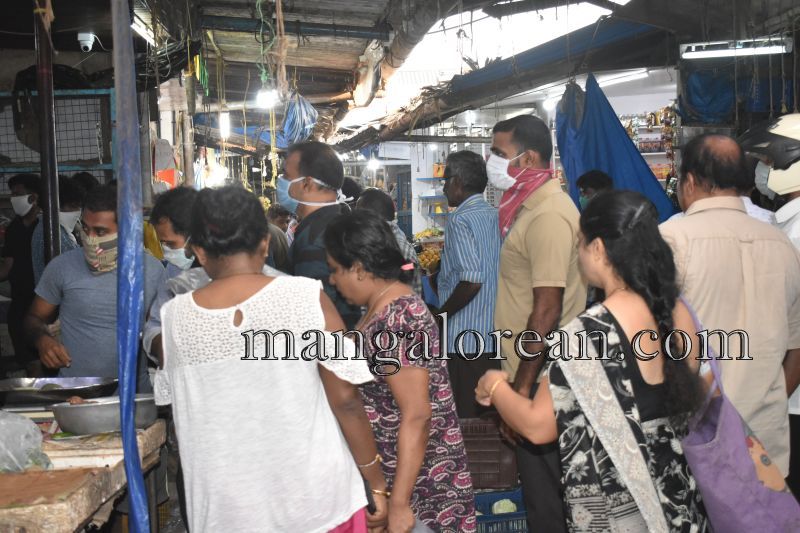 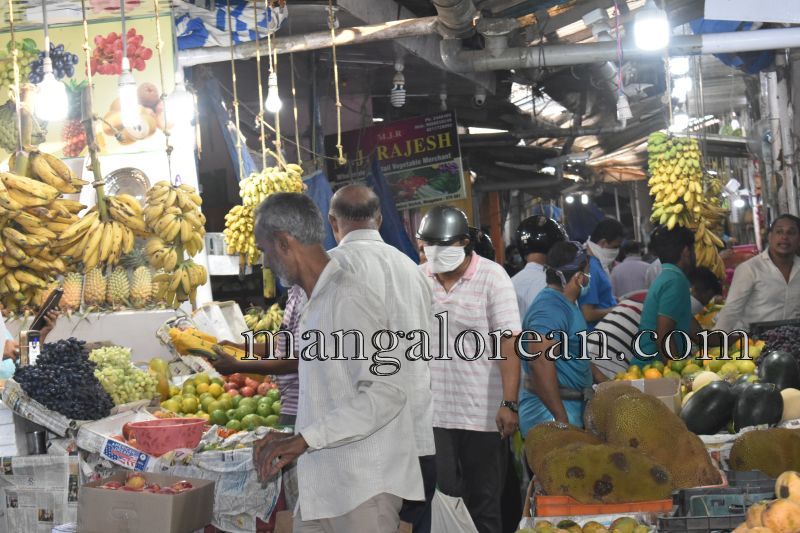 Speaking to Team Mangalorean, Mustafa said, “Our association has been trying our best for the last so many days, but it has been very hard to change the mentality of the people and some of our shop keepers. Just look at how the people are behaving here, even after making repeated pleas. People should use their common sense when we all know how bad Covid-19 has affected the world, and it has invaded India, and also Dakshina Kannada. Our aim is to stop the spread of this deadly disease, and people act to be ignorant. We should all do our best to control the spread of the virus. Anyways in a few minutes, the Market will be shut down until further notice.” 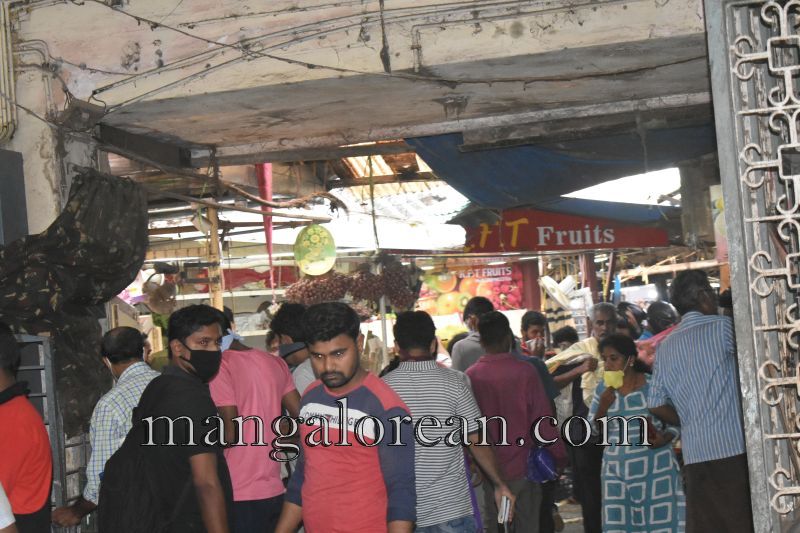 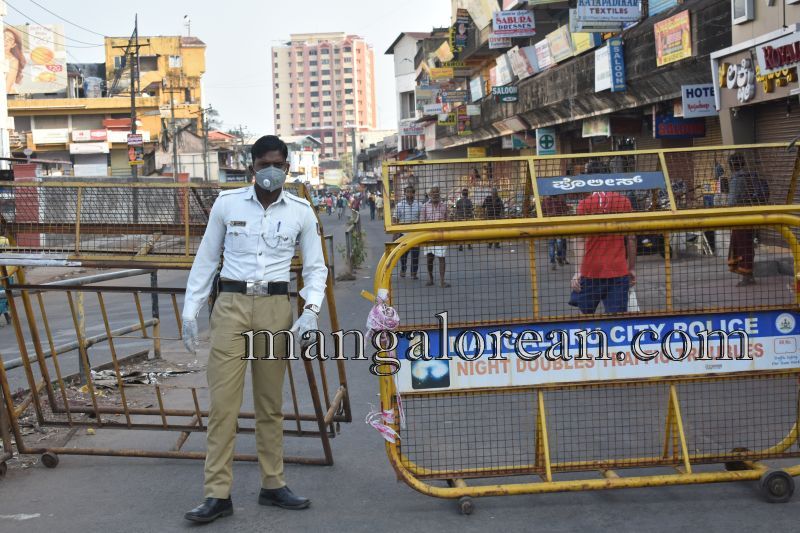 While many of the shops were already shut after DC made the announcement last evening, but others which stayed open this morning did brisk business trying to get rid of their products at bargain prices- and as they say “Early Bird Gets The Worm”- all these people who woke up and dashed to the Central Market got their “Worms” at unbelievable prices. Watermelon was getting sold for Rs 15-20 a Kg, Pune Musambi’s Rs 50 for 2 kg, bananas Rs 50 a kg, 20 limes for Rs 10, and many more veggies and fruits were damn cheap. I wish I had carried a big bag, to grab all these deals-since the shop keepers were making a fuss about giving the bags. Oh well! 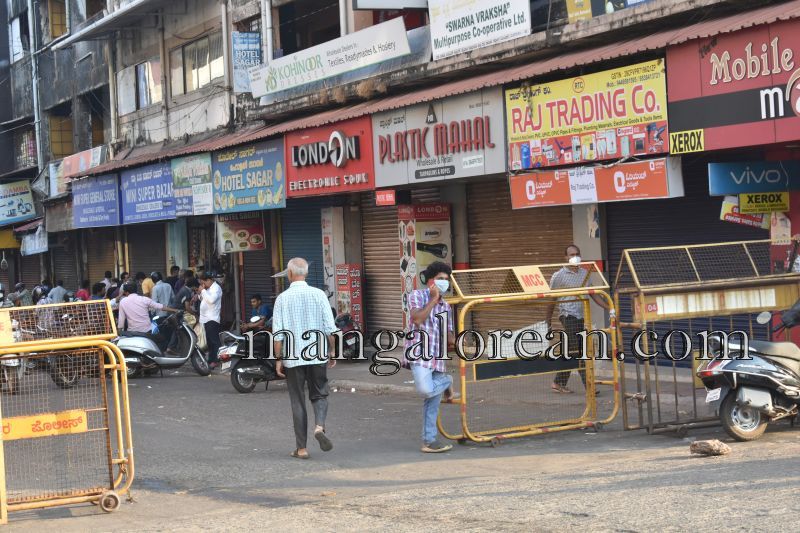 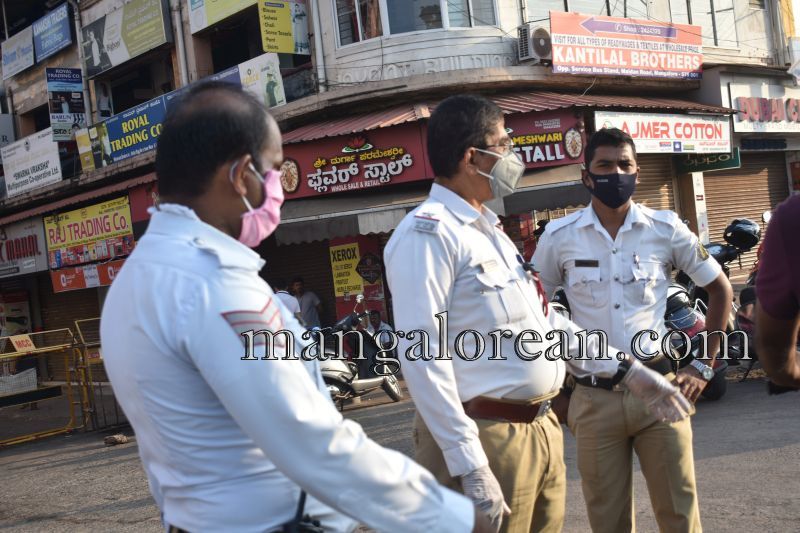 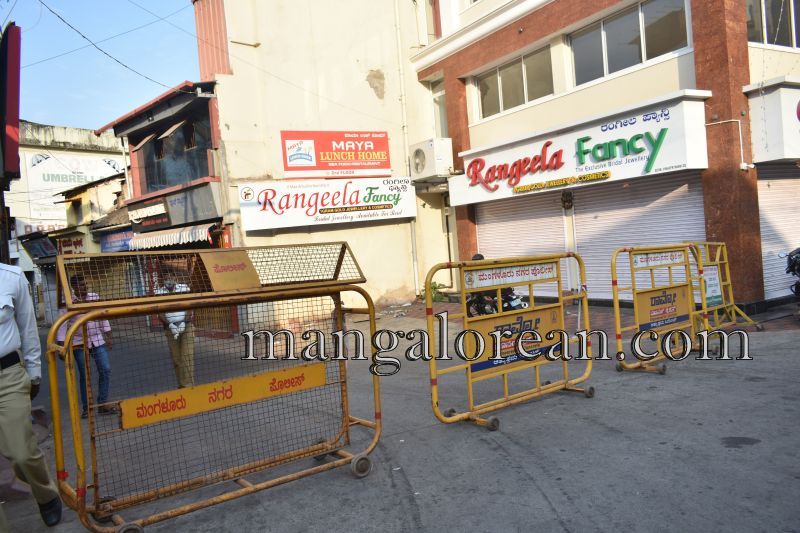 Coming out of the Market around 8 am, Team Mangalorean witnessed a bunch of Traffic cops all geared up to block all sides of the entrance to central Market with barricades, and also stopping people from entering the streets leading to the Market. I guess by this time the Central Veg Market is CLOSED, until further notice. In the meantime, it is learnt that wholesale produce will still arrive at the Market by trucks during the morning wee hours, from where the produce will be distributed to supermarkets and other shops. So consumers don’t have to worry, even if Central Market is closed, you can still buy your veggies and fruits at other retail shops in the city, including a few supermarkets.