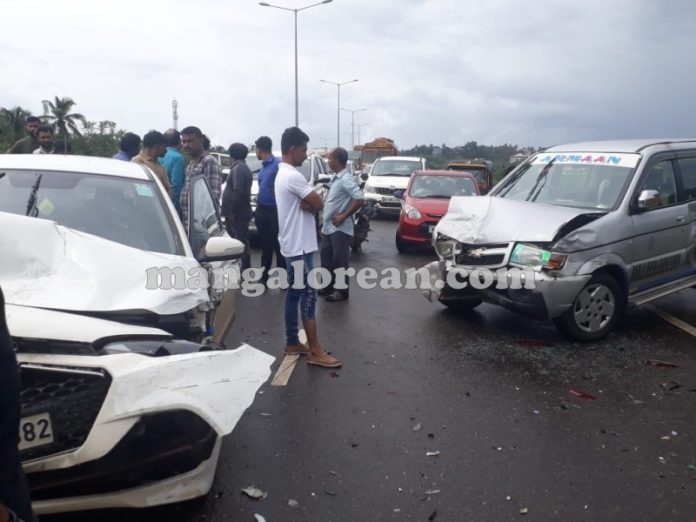 Mangaluru: Three persons were injured including a child as a speeding truck crashed into three vehicles on NH66 opposite Karnataka bank after brake failure here on July 9. 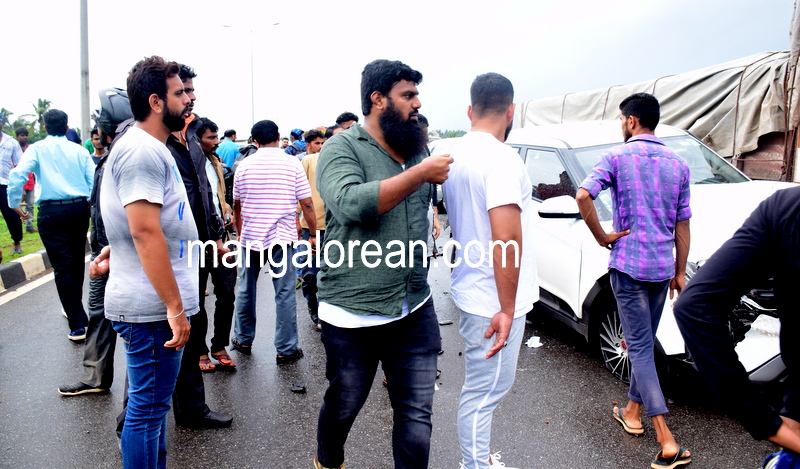 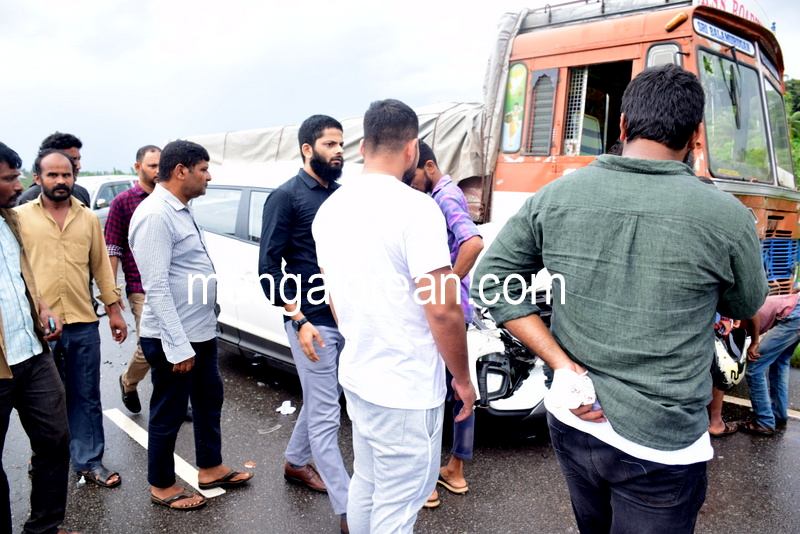 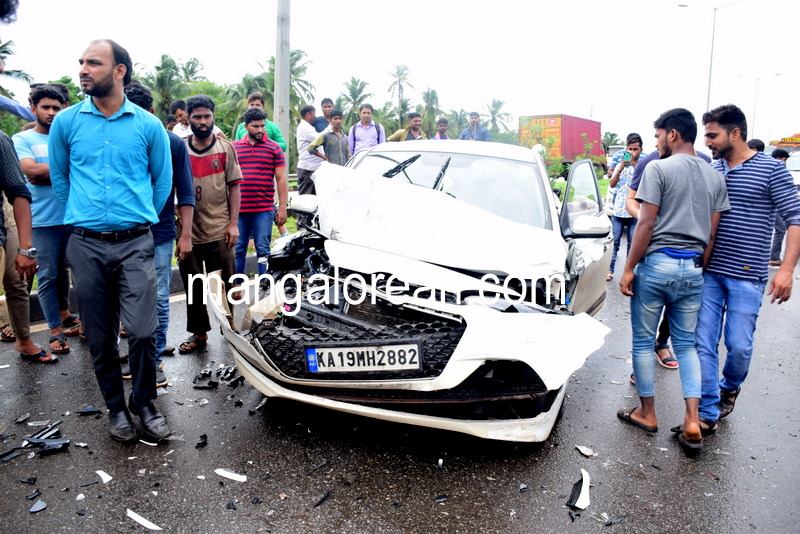 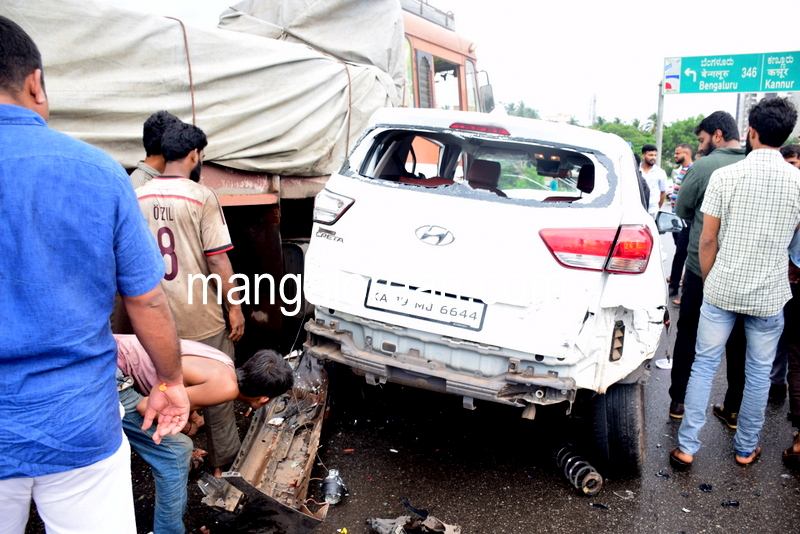 According to eyewitnesses, as there was a traffic jam, vehicles were moving very slowly on the Highway. All of a sudden the driver of the truck bearing registration number KA 01 AB 1085 heading towards Pumpwel lost control over the vehicle due to brake failure and crashed into the three cars in front of it before coming to a stop. 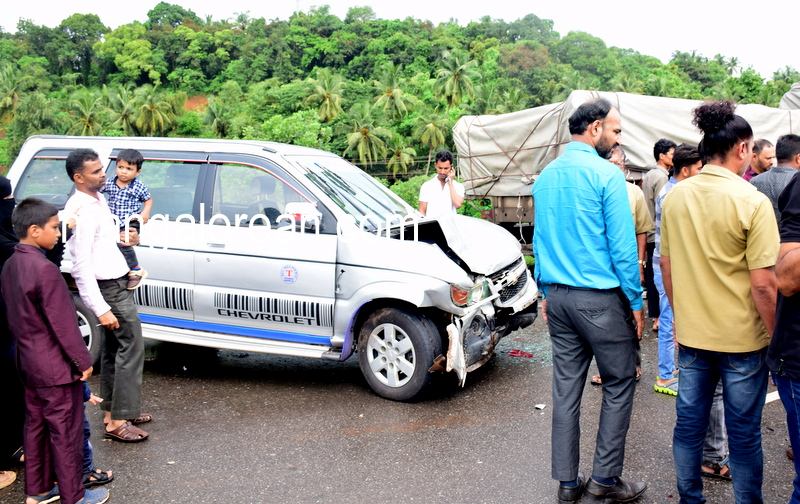 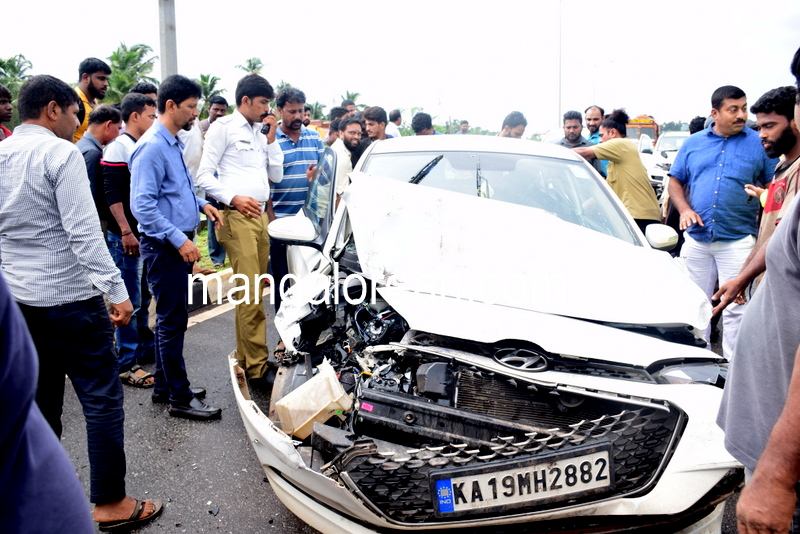 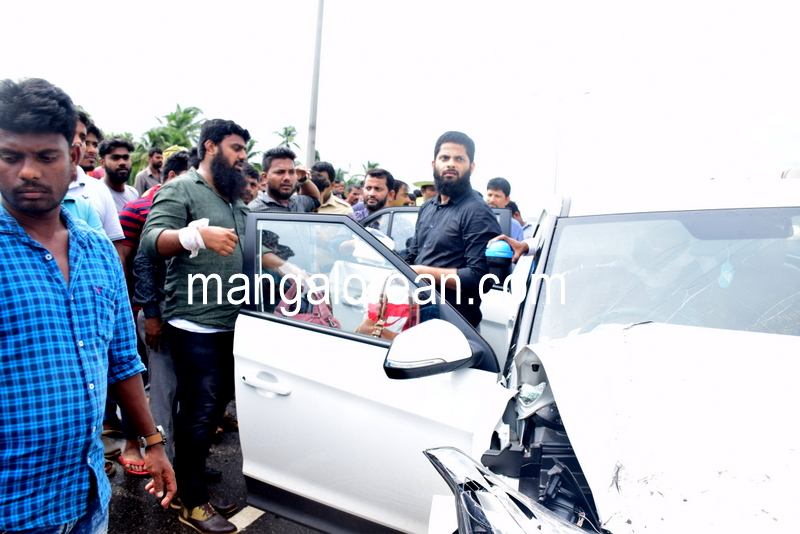 The truck first hit a Travera, next an I20 car (KA 19 MH 2882) and a Hyundai Creta (KA 19 MJ 6644) before coming to a stop. Immediately after the accident, the driver of the truck fled from the spot. The accident caused a traffic jam for over 30 minutes. 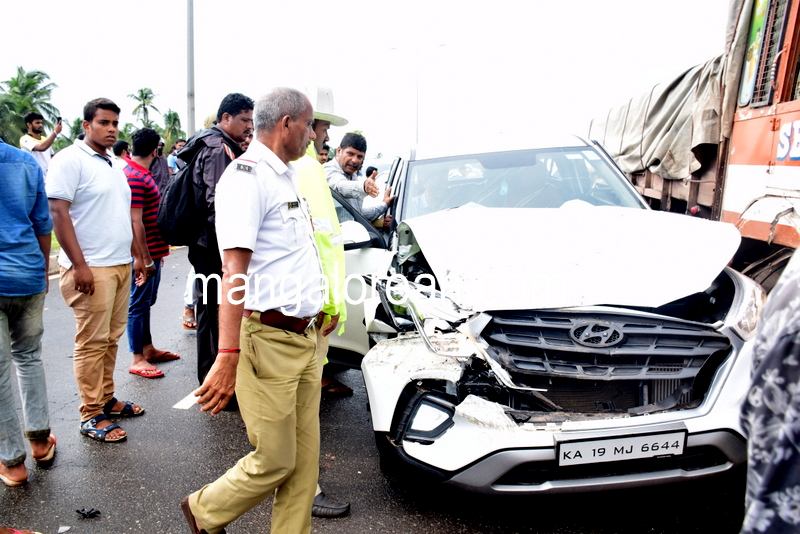 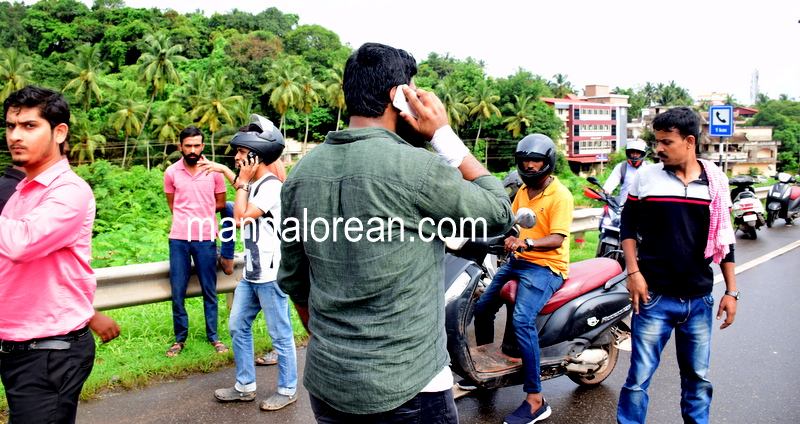 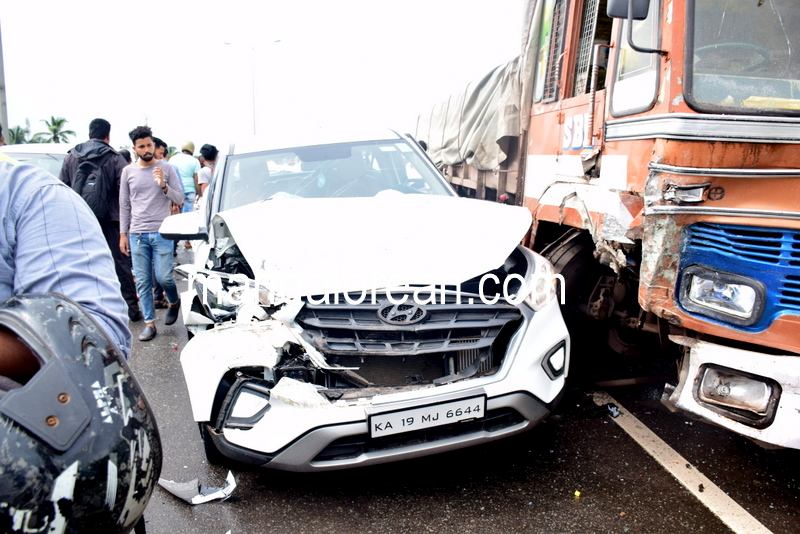 Speaking to mangalorean.com one of the occupants of the car involved in the accident said, “I have informed the police dialing 100, it is half an hour now, but the police have not yet reached the spot. The traffic has been blocked on the highway.” 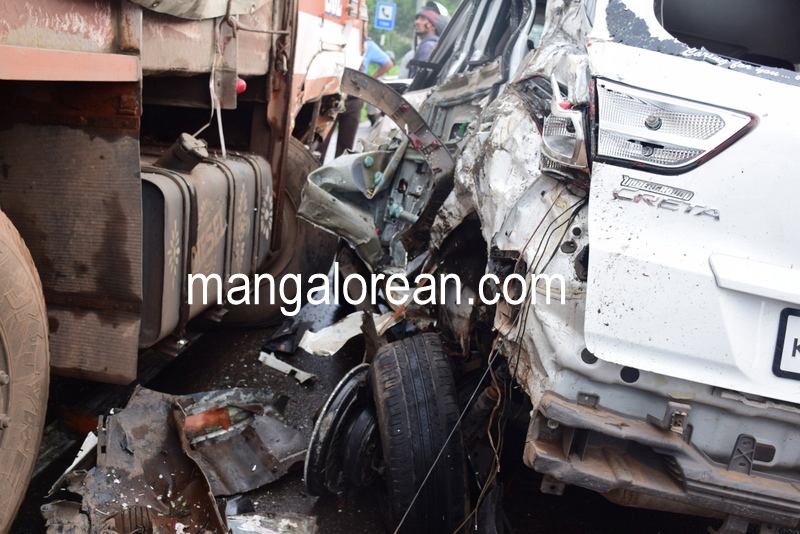 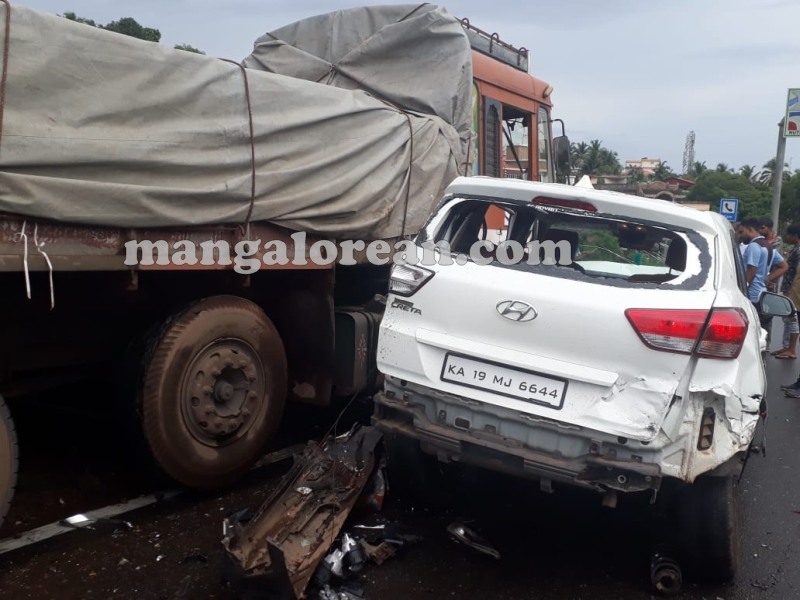 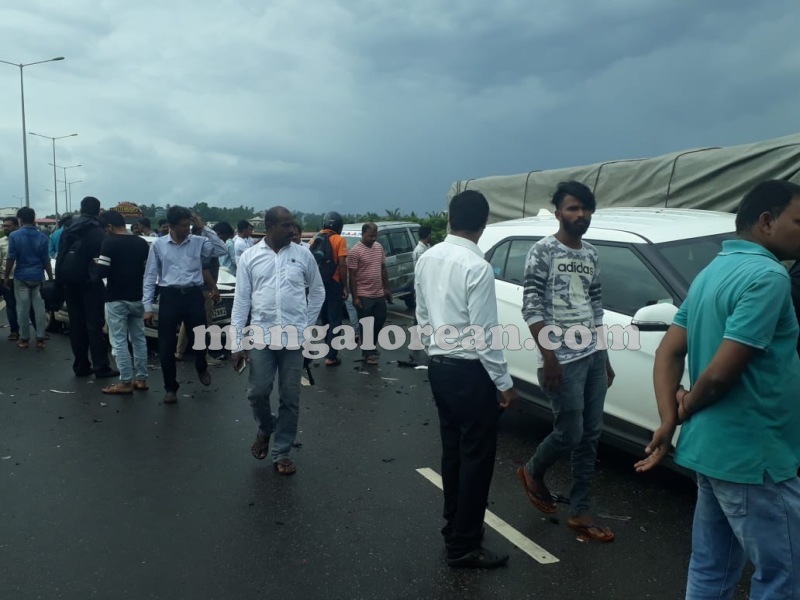 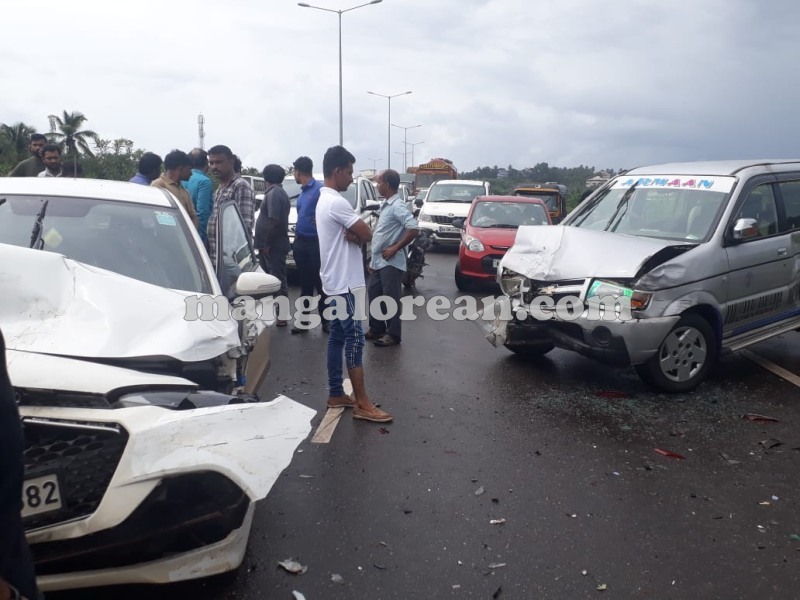 Immediately after reaching the spot, Team Mangalorean informed the DCP Crime and Traffic about the situation and nearby police were at once sent to the spot. The injured were taken to the hospital. All three cars involved in the accident are badly damaged.