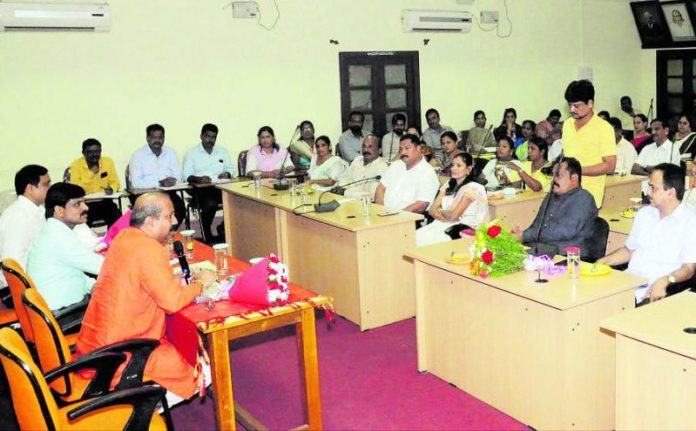 Udupi: Deputy Commissioner G Jagadeesha directed officials to strive to serve the people at their doorstep. 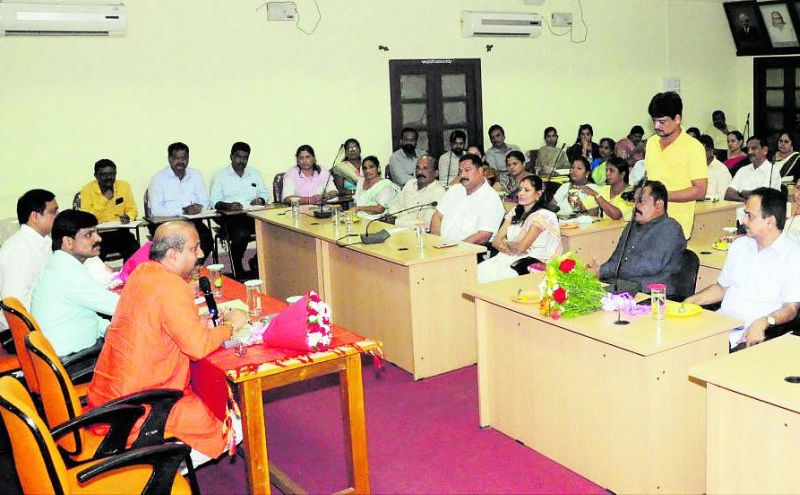 He was speaking at a meeting convened by Udupi MLA and members of 35 wards in Udupi City Municipal Council (CMC) to discuss the problems prevailing in town at DC office here, on Thursday.

“Those officials not willing to be on the field by 6 am, can seek a transfer elsewhere or tender their resignation. Service to people does not have any time constraints and it is not a 10-am job,” Jagadeesha stressed.

The deputy commissioner said the duty of government officials was to respond to the grievances of the public. He urged officials to work in coordination and adopt mechanisation to tide over the crisis of acute manpower shortage.

“There is a need to address the sand scarcity problem and I am already working on it,” he said.

Jagadeesha directed the officers to respond to the demands of elected members as they regularly interact with the people.

CMC member Ramesh Kanchan said the CMC without a council would complete one year on September 3.

He highlighted the irregularities in the functioning of streetlights and urged the deputy commissioner to take measures on checking the stray dog menace in all the wards.

Member Prabhakar Poojary said the Swarna second stage project was meant to meet the water needs of Udupi for next 25 years. Sadly, the 2019 drought has exposed the bitter truth about the project.

He emphasised on alternative strategies to counter drinking water crisis as the proposed Varahi project would take three years for completion.

Member Santhosh said that around 60-70 wells in Kakkunje were polluted due to damaged UGD pipelines.

MLA Raghupathi Bhat said an amount of Rs 36 crore under the ADB scheme would be used for different purposes. An amount of Rs five crore of the Rs 25 crore sanctioned by chief minister would be earmarked for various repair works in the town, including PWD roads.

Members also charged that owners of shelter houses for migrant labourers do not offer them toilets despite collecting hefty amount as rent.

Bhat instructed the officials to upgrade sewage treatment plant as it had become dysfunctional.