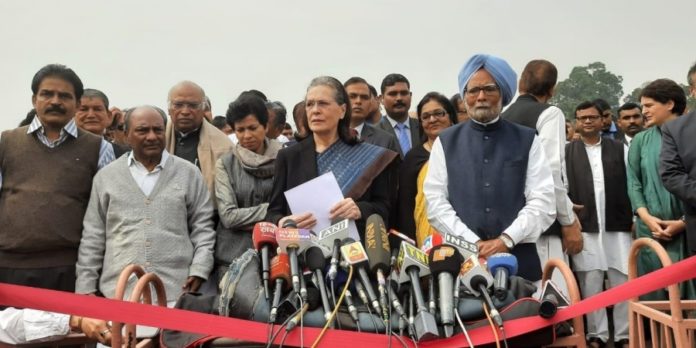 NEW DELHI: A Congress delegation, including party chief Sonia Gandhi, on Thursday, urged President Ram Nath Kovind to call for Home Minister Amit Shah’s resignation over his alleged “abdication of duty” during the communal violence in Delhi and remind the Centre of its “raj dharma”. 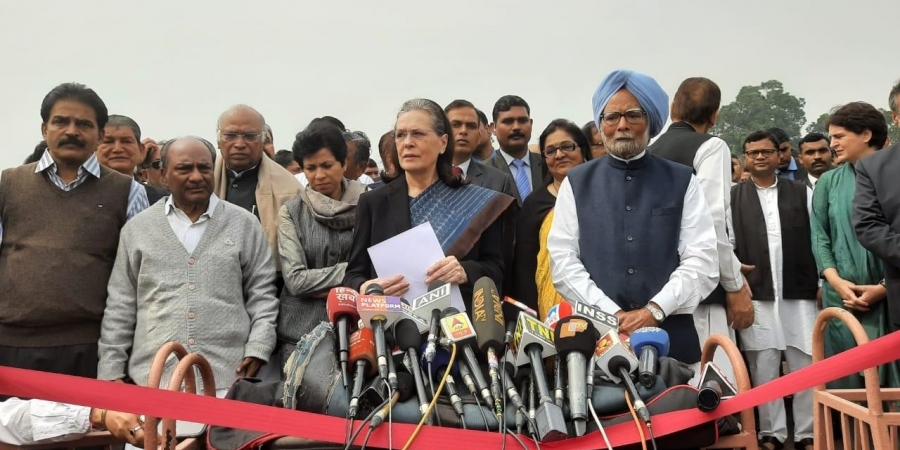 Reading out parts of the memorandum before the media outside the Rashtrapati Bhavan, Sonia Gandhi said that instead of taking remedies to diffuse the situation in Delhi, the Centre and the newly-elected Delhi government have remained “mute spectators” to the violence.

The violence has taken the lives of 34 people and businesses have fallen prey to looting, Gandhi said.

The party also asked the president to call for the resignation of Home Minister Amit Shah over alleged “abdication of duty” during the violence.

Manmohan Singh, in his remarks to the media, said the Congress leaders called upon the President to convey to him that what has happened in the last four days in the national capital is a matter of deep concern and national shame.

He alleged that there had been a “total failure” on the part of the central government to control the situation.

The Congress requested the President to remind the central government of its ‘raj dharma’, Singh said.