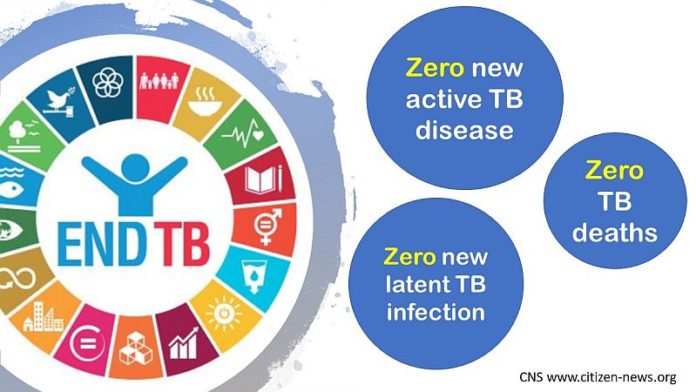 TB is preventable, treatable and curable. Science shows how can we effectively prevent, accurately diagnose, treat with an effective regimen, and eventually cure TB. But are not we failing to translate scientific wisdom in public health gains? How can we explain over 10 million new cases of TB and 1.6 million TB deaths (including 300,000 TB deaths among people living with HIV) in 2017 (source: WHO Global TB Report 2018)? 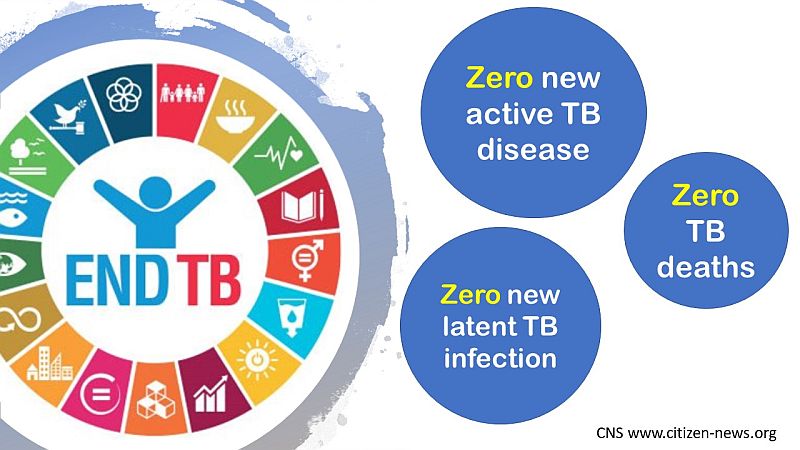 Recognizing the compelling urgency to prevent the avoidable burden of disease as well as avert premature deaths, a Call To Action was launched at TB HIV Symposium around the 10th IAS Conference on HIV Science (IAS 2019) in Mexico, which underlines: “TB is not only treatable and curable but also preventable.”

“I think I have had a mixed reaction to the targets (30 million people to get TB preventive treatment (TPT) by 2022, among which would be 6 million people living with HIV). I think this is a good place to start as this calls for a lot of government and donor commitment along with a lot of civil society engagement too to ensure that those who are hard to reach are reached with services. This could be a huge target if we aim to reach those who are hard to reach, but it could also be an easy target for programmes that are well designed to leave no one behind. So, I think it is up to us to ensure that we are all playing our roles in achieving these targets. But we hope that we will increase it even further and ensure that everyone is able to prevent TB” said Maurine Murenga, whose seminal contribution to bringing community voices centre-stage in TB, HIV and malaria responses is widely recognized.

She spoke with CNS (Citizen News Service) on the sidelines of TB HIV Symposium in Mexico. She has been living with HIV openly since the early 2000s and leads Lean on Me Foundation in Kenya. She is a board member representing Communities on the Board of the Global Fund to fight AIDS, Tuberculosis and Malaria (The Global Fund), and is the Communities Representative at the TB Alliance Stakeholders Association.

WHY WERE PEOPLE WITH TB MISSING IN THE FIRST PLACE?

“Just recently we have been doing an exercise called finding missing TB cases. I think one question we need to ask ourselves is, why are these people with TB even missing in the first place? These are the questions that if we honestly answer, then we are going to begin the journey of ending TB” said Maurine Murenga.

“Civil society is known for pushing governments to meet their commitments, so that TB services are actually available, and they are provided in a way that promotes and respects human rights. We need to move beyond laboratories and hospitals to the community to be able to understand the community, create awareness, support access, adherence and retention and address all the barriers that come with it” added Maurine Murenga.

First scientific evidence how TB impacts people living with HIV came in the early 1980s – soon after first HIV case got diagnosed in the world. But even today we are grappling with the sad reality that TB, being preventable, treatable and curable, is still the lead cause of death for people living with HIV. “We have been trying over the years to integrate TB and HIV but we have not got it right yet. When we have targets for HIV then we have targets for TB too – we have a clear direction where we are going around the two epidemics. I think it is time to start having honest conversations on how best to integrate them at country level” reflected Maurine Murenga, who was in conversation with CNS Health Editor Bobby Ramakant.

People living with HIV have heightened vulnerability to TB so TB preventive therapy, as well as TB diagnostics, treatment and care services, must reach them all. Other key populations who are at elevated risk of TB should also get a full spectrum of TB services including TB preventive therapy.

“We need to identify people-centred interventions. We have to understand the people, their needs, complexities with which they live, and understand what works best for them” rightly emphasized Maurine Murenga.

The multi-sectoral accountability framework is indeed key to monitor the progress of governments, as well as all other stakeholders including civil society. “Communities also need to be working together, as I feel that we are together as a community but back to back. There is no time to lose as we have to unite to deliver on the promise to end TB and AIDS. We already have the knowledge that treatment is prevention, especially in the context of rolling out treatment for latent TB infection. Now we really need to step up and work together in order to ensure all evidence-based approaches and tools to prevent, diagnose, and treat TB, and latent TB, are maximally leveraged to end TB and end AIDS” rightly said Alberto Colorado, a noted TB and human rights advocate from TB Coalition of Americas.

Dr Suvanand Sahu, Deputy Executive Director of Stop TB Partnership, underlined the urgency warranted in efforts to end TB. By adopting the UN Sustainable Development Goals (SDGs), 193 countries have promised to end TB by 2030 (137 months left to achieve this target of TB elimination). India, with the highest burden of TB globally, has ambitiously set the deadline to end TB nationally by 2025 (77 months to go). The urgency to cut the chain of transmission of TB infection was never so acute. We have to ensure that TB bacteria does not get transmitted from any patient to an uninfected individual. To achieve this zero transmission, we will have to provide accurate diagnosis and proper effective regimen that works for an individual, with full care and support without delay. We also have to ensure that no person with latent TB goes without being offered TB preventive therapy with dignity and respect to human rights. Ending TB is not just about meeting a deadline but is essentially a human rights imperative now.

(Bobby Ramakant is a World Health Organization (WHO) Director General’s WNTD Awardee (2008) and serves as a Health Editor at CNS (Citizen News Service). Follow him on Twitter @bobbyramakant, @CNS_Health, or visit www.citizen-news.org)