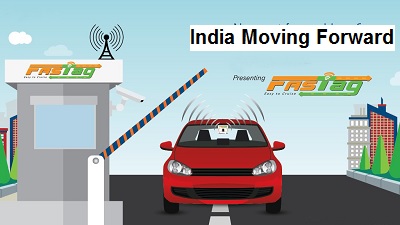 The FASTag Project in India: A long way to go with many Cyber and Physical threats to plug

New Delhi (CSI): On 01 December 2019, India will migrate to the Electronic Toll Collection (ETC) Systems and will be among the developed countries to implement the FASTag project for the vehicles that ply on Indian Roads. The long queues, the problems of tendering exact change, the collection of the balance change, the quarrel on the booth, the hassles of delay, cost of storage and transportation of cash, the misconduct of booth staff/commuters, the loss of the printed slip, the manning problems of the booth, the misappropriation of the booth staffing service provider, and many more such problems will be long gone.

The FASTag is an RFID (Radio-frequency identification) tag, that is unique to the vehicle and which is linked to an account (prepaid/postpaid), from which the toll charges will be deducted. It will be a mandatory instruction and even the exemption class at the toll booth will now be provided with the tag that is usable and track-able. At the core of all this is the technology that drives this project.

The FASTag is a sticker containing an embedded chip and antenna (Transponder) with a reader to capture the Tag ID (supposedly, which can be read from about 80 feet distance from the vehicle by the reader). It is affixed on a vehicle’s windscreen to enable automatic collection of toll charges when the vehicle passes through a toll plaza, without the need to stop at the toll booth. At the front-end, the FASTag employs RFID technology to help recognise the passing of a vehicle along with details such as the vehicle class and the status of the tag. At the back-end, it is connected to your bank account or wallet to enable automatic deduction of charges, as also the credentials of the vehicle to which the Tag belongs.

All such projects guided by technology to include the FASTag project also comes with vulnerabilities. The modalities of the FASTag project is simple and workable, yet will encounter issues related to Implementation, Privacy, Security, Threats, Crime, etc.

The Physical Challenges are as below:

(These physical issues are addressable through proper means, yet they are challenges that cannot be ignored)

Another area of concern is the ownership of the project: India should have adopted an indigenous approach, developing its own ISO standards and based on the indigenous framework, also the Tags and the System should have been manufactured in India rather than importing from FEIG ELECTRONIC, Germany (as reported in the media). All the more important were the used encryption algorithm, as it should have been India’s own with sole IPR.