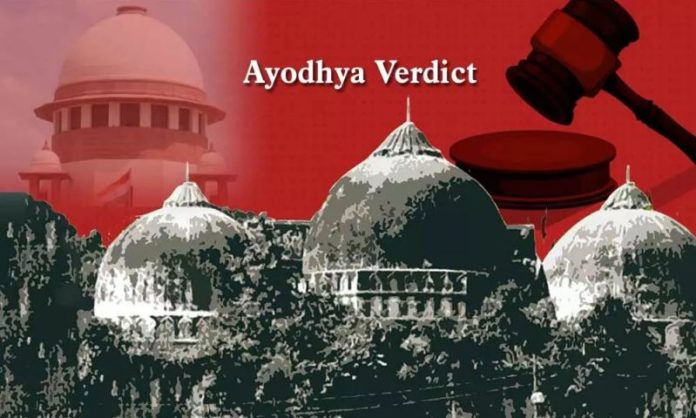 THE VERDICT: IS THERE CLOSURE?

The long-awaited verdict on the contentious issue of the disputed land in Ayodhya was finally delivered by the Supreme Court on 9 November 2019. The judgement has come after a 70-year old conflict filled with acrimony, divisiveness, hate and violence between sections of the Hindus and Muslims of the country. At the core of the issue was the Ram Mandir – Babri Masjid dispute: was there a temple on the place where the Masjid was built? To whom should the land be given to?

For the five-member Constitution bench headed by the Chief Justice of India Ranjan Gogoi and comprising Justices S. A. Bobde, D.Y.Chandrachud , Ashok Bhushan and S. Abdul Nazeer delivering the verdict was not an easy task- given the fact that the dispute has been one of the longest in the country’s history and secondly, it has always been a very emotional issue between the country’s majority community: the Hindus and the largest minority community : the Muslims. The verdict was a unanimous one, relying on the findings of the Archaeological Survey of India (ASI) 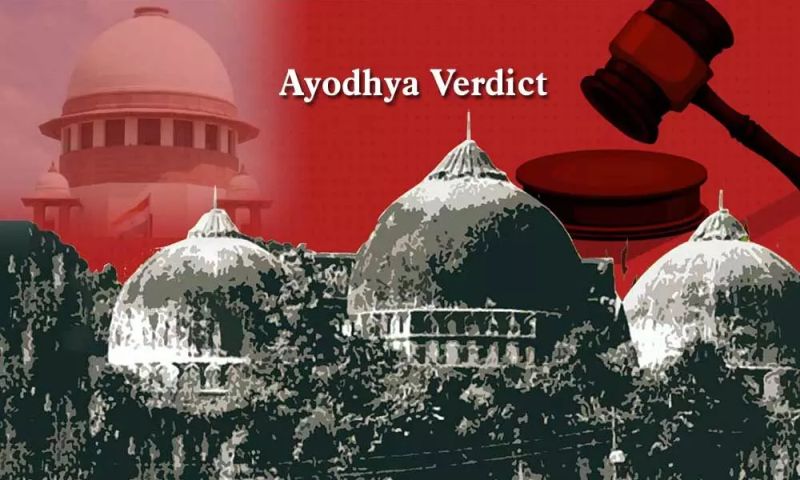 Some of the key points of the 1054 pages landmark judgement include that:

– the entire disputed land of 2.77 acres in Ayodhya must be handed over for the construction of a Ram Mandir

– the Central Government has been directed to formulate a scheme in this regard within three months. A Board of Trustees must be set up for construction of temple

– the findings of ASI report cannot be brushed aside as conjecture

– ASI reports indicate that the Babri Masjid was not built on a vacant land. The underlying structure was not of Islamic origin. The faith of Hindus that the place is birth place of Lord Ram is undisputed. 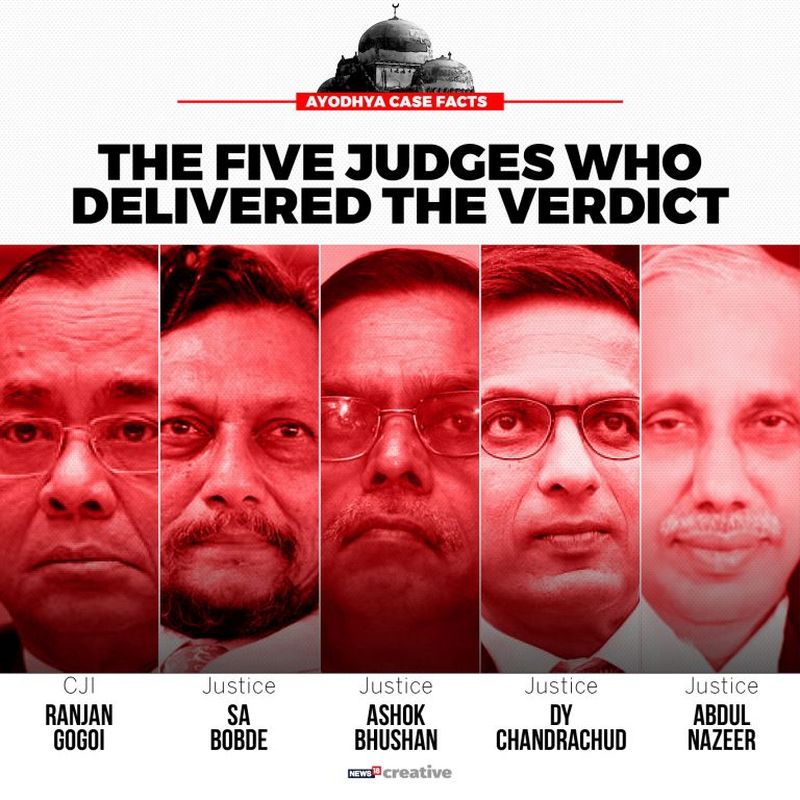 – the suit by Nirmohi Akhara was time barred

– the Sunni Waqf Board has not been able to prove adverse possession. There is evidence to show that the Hindus had been visiting the premises prior to 1857

– there is evidence to show that Hindus worshiped in the outer courtyard of the disputed site. As regards the inner court yard, there is no evidence in the suit by Sunni Board to show exclusive possession prior to 1857

In order to understand this judgement, which is bound to have far- reaching implications, one needs to briefly go through the way the dispute has evolved over the years. The Babri Masjid was apparently built in Ayodhya in 1528. Some Hindu groups claim it was built after a temple was demolished; though the ASI has found some remains of and from a previously built structure, there is no conclusive evidence that it was in fact a temple. The first recorded communal clashes over the site took place in 1853.Some years later in 1859, the British administration put a fence around the site marking separate areas of worship for Hindus and Muslims; this lasted for almost ninety years. In 1949, for the very first time, the dispute on the property went to court, after idols of Lord Ram were found placed inside the mosque. 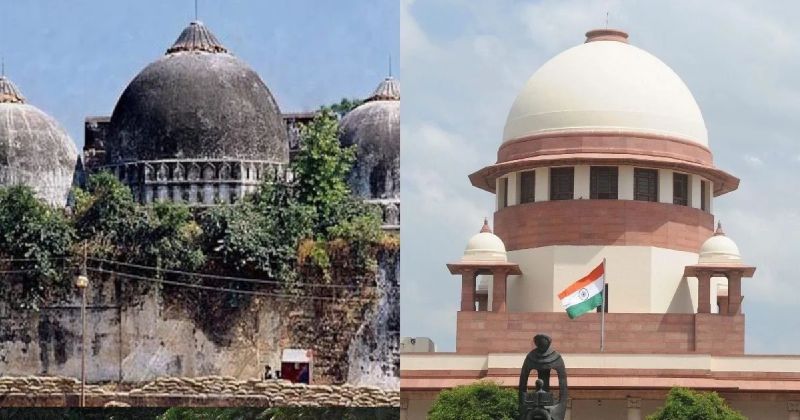 Some Hindu groups formed a committee, in 1984, to begin the construction of a Ram temple. Three years later, a district court ordered the gates of the mosque to be opened after almost five decades and allowed Hindus to worship inside the “disputed structure.” A Babri Mosque Action Committee was formed by Muslim groups. In 1989, the foundations of a temple were laid on land adjacent to the “disputed structure”.

A watershed year was 1990, when the then BJP president LK Advani took out a cross-country rath yatra to garner support to build a Ram temple at the site. This yatra polarised a good section of the Hindu community. An immediate result was that some volunteers of the Vishwa Hindu Parishad (VHP) stormed the disputed area and partially damaged the Babri masjid. December 6, 1992 will certainly go down in the history of the country as one of its blackest days! On that infamous day members of right-wing Hindu groups, took law and order in their own hands and demolished the mosque! Communal violence followed all over the country, in which hundreds of people lost their lives and widespread destruction. 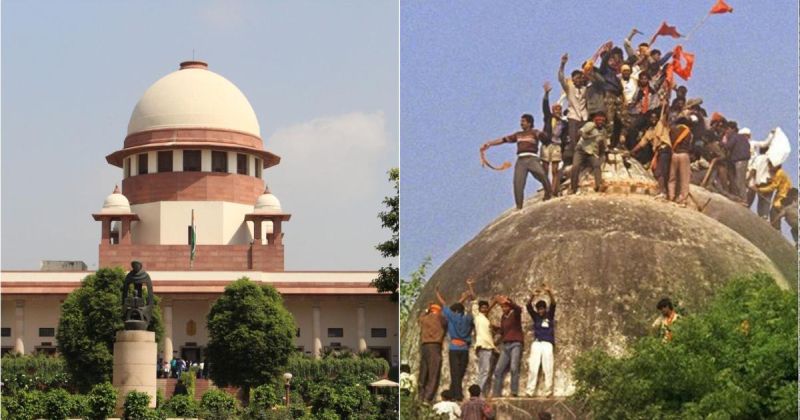 The then Congress Government at the Centre immediately set up the Liberhan Commission was set to probe the demolition of the mosque. Strangely, only seventeen years later in June 2009, the Commission submitted the report of its inquiry, naming LK Advani, Atal Bihari Vajpayee and other BJP leaders as those responsible for the demolition. Earlier, in September 2003, a court ruled that seven Hindu leaders, including some prominent BJP leaders, should stand trial for inciting the destruction of the Babri Mosque. But no charges were brought against Mr Advani who was then the Deputy Prime Minister of the country under Vajpayee. A year later, an Uttar Pradesh court ruled that the order which exonerated him should be reviewed. The case against the BJP leaders, including Murli Manohar Joshi and Uma Bharti as well, is being heard by a trial court in Lucknow. In July this year, the Supreme Court extended the tenure of the judge hearing the case and set a nine-month deadline for the verdict.

Writing in ‘The Wire’ (9 November 2019), well-known writer and political analyst Siddharth Varadarajan says, “The court acknowledged the manner in which Ram idols were planted in the mosque was illegal and that the mosque’s demolition in 1992 was “an egregious violation of the rule of law”. Yet, the forces responsible for the demolition now find themselves in legal possession of the land. The site will be managed by a trust that the government will now set up. And the government and ruling party have in their ranks individuals who have actually been charge sheeted for conspiring to demolish the mosque”. Whether the cause of justice, on this matter, will ultimately be served, is at this moment, anybody’s guess! 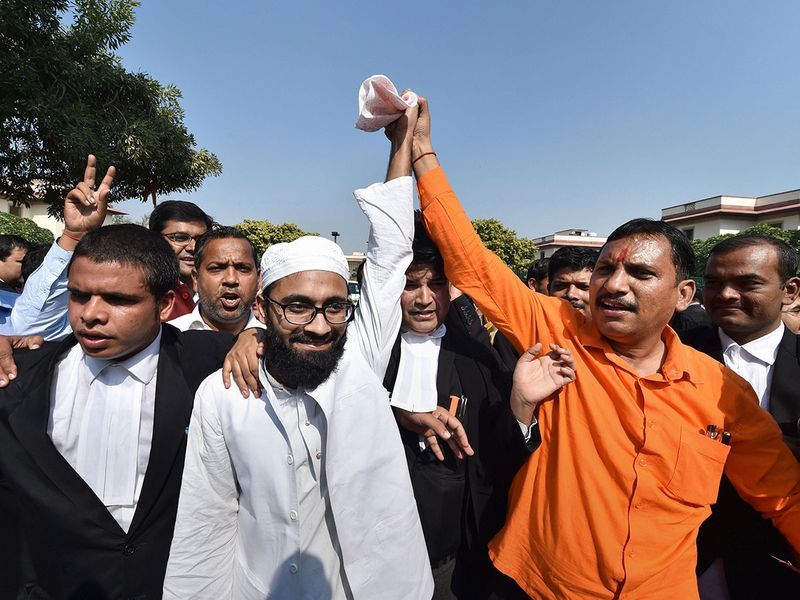 Finally, a five -judge Constitution bench began daily hearings from various stake-holders on 6 August this year; the hearings went on for forty days till 16 October After mediation proceedings by a Supreme Court-appointed three-member team failed to find an amicable solution to the dispute earlier this year, a five-judge constitution bench began day-to-day hearings on August 6. The daily hearings at the Supreme Court came to an end after 40 days on October 16. The verdict was reserved and set to be declared before November 17 (the day on which Chief Justice Ranjan Gogoi, who is due to retire). Finally, the verdict was delivered today 9 November 2019.

The verdict has obviously drawn mixed reactions: a good percentage of the country will breathe a sigh of ‘relief’ that after years there is some kind of ‘end’ to an age -problem. There were enough indications since the last few days, that many if not some, seemed to had an inkling or guessed what the ‘final order’ would be like. The posturing and utterances of several key leaders from the BJP/VHP/RSS combine, that “there should be no celebrations” is indicative enough of this. True, there have been no big ‘celebrations’; but in keeping with their DNA some right-wing leaders have been making unnecessary statements and were even distributing sweets. At the time of writing this, there are no reported cases of violence. However, in some areas of Ahmedabad, where a sizeable section of Muslims lives, like Naroda Patiya – these areas had a deserted look; people had locked their houses and gone away. They are afraid that they witness a repeat of the Gujarat Carnage of 2002!

Most Muslim groups on the other hand, are not happy with the verdict; some of them have gone on record, to say that they may consider a review petition. Finally, we do have a verdict on a vexatious issue…but, one wonders if we, the people of India are confident that there is a closure too!!!

Fr Cedric Prakash S J has posted an interesting picture which answers his own question.