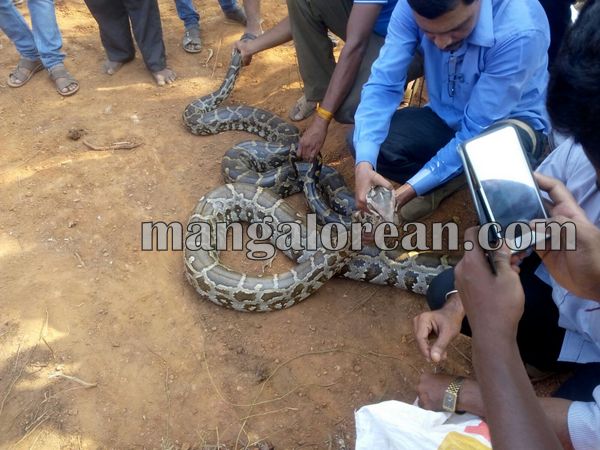 A video clip and photographs of the pythons have gone viral across social media where the pythons were publicly decapitated, skinned, cut into pieces last week.

“The tribal men were arrested after the forest department filed an FIR in accordance with the Wildlife (Protection) Act, 1972”, Sukladas told IANS over phone from Kanchanpur, 210 km north of Agartala.

“The men brought the pythons to their village Kathalbari and slaughtered them publicly. They decapitated the pythons and cut them into pieces in the local market. Local tribals consumed the pythons’ meat later,” the DFO told IANS.

Several NGOs and wildlife activists have protested the killing of the pythons. They said that this illegal practice of destroying forests and wildlife has been going on for years, but no action has been taken or awareness drive carried out.