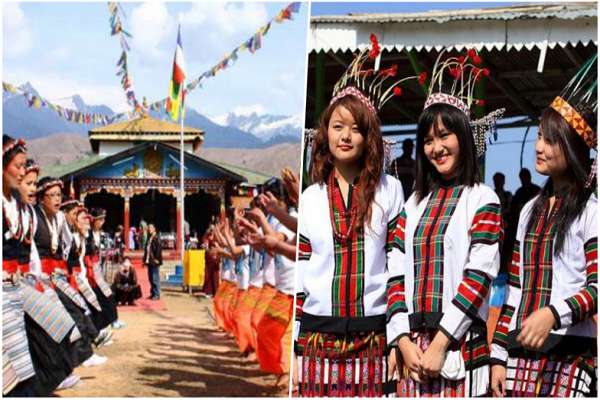 “Greetings to the people of Mizoram on Statehood Day. The entire nation admires the state and its people for their values and vibrant culture. May the state scale new heights of progress in the coming years.”

The Prime Minister tweeted, “On the occasion of their Statehood Day, greetings to the wonderful people of Mizoram. We are proud of the rich culture of this state. Those belonging to Mizoram have excelled in many spheres and contributed to India’s growth. Praying for Mizoram’s development in the coming years.”

“I convey my warm greetings to the people of Mizoram and Arunachal Pradesh on their Statehood Day. People from these two beautiful hill states have made immense contribution to India’s growth and development. #Mizoram #ArunachalPradesh”, Vice President M.Venkaiah Naidu tweeted.

Taking to the micro-blogging site, Union Home Minister Shah wrote: “Greetings to the people of Arunachal Pradesh on their 34th Statehood Day. The land of the dawn-lit mountains has a rich cultural heritage and is blessed with spectacular natural beauty. I pray for the continued progress of the state under the leadership of CM @PemaKhanduBJP ji.”

“Extend my warm wishes to the brothers and sisters of Mizoram on their Statehood Day. The state of Mizoram is well known for their vibrant culture and hospitable nature. I pray for the growth and all-round development of the state.”

Uttar Pradesh Chief Minister Yogi Adityanath wrote, “Best wishes & greetings to the people of Arunachal Pradesh on their Statehood Day. Blessed with natural beauty & rich cultural heritage, I am sure that the land of rising sun will continue to contribute in nation-building under young & dynamic leadership of CM Sri @PemaKhanduBJP Ji. I extend my warm wishes to people of Mizoram as they celebrate Statehood Day. Mizoram is blessed by mother nature & has cherished it’s unique cultural heritage. I am sure that state will scale new heights in development & will continue to prosper & contribute in India’s growth.”

“Best wishes to my brothers & sisters of Arunachal Pradesh on their Statehood Day. Arunachal is blessed with rich cultural heritage. CM @PemaKhanduBJP Ji is doing great work for the development of the state. I pray for the progress and prosperity of the state” tweeted Union Minister Kiren Rijiju.

Meghalaya Chief Minister N.Biren Singh extended his greetings and wrote: “My heartfelt greetings to the people of #ArunachalPradesh on their #StatehoodDay. Under the able leadership of CM @PemaKhanduBJP ji and MP @KirenRijiju ji, I wish for continued progress, peace and prosperity of the state.”