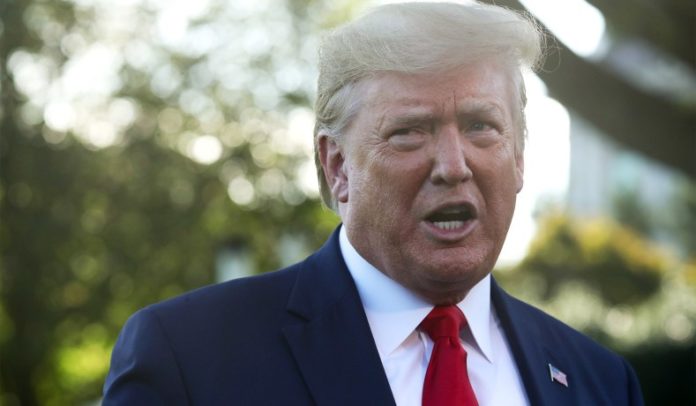 Trump on way to India with great expectations

At the Joint Base Andrews, he boarded the Air Force One at about 10 a.m. local time (8.30 p.m. Indian Standard Time) for take-off to Ramstein Air Base in Germany from where he will head to Ahmedabad after a scheduled 90-minute stopover.

Trump is scheduled to arrive in India on Monday.

He had earlier tweeted, “Look so forward to being with my great friends in INDIA!”

Trump, who had last visited India in 2014 as a real estate businessman, returns as President this time.

He and First Lady Melania Trump are accompanied by a 12-member official delegation that includes his daughter Ivanka and son-in-law Jared Kushner, who hold the title of senior adviser to the president.

The visit, 19 days after his acquittal on impeachment charges by the Senate and the earlier controversy over a standoff with Teheran following the killing of Iranian military leader Qasem Soleimani with is Trump’s first foray abroad and is an attempt to position himself as a statesman admired by millions.

Trump is probably more popular in India than in the US if the Pew Research opinion poll that showed 56 per cent of Indians having confidence in him is to be taken as a measure of his popularity.

In the US, his approval ratings in recent polls range between 42 per cent and 49 per cent for an average of 46 per cent, according to the polls aggregator RealClear Politics.

The highlight of his visit is the “Namaste Trump!” event at the Sardar Patel Stadium in Ahmedabad, where he is expected to address a crowd of about 120,000.

For him, and First Lady Melania Trump the next stop is to be Agra and the Taj Mahal.

They fly to Delhi Monday night for fully-packed Tuesday, when he is to hold bilateral talks with Modi, meet Indian investors in the US manufacturing sector and attend a State Dinner at the Rashtrapati Bhavan.

Trump, who is into superlatives and records, probably meant the crowds for a visiting leader when he claimed that Modi had told him he would have “the biggest event they’ve ever had”.

The much-awaited trade agreement between India and the US is not going to be concluded during the visit as the negotiations are continuing.

But a senior White House official said that other deals in trade, energy and defence are likely to be announced during the visit.