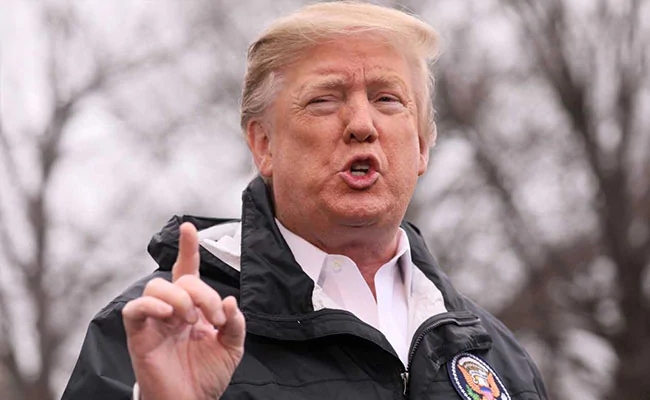 Trump says he has ‘legal right’ to act on criminal cases

Washington: US President Donald Trump has tweeted he has “the legal right” to intervene in criminal cases after his attorney general complained White House tweets were making his job “impossible”.

In his post, Trump also denied he had ever meddled in any cases, the BBC reported on Friday.

America’s top law officer William Barr on Thursday asked Trump to stop his tweets, saying he would not be bullied.

Barr spoke out after Trump renewed his attack on the criminal trial of his ex-adviser, Roger Stone.

Prosecutors had recommended Stone serve a stiff sentence, but Trump tweeted that was unfair.

It is legally ambiguous whether the US president has the authority to order the attorney general to open or shut a case.

The Department of Justice has been meant to operate without political interference since the Watergate scandal of the 1970s.

On Friday, McCabe’s lawyers announced the justice department had closed its criminal inquiry into whether their client had lied to investigators about leaks to the media.

The New York Times meanwhile reported Barr had appointed outside prosecutors to review the case against another Trump ally, Michael Flynn.

Flynn, who was Trump’s first national security adviser, previously pleaded guilty to lying to investigators in a federal inquiry, but later withdrew co-operation and is in the midst of trying to recant his plea.

Barr said on Thursday that Trump “undercuts” him by tweeting, making it “impossible for me to do my job”.

“I cannot do my job here at the department with a constant background commentary that undercuts me,” he added.