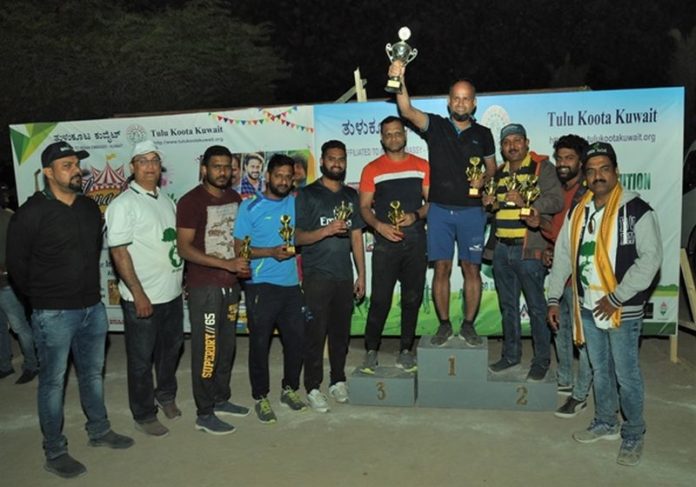 Tulu Koota Kuwait Family Picnic – A great day of Family get together, Sports meet and Enjoyment

Kuwait: On Friday, February 7, 2020, Tulu Koota Kuwait under the leadership of Dynamic President Ramesh S Bhandary and coordination of Sports Secretary Roshan Quadras held its annual picnic at Mishref Garden, Kuwait. Although slight drizzling on the previous night had caused great concern amongst committee members, yet the windy and dusty weather did not lessen the enthusiasm and excitement of Tulu Koota Kuwait members. Over 1000 members enjoyed the fun-filled day. 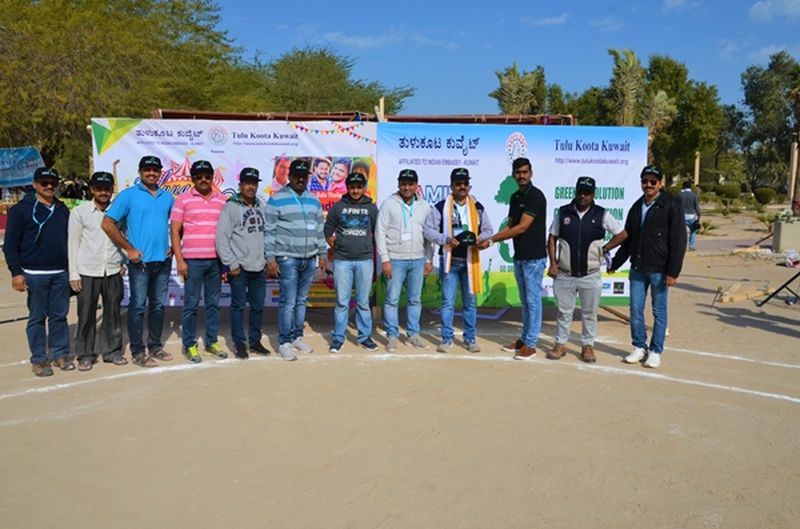 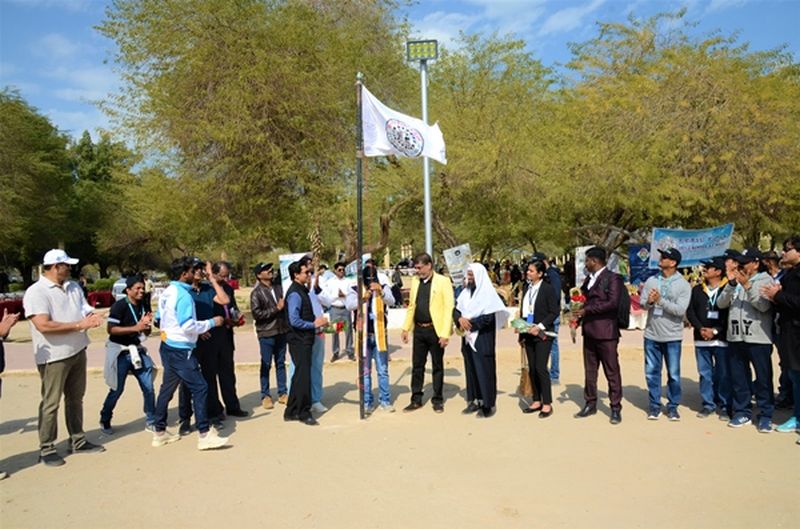 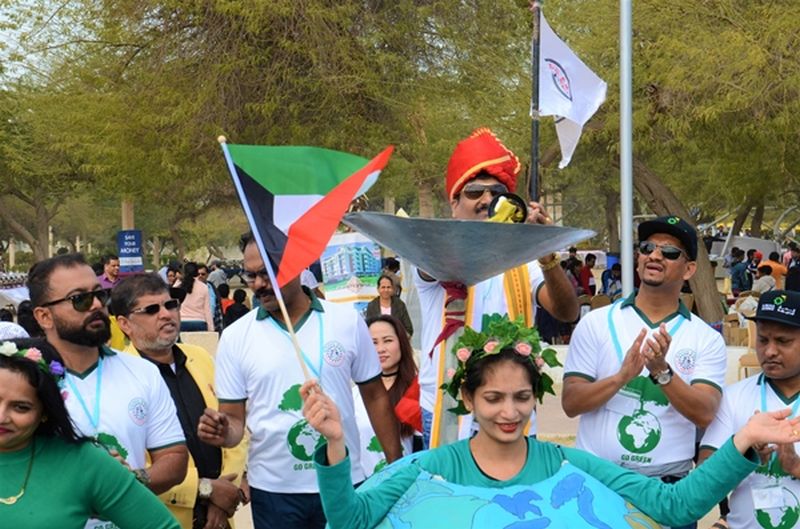 MC of the occasion Manoj Shetty & Priya Devadiga welcomed the audience and Chief guests for the event Dr Jeshna Rajan- Badr Al Samaa Clinic, Dr S M Hyther Ali- Chairman of TVS Hyder Group, John Simon- Group Manager for Corporate Sales and Event Marketing, Al Mulla Exchange, Pradeep, owner of Geetherb medicine and Lokesh & Team from NH Assets. The program kicked off with Kuwait & Indian National anthem. The guests in their address to the audience, praised Tulu Koota Kuwait unwavering efforts to unite people through language, and also the solid philanthropy and charity work being carried by the association was applauded. The presidents of different South Canara associations in Kuwait were also amongst invited dignitaries for the event and were welcomed with a flower bouquet. This was followed by the release of “Tulu Nada Jathre flyer”. Tulu Koota Kuwait President, Ramesh S Bhandary in his speech welcomed the dignitaries and emphasized the significance of the annual picnic gathering. He further elaborated on the innovative concept of “Tulunada Jathre” being initiated this year and requested fervent support and participation from all members in this wonderful program scheduled to be held on Friday, March 27, 2020, at Indian Central School Indoor Ground Abbasiya. As part of days celebration, TKK’s Flag hosting was done by President, Ramesh Bhandary. “Go Green Global concept” by Tulu Koota members was the highlight of the inaugural ceremony. This act was directed by talented committee member Suresh Salian. .
The act beautifully conveyed the message of sustainability, and climate change and raised awareness on how to fight it, how to live green. The traditional inaugural of the sports event was done by breaking of coconut by Sports Secretary Roshan Quadras. TKK First Lady Anitha Ramesh Bhandary led the sports march holding the traditional torch followed by the Go Green Global team holding different country flags with plant pots, followed by President, committee members and Sponsors of TKK. The president officially inaugurated the Sports Event by officially lighting the Sports Lamp. 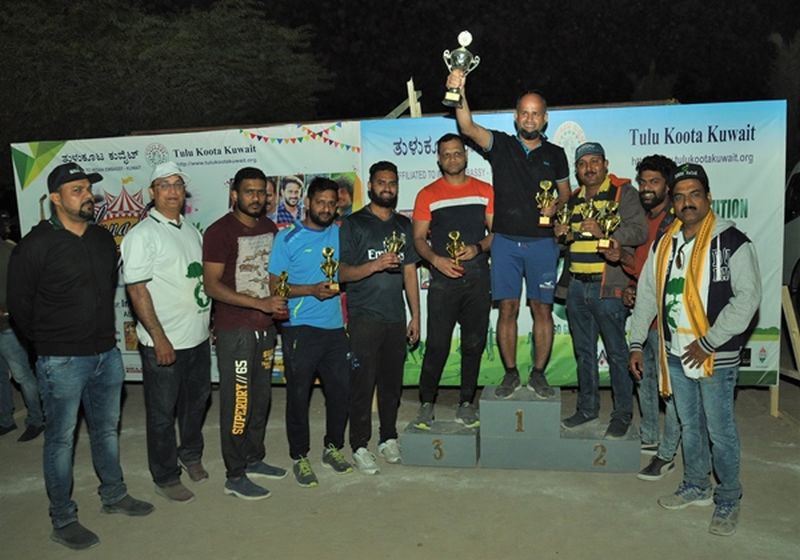 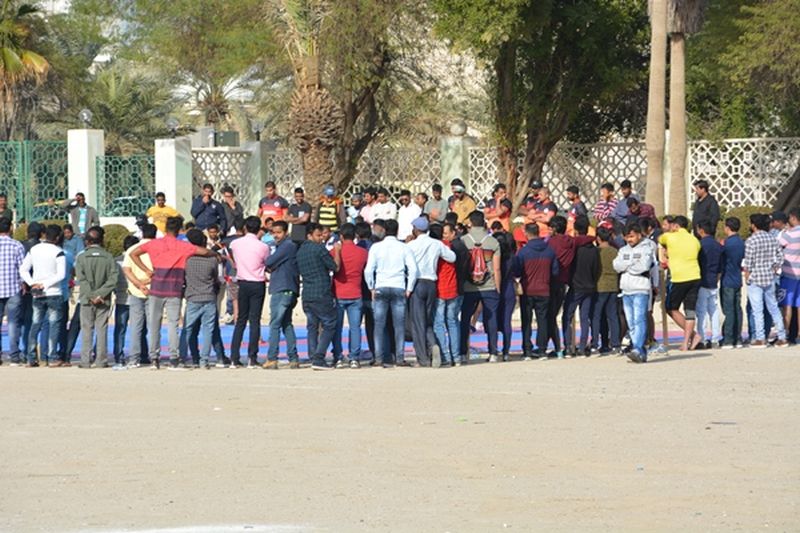 Delicious and authentic Mangalorean lunch for the event was served by Oriental Restaurant Kuwait. Sounds and lights support for the event was provided by Anand, while the beautiful moments were captured in camera by Blen D’Souza and Rajesh Devadiga.