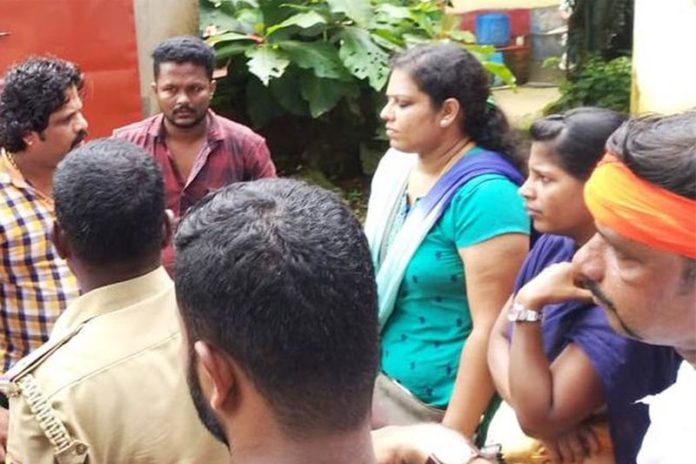 Karkala: Two women were caught by pro-Hindu outfits at Mavinakatte, Nandalike near Belman here on Monday, September 9 for allegedly trying to convert people to a Christian denomination.

It is said that the women had been going door-to-door handing out religious pamphlets to people in the area for the past one week. The women were also collecting addresses, mobile numbers and other personal details from the people, it is alleged.

On receiving information, pro-Hindu outfits along with some locals caught the women on Monday and handed them over to the Karkala Rural police.

Christ did not come into this world to start any religion, but unfortunately these days some fanatical Christians who are brain washed fundamentalists think that proselytizing is everything. Go and spread the Good news never meant, go and offend people of other faith by distributing pamphlets and Bibles. The Good news is not the printed material, but the message of empowerment through education that every human being is created by God and that the Almighty wants them to live a life that is in alignment with the creator’s plan for human kind. Such acts of brainwashed fundamentalist Christians has tarnished… Read more »

May be they belong to Jehova witness group