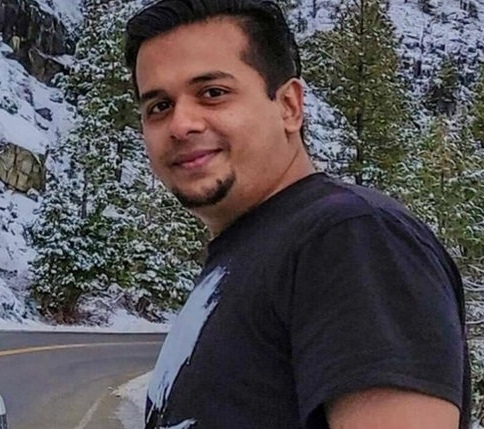 USA: The only son of an Indian family in Sharjah was shot and killed in a supermarket robbery in the US on Wednesday morning.

Neil Kumar, 30, who grew up in the UAE, was pursuing his master’s degree in computer science at Troy University in Alabama.

He was working as a part-time clerk at a gas station in Pike County, Alabama, where the attack happened. Kumar is survived by his father Kumar Purushu, mother Seema and two sisters who are married and settled in the US.

His family – long-time residents of Sharjah – broke down upon hearing the tragedy, and has flown to the US for the funeral, a close relative, Ramanan Vengali, told Khaleej Times.

Describing the crime, the relative said Neil was shot within minutes after opening the supermarket for business on Wednesday morning.

“Neil opened the gas station at 6 am and at around 6.15am, a masked gunman barged into the shop and asked him to hand over the cash. The video footage released by US authorities shows that Neil did not put up any resistance and obliged. But the criminal went behind the counter and shot him point-blank,” said Vengali, a sales director in a Dutch company in Dubai.

Police Chief Moses Davenport told the local media that they are searching for the suspect and is looking through surveillance camera evidence. Pike County law enforcement has also released the footage of the crime and gave out the description of the suspect as a “male dressed in all black with white gloves and armed with a gun.”

Vengali said he was present when the police chief called Purushu and informed about the homicide on Thursday morning UAE time. The officer said, “Please pray for your son. We are trying our best.” He told the father that Neil was in serious condition and admitted in a hospital. Obviously, they did not want to break the news abruptly.”

The tragic news was conveyed to the family by their son-in-law based in San Francisco later in the evening. “Both Purushu and Seema were praying all day and doing breathing exercises to keep calm. But when the news was broken to them, they were inconsolable,” said Vengali.

Neil’s father, Kumar Purushu and his wife Seema have been living in Sharjah for the last 52 years and all their three children, including Neil went to school in Dubai.

“Purushu is running a printing company and he is all set to release a new book on Dubai’s development over the last 50 years. His plan was to go back to Kerala to look for a bride for Neil. But fate had other plans.”

Vengali described Neil as a kind young man who was always ready to help others. “That was his greatness. Even while in the US, his father’s friends would call him for help with IT stuff and he would never say no. They are all in tears now.”

Students and staff of Troy University – where Neil studied, expressed shock and is holding a condolence meeting on Monday.

“The Troy University community is shocked and saddened by this act of violence and we extend our deepest condolences to Neil’s family and friends,” a university spokesperson was quoted in local media.

“We don’t know yet about the funeral date. His parents reached US on Sunday morning and are waiting to clear the formalities,” said the relative.