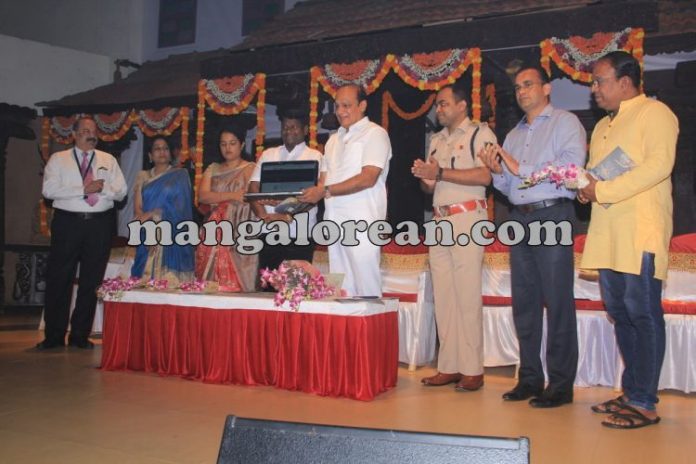 Udupi: The World Tourism Day was observed under the aegis of the district administration, the Tourism Department, Nirmithi Kendra and Malpe Beach development committee at Rajathadri, Manipal here on Wednesday, September 27.

In his message, Vinay Kumar Sorake said that India, with its great cultural diversity, has a great potential in the tourism sector. Tourism plays a major role in shaping the global economy and is an integral part our life. Tourism contributes to the GDP of the country in a significant way. It also has a distinct aspect of creating jobs.

Udupi district is the hub of many tourist spots and the beaches marking the border of the district are a valuable resource. it is necessary for private entrepreneurs to come forward to develop the district and other parts of coastal areas in line with the development of tourist spots in Goa and Kerala. Previously the state of Goa was in the first place in the field of tourism. But in the recent years, Kerala has recorded tremendous progress and secured the No.1 place. Karnataka has ample tourism opportunities and if they are utilized effectively, it is possible to generate more income with more job opportunities.

Madikeri today is developed in Tourism, more than 2000 homestays are available there and the people of Madikeri are earning good revenue from the Homestay business. If we provide proper infrastructures to the tourists, people will surely visit our beaches. If Private entrepreneurs join hands to develop tourism, Udupi district will also get a top place in tourism, he added.

Meanwhile, the government is keen on setting up an airport at Udupi that would have infrastructure for air buses to land. The Udupi airport is expected to increase the inflow of tourists to the district. He said there is a need to set up a tourism corridor connecting Ottinenne and Jomlutheertha.

He added that the Congress government had set up a task force to look into more potential spots in the district. Stating that tourism development offers plenty of employment opportunities, he said that tourism would be more lucrative as compared to the agriculture. He maintained that there is a need for farsighted vision to promote tourism

DC Priyanka Mary Francis said the year-long celebrations to boost sustainable tourism is underway. Community based tourism promotions is another unique attempt which is extensively publicised in the district. Measures would help the communities to earn livelihood and showcase local tradition, culture and cuisine. She added that local NGOs and SHGs were involved in the promotional programmes.

She said the app that is being introduced by the district administration is a useful guide tourists to visit local sites with GPS. The app also provides food and accommodation information. She called for collective efforts involving local communities.