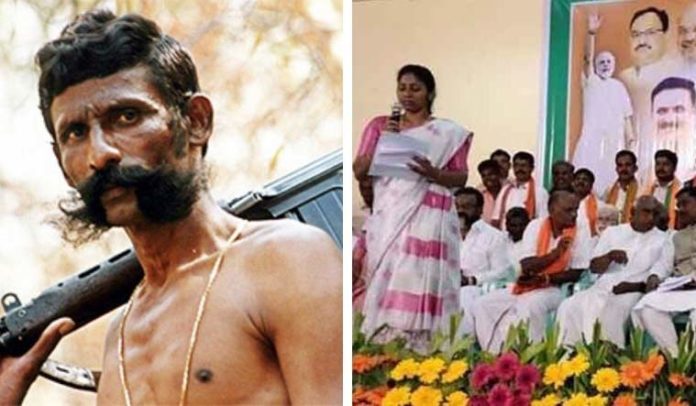 According to media reports, Vidya Rani joined the saffron party at an event organised in Krishnagiri district of Tamil Nadu. Party general secretary Muralidhar Rao and former Union minister Pon Radhakrishnan were present at the event. 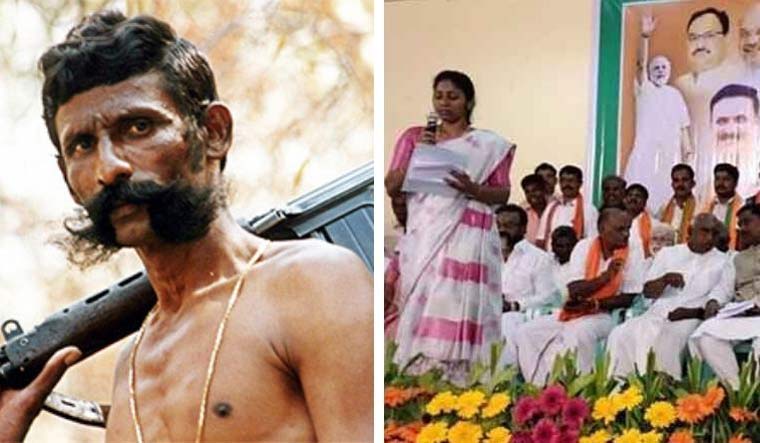 Vidya Rani, a lawyer by profession, has been an active social worker. According to a Malayala Manorama report, speaking after joining the party, she said her father too wanted to serve people, but the path he chose was wrong. She said she joined the saffron party with the intention of serving the people and the nation.

Vidya Rani, the elder daughter of Veerappan, had been in the news earlier, after the Tamil Nadu high court had intervened to allow her to marry her boyfriend after her mother Muthulakshmi objected to their wedding.