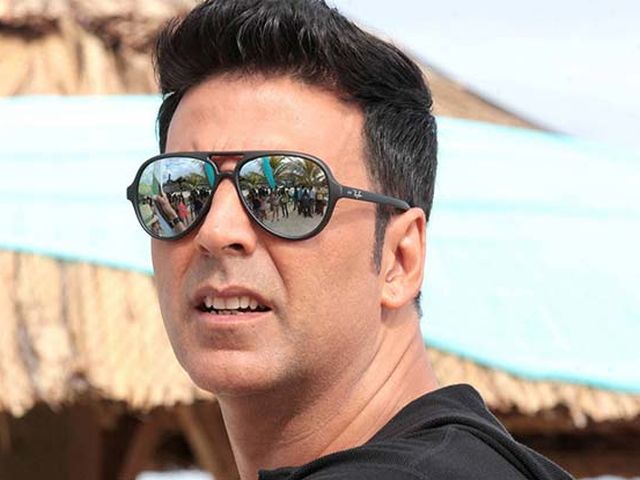 Gender-bender: Bollywood in a ‘trans’ phase

New Delhi: When mainstream superstar Akshay Kumar takes up playing a transgender in “Laxmmi Bomb”, you know change is happening in commercial Bollywood. Once upon a time, Bollywood heroism was about hypermasculinity, machismo and testosterone, and about following the formula of a guy saving a girl from five men and the two eventually falling in love. Now, mainstream actors are increasingly in the mood to experiment, and cross-gender roles — where actors and actresses go for a gender reversal with the characters they portray — are becoming commonplace.

Experiments as these in the past were restricted to supporting cast or arthouse actors. Forget playing the transgender, even cross-dressing appearances of leading men in commercial cinema was a rare incidence, mostly restricted to song-and-dance sequences. Who can forget Amitabh Bachchan’s cross-dressing gig “Mere angane mein” in “Laawaris” or Aamir Khan’s “Dole dole” in “Baazi”. Shah Rukh Khan in “Duplicate” and Salman Khan in “Hum Aapke Hain Koun!” had brief appearances as cross-dressers, and Kamal Haasan in “Chachi 420” or Govinda in “Aunty No.1” were essentially male characters that dressed as women driven by a reason in the story.

IANS looks at some of the Bollywood actors who are set to play the other gender, and also those who have made a mark in the past with transgender or crossdressing gigs in the past.

* Akshay Kumar
Bollywood’s very own ‘Khiladi’ will be seen playing a character possessed by a transgender spirit in the upcoming film “Laxmmi Bomb”. In an early photograph of the film, Akshay was seen applying kohl in his eyes. In another image he sports a saree. The film is slated to hit the screens on June 5, 2020.

* Sharad Kelkar
The guy who voiced “Baahubali” in the Hindi version is all set to be seen in a new avatar in Akhay Kumar’s “Laxmmi Bomb”. A lot is not known about the actor’s role. However, the actor was once spotted in Filmistan studio in Goregaon in a red saree. His hair was neatly tied into a bun and completing his look was matching jewellery and a big red bindi.

* Adah Sharma
“Commando” girl Adah will be seen playing a transgender woman in “Man to Man”. The film revolves around actor Naveen Kasturia’s character falling in love and marrying Sharma’s character, and later realising that she was biologically a man and became a woman after undergoing surgery.

* Prashant Narayanan
It’s often said that it is not the hero but the villain that makes a crime thriller worth watching. This was the case with Prashant Narayanan’s role of the cold-blooded and creepy transgender psycho who brutalises women before killimng them, in “Murder 2”. His character Dheeraj Pandey brought chills down everyone’s spine.

* Aamir Khan
Bollywood’s Mr. Perfect Aamir Khan did a drag queen’s dance in the film “Baazi”. That’s not it! He went ahead to play the opposite gender in some television ads for a digital service provider and a beverage brand.

* Riteish Deshmukh
He was loved for his act the sexy Sanya in “Apna Sapna Money Money”.

* Paresh Rawal
The acclaimed actor played a eunuch in Mahesh Bhatt’s 1997 release “Tamanna”. Paresh played Tikku, a eunuch, who decides to raise an abandoned girl named Tamanna, when her super-rich family tries to kill her shortly after birth. The film was feted with the National Film Award for Best Film on Other Social Issues in 1998.

* Sadashiv Amrapurkar
No one can forget Sadashiv Amrapurkar as Maharani, a transgender villain in the 1991 hit film “Sadak”. Maharani in the Mahesh Bhatt film was reportedly inspired by a real-life eunuch named Tikku. The character came to life because of the late Amrapurkar’s conviction. The actor was feted with several awards for his brilliant performance.

* Mahesh Manjrekar
Manjrekar took everyone by surprise with his portrayal of a transgender named Begum in “Rajjo”, starring Kangana Ranaut. Begum in the film runs a Kotha and his role received applauds from audience and critic alike.

* Ashutosh Rana
Ashutosh essayed a transgender named Lajja Shankar Pandey, who abducts children and sacrifices them in “Sangarsh”. His scenes of manic screaming, albeit hamfisted, had the right mainstream impact in instilling terror in the audience’s minds.