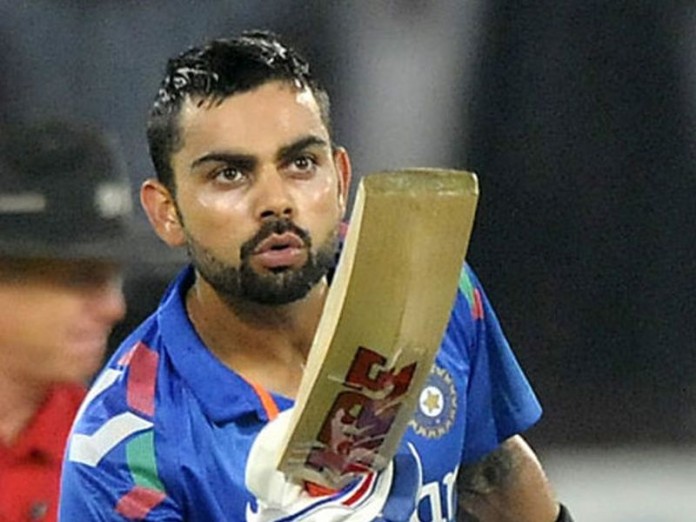 Ranchi: As expressive as he is on the cricket field, India skipper Virat Kohli was once again the topic of discussion on social media for his candid expression which was shared by Board of Control for Cricket in India (BCCI).

On Monday, which was the third day of the ongoing third and final Test between India and South Africa, Kohli’s picture with his hands raised like claws and face staring down forced many Twitter followers to compare him to rap songs of popular movie ‘Gully Boy’.

“Bhag bhag bhag, Aaya Sher Aaya Sher ..!!! (run, tiger is here) was one of the comments the BCCI Twitter handle got on the photo they shared of the enigmatic cricketer.

One of the fans captioned the photo: “How does Ravi react, when he sees a bottle of beer?”

Another one wrote: “Virat Kohli after drinking water of Ravi Shastri’s bottle.”

One of the fans further wrote: “Kohli’s reaction after Watching Bombay Velvet.”

Kohli did not get many runs in the first innings but India rode a maiden double hundred from Rohit Sharma and a century from Ajinkya Rahane to declare at 497/9.

The hosts lead the three-match series 2-0 and are on course to script a whitewash.