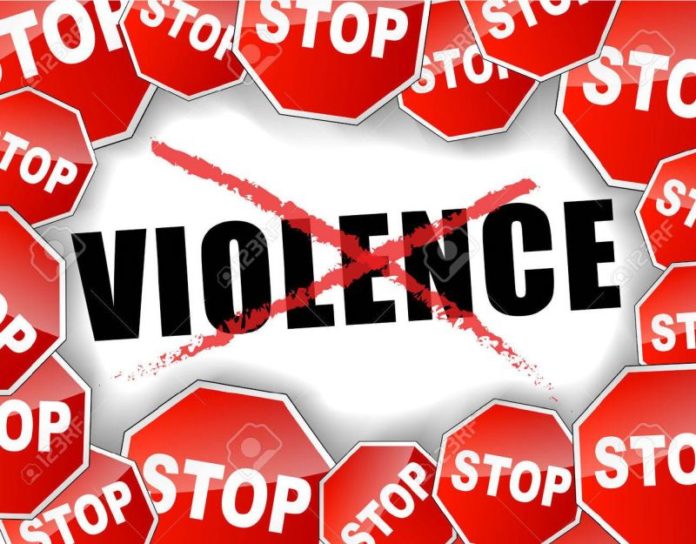 “My religion is based on truth and non-violence. Truth is my God. Non-violence is the means of realizing Him” said Mahatma Gandhi. Thanks to him, perhaps the greatest gifts which modern India has given to the world are his doctrines of ‘Ahimsa’ (Non-violence) and ‘Satyagraha’ (the force of Truth). Appropriately enough, from 2007(due to the efforts of the then UPA Government), the United Nations decided to observe the birth anniversary of Gandhi on 2 October every year as the International Day of Non-Violence.

This year 2019, this day of ‘non-violence’ is extra-special: it is the 150th birth anniversary of Gandhi. Sadly, enough the widely accepted ‘Global Peace Index 2019’ places India a miserable 141 out of 163 countries ranked. If India’s performance of the last four months must be re-valuated based on various parameters used in the survey, the country would surely figure among the most violent nations on earth today! Yes, we are violent! Violence, in India, is increasing in every sphere day by day! We lack the visionary leadership and a mass movement to mainstream non-violence! 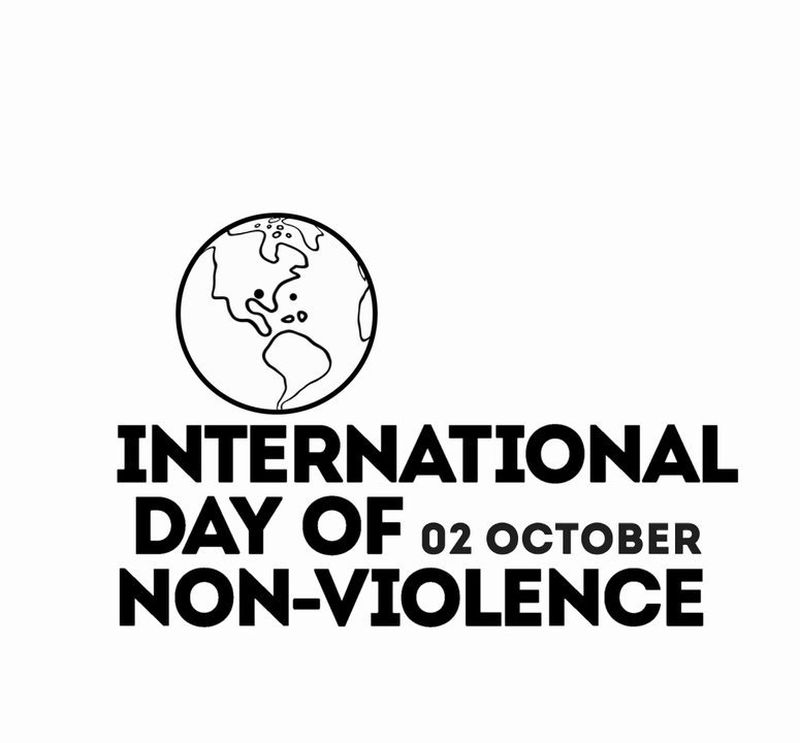 We are violent: Kashmir is a classic case today! For almost two months we have violently denied the people living there what is legitimately theirs. We have denied them their freedom of speech, expression and movement and their other human rights. The unconstitutional manner by which Articles 370 and 35 A have been abrogated would make any thinking and objective citizen to grimace in anguish! In fact, several of us, in a pernicious way have ‘celebrated’, the overrunning of Kashmir and the way the military is used to cage in people.

We are violent: the poor are impoverished day by day! On the other hand, the rich and the powerful are given licence and privileges to become richer every day. The growing gap between the rich and poor is widening as never before! For those who ‘have’ it does not matter, if their ‘lollipops’ are not snatched away. Industries are closing; unemployment has reached an all-time high; suicides of farmers and other poor in rural India are unabated. Demonetization and other faulty policies have wreaked havoc on the economy. This is also violence. We don’t seem to realize that. 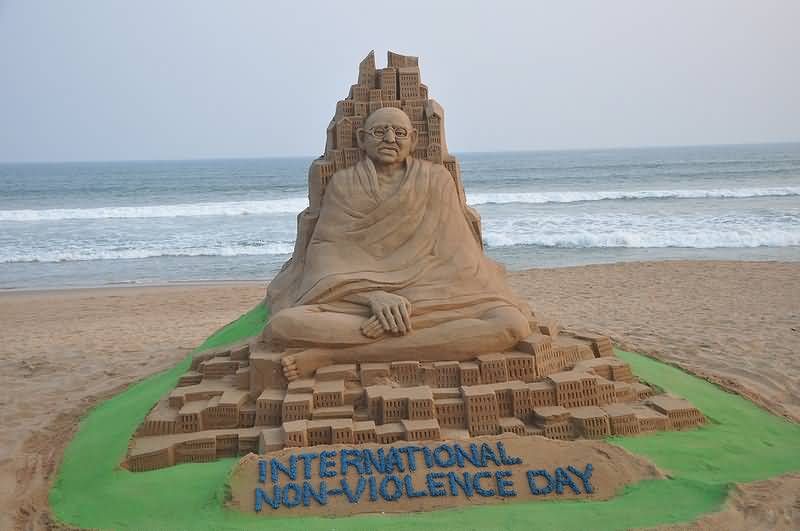 We are violent: Dalits and Adivasis in most cases continue to be marginalized. This is clearly reflected in our attitudes towards them and in our persistent action of treating them as the ‘other’. We are subtly and directly told that ‘those who scavenge are ordained by God to do so.’ Vacancies for them in education and jobs are never filled. Dalit boys who are defecating in public are bludgeoned to death by a high caste mob the forests are strategically being taken away from Adivasis and other forest dwellers: a place which they called home from time immemorial

We are violent: women and children continue to be victims of a patriarchal society. When a young girl studying in a law college is repeatedly raped by a powerful politician, it is she who is sent to jail! One needs to take a cursory glance at a daily newspaper to see how women are consistently subject to every form of violence at home and in society. Recent international studies highlight that India is no safe place for women. The same is the fate of children too; child labour is rampant!

We are violent: minorities are a soft target! We forget that India belongs to all and pluralism is our strength. Muslims and Christians are put on the back foot and frequently attacked. Hate speeches abound denigrating the minorities. Ruling party members instigate the people by questioning the ‘patriotism’ of minorities. The ‘conversion’ bogey is played repeatedly like a record pin stuck in a groove; all part of a divisive game plan. Minorities are not easily given Government jobs and, in some places, not allowed to live in the place of their choice. 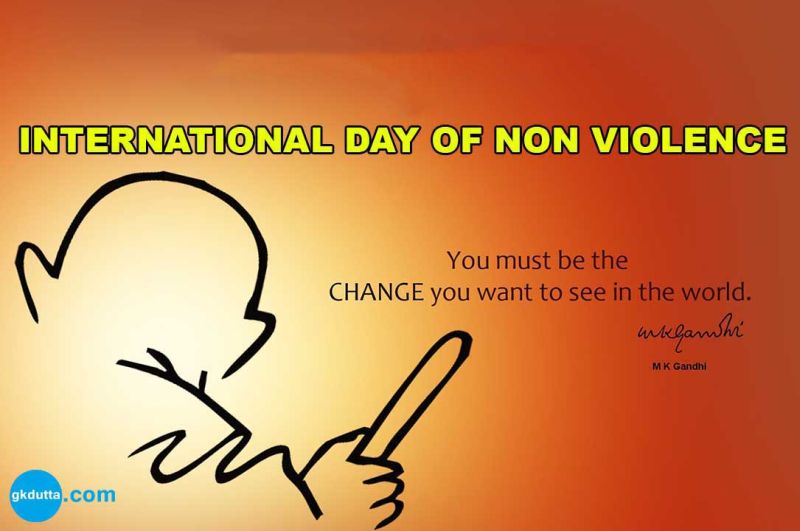 We are violent: lynching is the new normal! Words of a former Chief Justice of India! The ‘hindutva’ elements continue with frightening regularity to lynch people. They don’t need a reason: it could be what one eats or wears or writes or speaks. They think it is their ‘divine right’ to take law and order in their own hands. They do so with impunity because they know that they are cloaked with immunity: the ‘powers’ are with them! A man is lynched in the midst of several witnesses and of course the police later on have to say that the man has died of ‘cardiac arrest’!

We are violent: look at our environment! There is no concerted and sustainable action to address the disastrous effects of climate change. Powerful mining and timber lobbies plunder natural resources and pillage our forests at will. The real estate developers indiscriminately close natural water bodies in order to put up palatial buildings. We see no problem in destroying part of the ‘Aarey’ Forest for the construction of a metro shed. Care of the environment for many, is merely a cosmetic exercise and often a propaganda stunt! India has some of world’s most polluted cities! 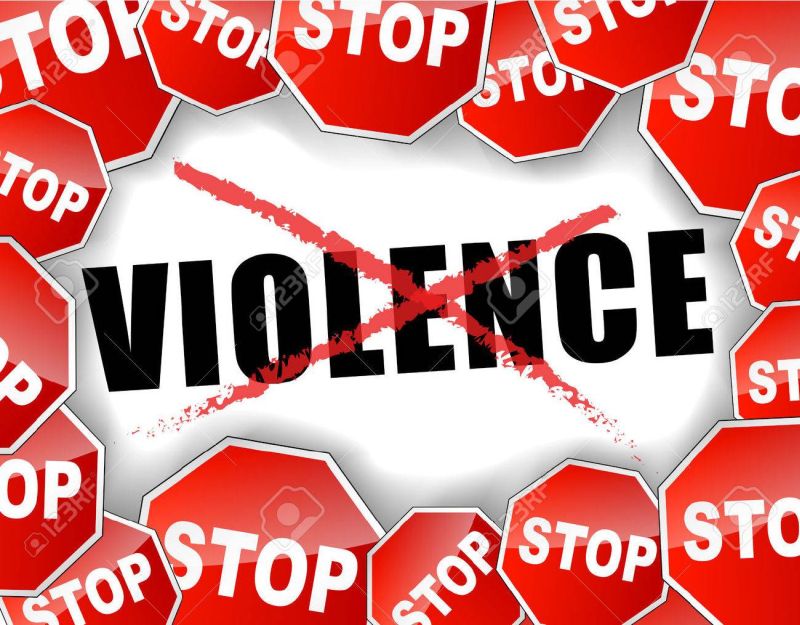 We are violent: arms and ammunition are now are strength! We falsely pride ourselves that might is right. India today is the largest importer of arms in the world! Not a laudatory statement for a country where millions still must eke out their survival. In order to defocus from the grim realities of the country ‘Pakistan’ is made the enemy. Events are stage-managed. Frenzy is raked up in order to create a ‘war-like’ atmosphere and if the so-called ‘eventuality’ rises. Nuclearization is on an upscale, when a good part of the world is working towards ‘de-nuclearization’

We are violent: there is blatant social media manipulation and disinformation campaign orchestrated at the highest levels. A well-researched study entitled ‘The Global Disinformation Order’ was recently released by the Oxford University. The report highlights how India is one of the countries that use social media to manufacture consensus, automate suppression and undermine trust. It shows how Government deploys an army of ‘trolls’ (whom they call ‘cyber troops’) to bully or harass political dissidents or journalists online. Violence is clamping down truth!

We are violent: when we choose not to speak! When we do not take a stand for the down-trodden and the exploited, for human rights defenders and journalists who expose a wrong, we become complicit to crime. When as Judges of Supreme and High Courts, we ‘rescue’ ourselves from contentious cases knowing that if the cause of Justice must be served, one must take a stand on the side of truth. When we think that soft-pedalling an issue or taking a more ‘diplomatic’ stance is an option for brownie points. Not being visible and vocal for Justice and Truth is violence.

Today as we celebrate the birthday of a man who gifted us the strength of ‘non-violence’, and the tremendous impact this form of social response has had all over the world, we in India, need to hang our heads down in shame! Instead of being the beacon of non-violence in the world, we have allowed ourselves, our attitudes, our articulations and our actions to be steeped in violence. When a person is being lynched, we take sadistic pleasure in video graphing that incident and are sometimes debased enough to click a selfie during that terrible violence. On this sacred day, we would well to commit ourselves, at every level to non-violence. Above all, we need to recall the words of the Mahatma that, “Non-violence is not a garment to be put on and off at will. Its seat is in the heart, and it must be an inseparable part of our being”.

The Author-Fr. Cedric Prakash is a human rights/peace activist and Writer