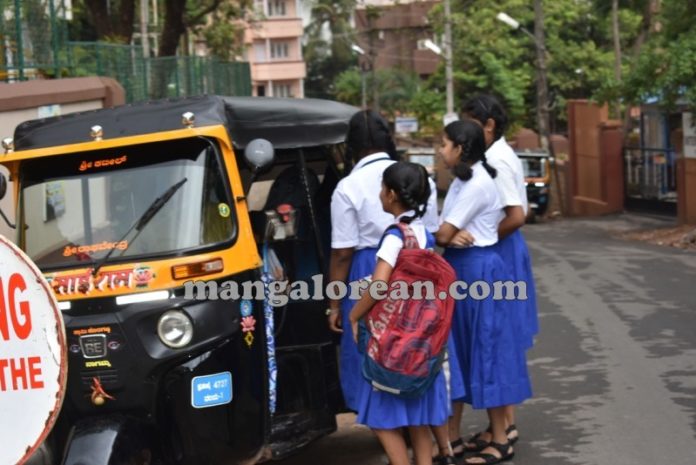 Welcome Back! Children ‘Back To School Again’ in Over Loaded Vehicles?

Mangaluru : Shala Prarambhothsava! Yes, the children are back to school again, at some of the Government aided schools in the City-since many other schools are opening on 1 June 2019. Some turned up with sleepy eyes, others were bright-eyed and bushy-tailed on the first day of the school.. After nearly two months’ holidays, thousands of school students, hauled out of cozy beds, battled a drizzling weather and morning traffic to return to school today, 29 May 2019. While few schools started functioning couple of days ago, few opened today, and others will open on 1 June. Even there is scarcity of water, but the education department has taken preventive measures that the children are provided with enough water during school hours. 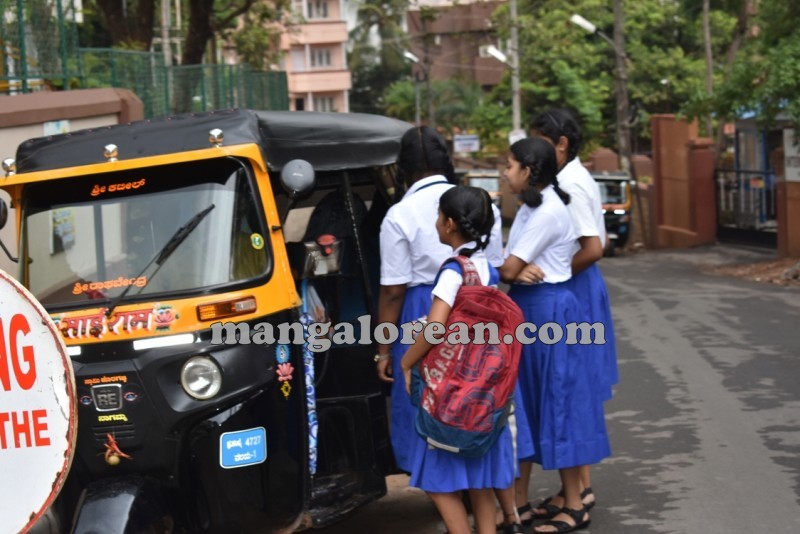 Meanwhile, during the last few days bookstores and stationary section of grocery/department stores were flooded with parents and anxious students who were waiting to buy their textbooks and stationery. Everybody was anxious to buy their favorite color of pens, fancy note books, etc etc- it was once again that time of the year that the parents had shell out some of their hard earned on their kids school supplies. After the fun and indulgences of the holiday season, going back to school can be a less than thrilling prospect for kids. And the parents are all ready to put their kids back to school on the right foot. 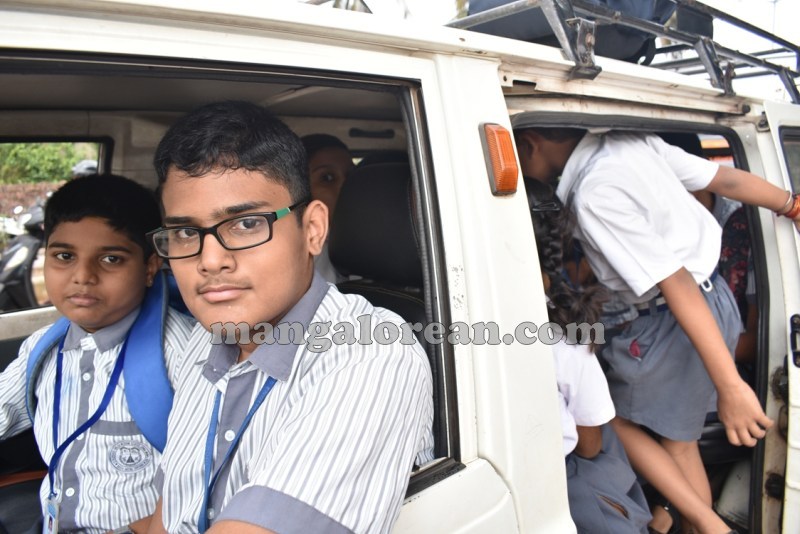 The holidays are over and by now most children have already worn out the batteries in their electronic gadgets and smart phones.. So may be it’s just as well that they’re back to school. And for parents after a few weeks with the kids at home, it’s quite possible that their return to school is a cause for celebration … but hold that thought! Before you get too carried away, the prospect of going back to school can be less than exciting, and sometimes even demotivating for kids, resulting in lower grades and even lost friendships. So parents set up an action plan to start your kids off on the right foot this year! 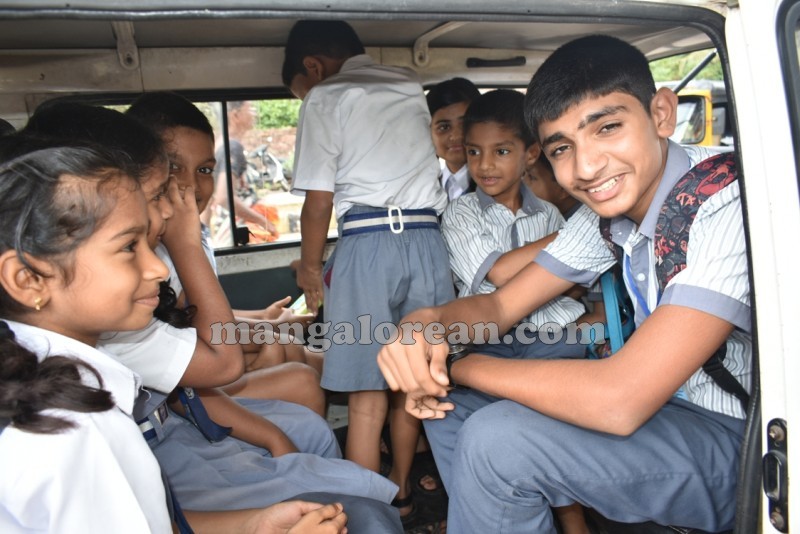 I always loved the first day of school. Excited children with scrubbed faces and brand-new backpacks stream onto the freshly waxed floors of the school. Their bright eyes reflect my own feelings of excitement and anticipation. Wow-another school year has begun. First-day doors open onto hectic activity. In the preceding week, staff meetings cluttered with “administrivia” interrupted teachers’ busy preparation of their classrooms. The hiring of new staff/teachers had to be planned and finalized. And even on that first day, the “urgent” pile on teachers desk dwarfs the “to do” pile! 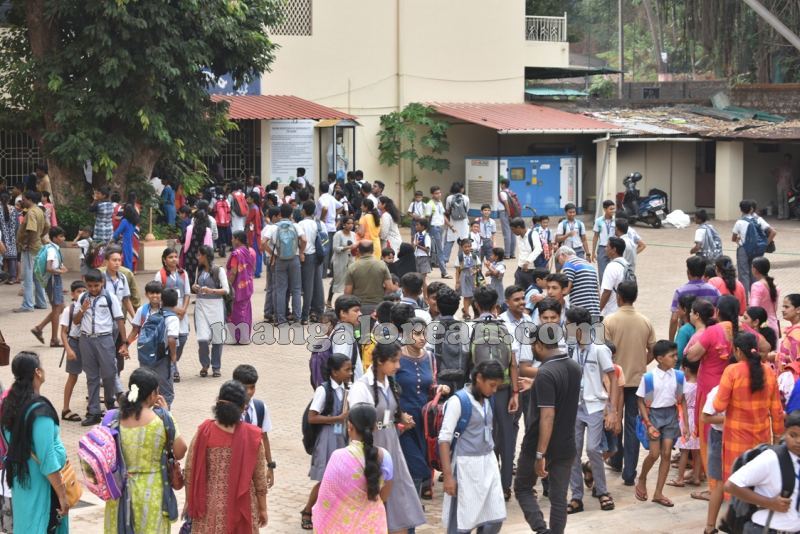 But the first day of school never loses its magic. Amid all the preparation and administration, the real reason for school makes an appearance as the students pour into the halls, ready to learn and eager to meet new teachers and friends. The students’ energy echoes the enthusiasm of teachers and the relief of many parents. Armed with new books and stationery, a VI std student said that she was happy to be back. “The first day of school is always exciting as we have new teachers. It is also great fun as they don’t teach lessons on day one,” said the chirpy 11-year-old. Yet another IX std student said that he was excited to be back at school and be with his classmates whom he missed for nearly two months.” It will be fun all over again, I am happy to be back at school. School life rocks!” he said with excitement. 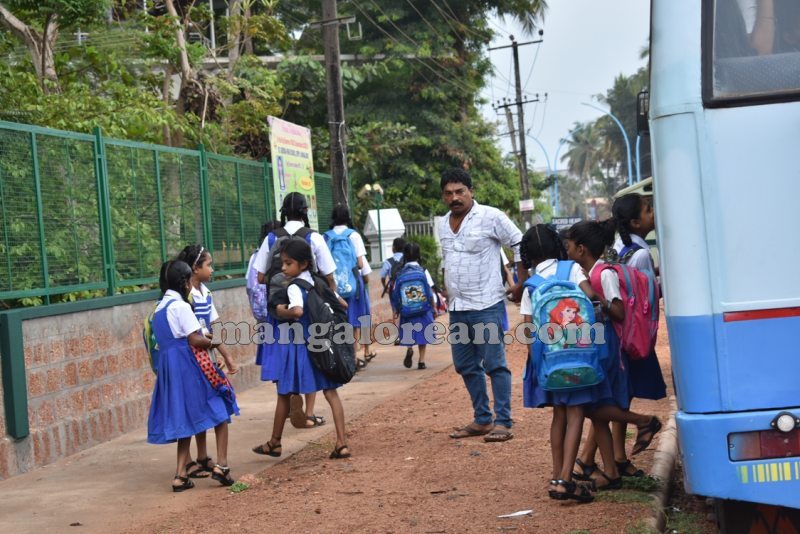 But yesterday ( 28 May) in spite of Police Commissioner Sandeep Patil undertaking an extensive awareness drive among stakeholders on transportation of people before school opened today, the awareness has never affected a bit, as Team Mangalorean noticed the vehicles (Auto-rickshaws, Mini Vans, Mini Buses etc) were over loaded with children, when they were dropped at their respective school. Even parents were seen taking their children triple ride- is this what you call safety concerns of the parents over their children? One such school, where lots of mini vans were seen with over crowded children was near St Aloysius Primary School, Lady Hill, Mangaluru- and when Team Mangalorean alerted the drivers about the safety of children by over loading, they didn’t give a damn to it-they were happily laughing. For them the earning of making more by carrying more children was much more important than the safety of the children. 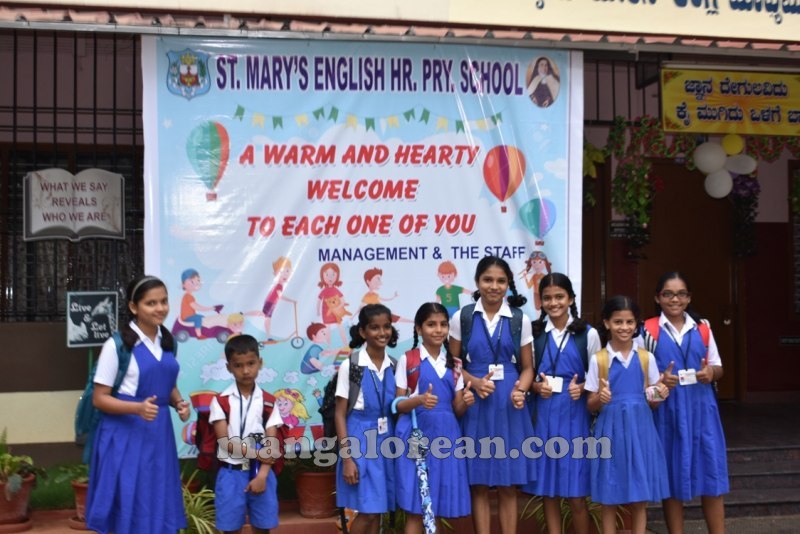 Even though the Karnataka High Court has issued strict instructions to the law enforcers to ensure that no vehicle exceeds stated passenger capacity, but that has not changed a bit in how the vehicle owners/drivers operate in Mangaluru- and our cops have done not much either. This has been going on for years, even after the tragic accident that took place in Udupi couple of years ago, where quite a few children perished in a accident- that example has not brought any awareness as of today. Just by implementing rules wont serve the purpose, the rules need to be enforced strictly. We have seen the situation in the past, and we are seeing it today- are we waiting for a major accident to happen (just like the one in Udupi) here, so that action could be taken ONLY after that? Bah humbug!

School is a Privilege, Teach Your Children to Appreciate It- Every child’s school experience is unique and you may find you have two different perspectives about school in one household. Parents, treat your children as the individuals that they are and remember, the most important thing about getting them back to school is that they benefit from their education. Communication, planning and remembering that school is a privilege and not a punishment are three great ways to get all your children back on the right track for a successful school year in 2019-20! 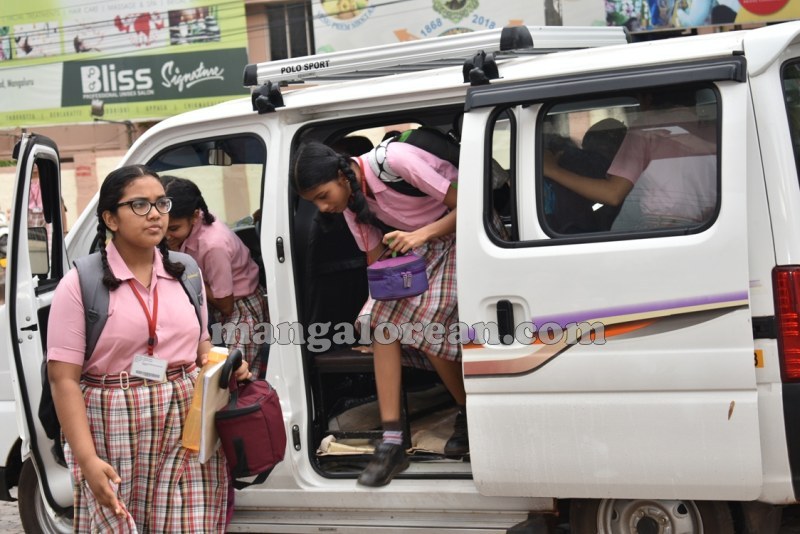 A humble request from Team Mangalorean to our beloved Police Commissioner Sandeep Patil and other higher authorities in the law enforcement dept to kindly enforce the rules strictly, and crack down on drivers/vehicle owners who bring children in over loaded vehicles- YOU CAN DO THE DRIVE ON 1 JUNE 2019 WHEN MANY OTHER SCHOOLS OPEN. Thank You!