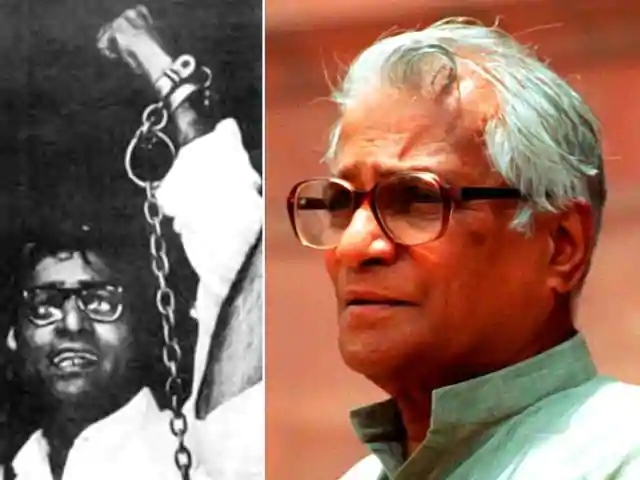 This morning ( 5 February) after a Requiem mass that was held at St Francis Xavier’s Church, Bejai-Mangaluru, Team Mangalorean interacted with bunch of people who were closely associated with George Fernandes, about the idea of renaming MIA as George Fernandes International Airport, and everyone said it would be a very good move, rather than naming a street/road in George’s name. Even Michael Fernandes- George’s brother, Michael’s wife and George’s only son Thusar (who had come down from US for the funeral), who had attended the mass, were also fully support to this idea of naming MIA after late George Fernandes.

Even though there have been earlier demands to name MIA after the architect of modern Dakshina Kannada-Ullal Srinivas Mallya, followed by yet another proposal to name MIA after Rani Abbakka Chowta, the First Tuluva Quen of Ullal who fought the Portuguese in the late 16th century. Not it’s the turn of “Konkan Railway Man” late George Fernandes to be on the forefront to get the MIA re-christened after him. Sources reveal that Founder President of Jayashreekrishna Parisara Premi Samiti, Thonse Jayakrishna Shetty has claimed that Union Home Minister Rajnath Singh has assured his Samiti he will put forth the proposal with PM Narendra Modi.

Following the assurances from the Home Minister, the Samiti also had submitted a letter to Minister Rajnath Singh in support of the proposal. Shetty speaking to the media has said that he brought up the MIA re-naming after Fernandes when Rajnath Singh had visited the residence of Fernandes to pay homage few days ago. Shetty also said that he had discussed the matter with top BJP leaders, ex-chief Minister of Karnataka Siddaramaiah, and also K R Ramesh Kumar, the Legislative Assembly speaker.

Since Mangaluru has just one airport, it is learnt that when George Fernandes was Defence minister he had urged then civil aviation minister Rajiv Pratap Rudy to start night-landing facility and make Mangaluru’s airport get the status of International Airport- and in return, Rajiv Pratap had approved George’s proposal. In 2006, the proposed project kicked off, with the first landing of an International flight from Dubai at Mangaluru Airport.

Jayakrishna Shetty believes that naming MIA after George Fernandes is a perfect tribute one could pay for a daring politician without parallel. It is learnt that this proposal of Shetty would be taken up at the next MCC council meeting. In the meantime, there is yet another demand by Bejai ward MCC Corporator Lancelot Pinto to name Bejai New Road after Fernandes, which also will be discussed during the forthcoming MCC Council meeting.

Until everything turns out good, we will have to keep our fingers crossed, whether a Road or Railway Station or Airport will be re-christened after late George Fernandes. And let’s not hope for anything bad like the road naming controversy that erupted when Light House Hill Road was decided to Sunder Shetty Road, of Vijaya Bank by the Vijaya Bank retired employees association, and on the other hand, the Jesuit priests wanted the said road to be named as St Aloysius College Road?