Mangaluru: About 75 persons involved in the Cattle theft were paraded at the Police grounds here on December 9. 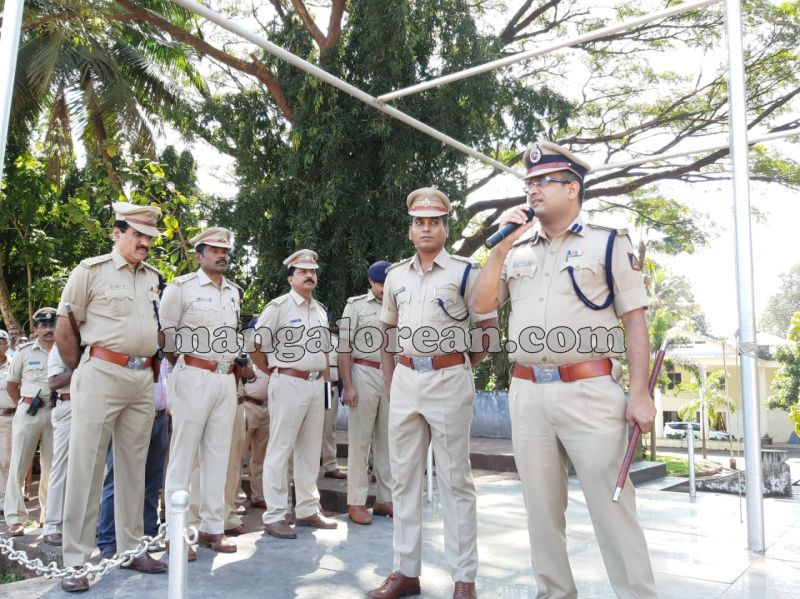 Addressing the offenders Police Commissioner Dr Harsha said, “For any reason if anyone is involved in illegal activities we will take stern action against them. Many opportunities have been given to those involved in crimes to transform themselves. Don’t involve in illegal cow slaughter, trafficking or any other criminal activities. We are doing our best to bring all the rowdy-sheeters to the mainstream.”

Dr Harsha further said, “You all should lead a decent life giving up illegal activities. If anyone is not willing to transform and wants to continue their old habits we will take severe action against them under the purview of the law. The police department has taken measures to bring those offenders willing to transform into the mainstream. If you change yourself it will be better for you and your family will live in peace. You are all being monitored and your activities are also being recorded.”