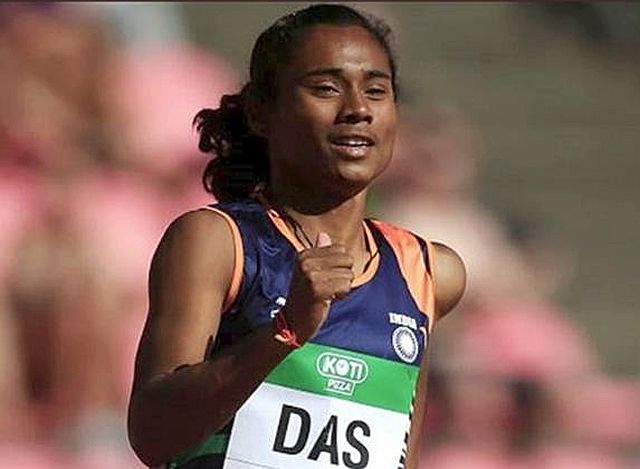 New Delhi: Ace Indian sprinter Hima Das has been the talk of the town ever since she won five gold medals in a single month in Europe. And now she is winning hearts on social media with her cooking skills.

In a video making rounds on social media, Hima is seen preparing an Assamese-style dal inside her hotel room in Europe .

The Assam sprinter said that “people went crazy after eating the dal”, the aroma of which had filled her room on Sunday.

The 19-year-old said she and another Indian athlete Saritaben Gayakwad went to the market on Saturday and bought the sauce-pan and all the things required for preparing the dish. She used an induction cooktop.

Away from home, it gave her a different feeling all together. She ended the video with “Mon jai” (which in Assamese roughly means ‘I feel like’.

Hima’s latest gold came on July 20 in Prague where she clocked a season-best time of 52.09 seconds to win the gold in 400m at the Nove Mesto nad Metuji Grand Prix.

Earlier on July 17 , Hima had won the gold in 200m at the Tabor Athletics Meet. In her first competitive 200m race of the year on July 2, Hima had clocked 23.65 seconds to win gold at the Poznan Athletics Grand Prix in Poland.

Then on July 8, she won her second 200m gold at the Kutno Athletics Meet in Poland. Braving a sore back, the Assam runner had clocked 23.97 seconds to win the gold while Kerala runner V.K. Vismaya had grabbed silver with a timing of 24.06 seconds.

On July 13, she won her third 200m gold at the Kladno Athletics Meet in Czech Republic with a time of 23.43 seconds.