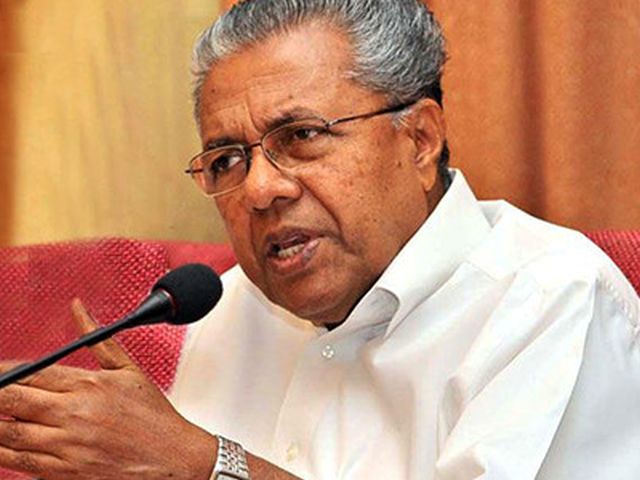 CAB an attack on secular character of India: Kerala CM

Thiruvananthapuram: A move to decide citizenship on the basis of religion amounts to a rejection of the Constitution and is an attack on the secular and democratic character of India, said Kerala Chief Minister Pinarayi Vijayan on Tuesday.

In a statement issued here, Vijayan said the Constitution of India guarantees the right to citizenship for all Indians, irrespective of their religion, caste, language, culture, gender or profession.

“This right is being made void by the Citizenship Amendment Bill (CAB). A move to decide citizenship on the basis of religion amounts to a rejection of the Constitution. This is an exercise to divide people on communal lines. The bill, which aims to enervate our secular unity, was passed by the Lok Sabha with an unusual haste and tenacity,” said Vijayan.

He pointed out that Muslims who have immigrated from Bangladesh, Afghanistan and Pakistan are being excluded.

“The discrimination on the basis of religion, and preferential granting of rights, is a denial of natural justice. The bill mentions that people belonging to six religious groups, from three neighbouring countries, can be granted citizenship. These two clauses must be withdrawn,” said Vijayan.

He also pointed out that it is not unknown to the Sangh Parivar that India houses refugees from Sri Lanka, in addition to the three mentioned countries.

“The amendment bill serves the communal policies of the Sangh Parivar and their devious plans to establish a non-secular state. The articles of the Constitution that relates to citizenship and fundamental rights are being violated here. India belongs to Indians of all kinds. Efforts to undermine this fact will only take our country backward. It will destroy our hard-fought freedom. We must not let that happen,” said Vijayan.