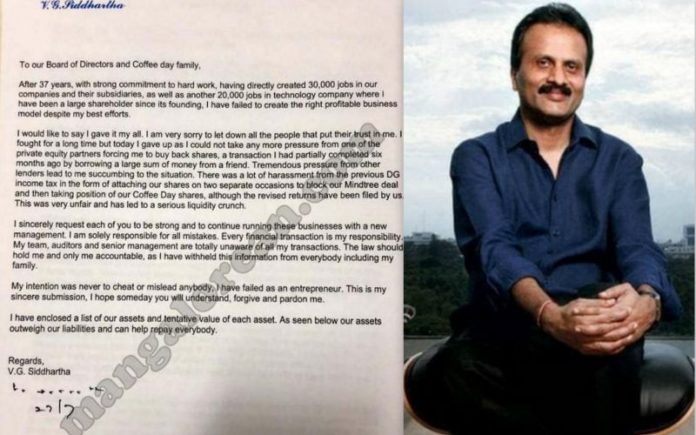 Bengaluru: Countering the Income Tax Department’s claim, retail outlets chain The Coffee Day Enterprises on Tuesday confirmed the authenticity of the letter its missing founder V.G. Siddhartha wrote to the company’s board of directors on July 27. 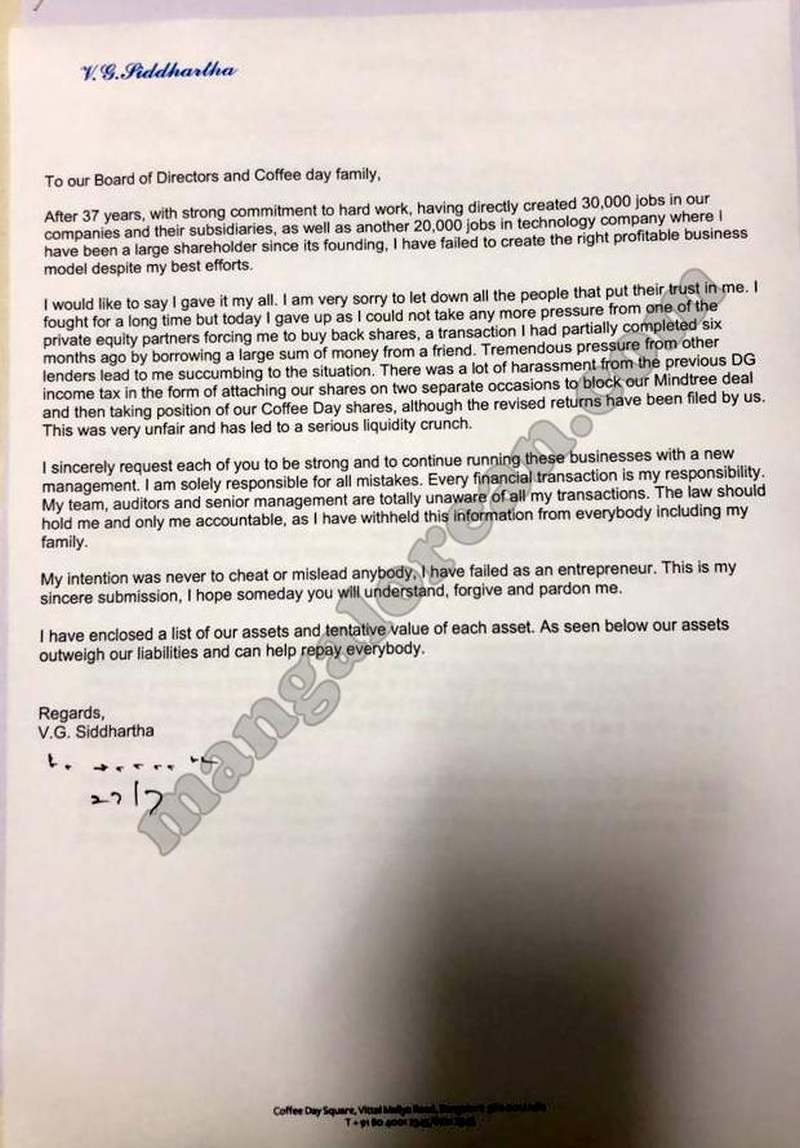 It also admitted that the note or letter circulating on social media was the last letter Siddhartha wrote to the board.

Suspecting that its founder-chairman could have committed suicide on Monday night on the basis of the complaint his driver filed with police, the company said the board had sought the assistance of local and state authorities in tracing him or his body, which seems to have sunk or been swept away in the Netravathi river after he jumped off the bridge.

“Our officers are also cooperating with the authorities as requested,” added the filing, which was in response to the I-T Department’s statement to the media here that Siddhartha’s signature in the note to his company’s board does not tally with the signature in his annual reports.

“The authenticity of the note is not known and the signature does not tally with Siddhartha’s signature as available in his annual reports,” said an I-T official in a statement here.

In a related development, the BSE sought clarification from the company on the I-T Department’s claim that Siddhartha’s last note was doubtful.