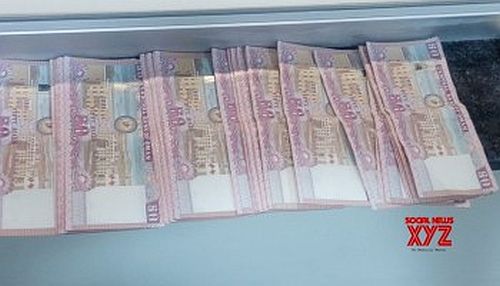 According to a CISF officer, after observing a passenger moving around suspiciously in the check-in area of the airport Terminal-3, he was intercepted and, on inquiry, revealed his identity as an Indian national, Afzal Ahmad, bound for Dubai by an Air India flight.

During the pre-embarkation security check through the X-ray machine in Security Hold Area (SHA), the CISF personnel noticed something suspicious inside the passenger’s backpack, the physical checking of which revealed 40,000 Saudi Riyal concealed under the false back of the backpack.

The passenger’s checked-in baggage was also brought back for thorough checking which revealed another 70,000 Saudia Riyal concealed under the false bottom of his suitcase.

Ahmad could not produce any valid document to account for the cash, the officer said.

The passenger, along with the recovered currency, was later handed over to the IGIA Customs officials for further action in the matter, the officer added.