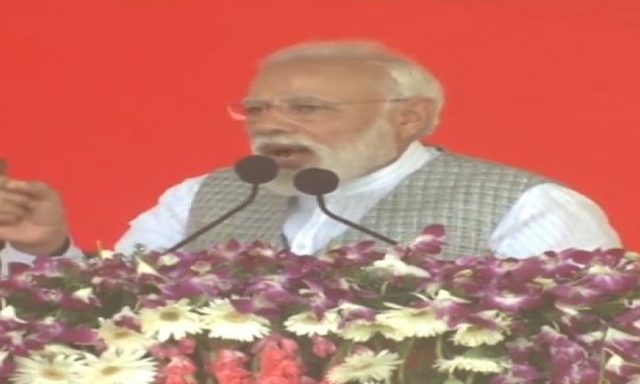 Pasighat (Arunachal Pradesh): Prime Minister Narendra Modi on Wednesday told a large rally of supporters gathered here that Congress, who ruled for the better part of the seven decades since Independence, never bothered about the Northeast and hence the state lacked connectivity and development.

Addressing the crowd at the General Ground here in East Arunachal Pradesh district, he said the last time he was here only a handful could hear him as none could reach the venue.

“Now this is a stadium where you have come in thousands. We have brought you roads — national highways, railways, connected you to the rest of India and it’s all because you believed in me. The Congress just came to power to serve themselves that’s why they never bothered.

“But my government has fulfilled what we promised you just five years back,” he said.