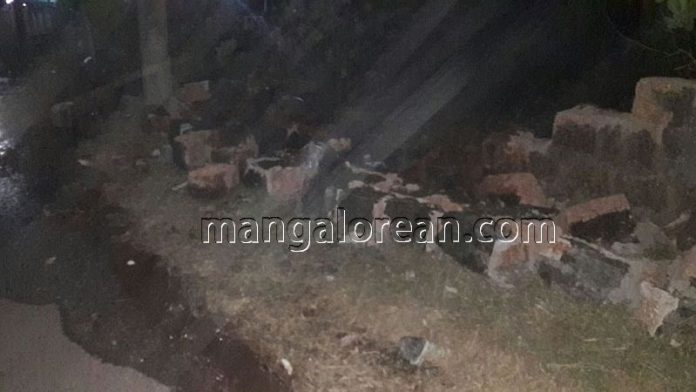 Mangaluru: Cyclone Ockhi has affected the coastal area of Dakshina Kannada and Udupi on Saturday night.

At Ullal – Someshwar a retaining wall of a resort collapsed creating fear among the occupants. At Kaup people from three houses were evacuated.

On Saturday night the sea was very rough and large waves hit Udyavar Padukere, Gangolli, Padubidri, Kaup, Uchila and Hejamadi. Many boats were in danger.

At Gangolli, boats are in danger and the fishermen were seen trying to save their boats. All the boating facilities to the St Mary’s Island have been stopped.

As soon as the Minister for Food and Civil Supplies U T Khader received the news of Cyclone Ockhi he cancelled his programmes for two days and immediately spoke to the DC, Port authorities, Tahsildar, Home guards to take all the necessary safety precautions to tackle the situation.