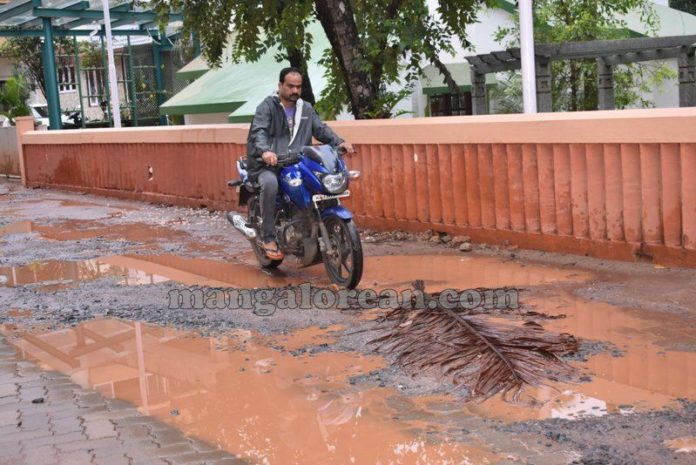 Do You Call this a Road or What? Shame on the So Called ‘SMART CITY’!

Mangaluru : On 18 June Team Mangalorean had published an article “Travel on Pathetic Arya Samaj Rd Stretch is Akin to a Ride on a ‘Camel’s‘ Back- Just Bumpy! ” highlighting the terrible and disastrous condition of Arya Samaj Road in the City, which has been a nightmare for motorists and pedestrians, especially when it rains heavily. Following the report, Team Mangalorean had approached a few officials of Mangaluru City Corporation, and had also discussed the issue with the supervisor of the construction company who had undertaken a UGD work on this road- and both the parties had promised to rectify the issue. 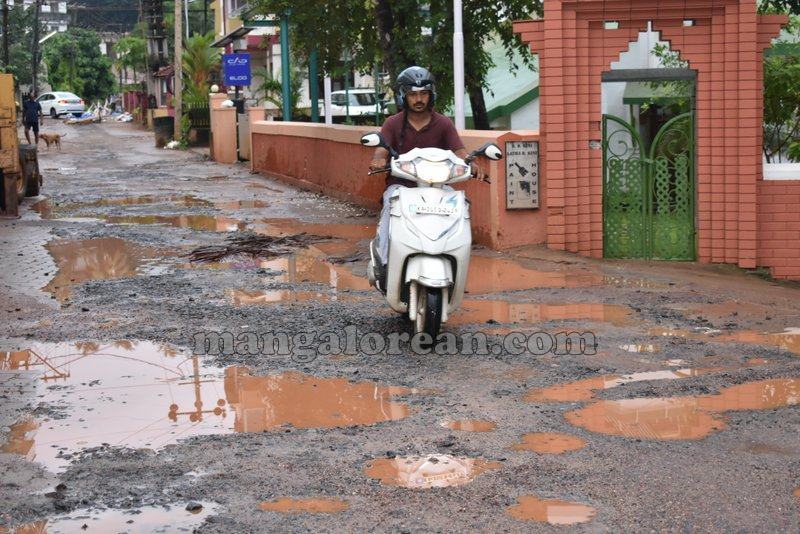 And so they did- both MCC and the construction company set forward in repairing the potholed and dilapidated Arya Samaj Road, couple of days ago- but unfortunately they did a shabby work, and the condition of the road is much more worse than it was few days ago. Laying the potholed road with loose jelly stones not properly mixed with cement, has created a safety hazard, especially for the two-wheeler riders, who skid while moving on this gravel road. Is this what you call a Smart idea of the so called Smart city? The road looks like a dirt track, and is fit for dirt track racing, and definitely not for smooth drive or ride. Once a nice looking road layered with interlock bricks couple of years ago, is in SHAMBLES, PATHETIC, very DISGRACEFUL, and totally DISASTROUS? 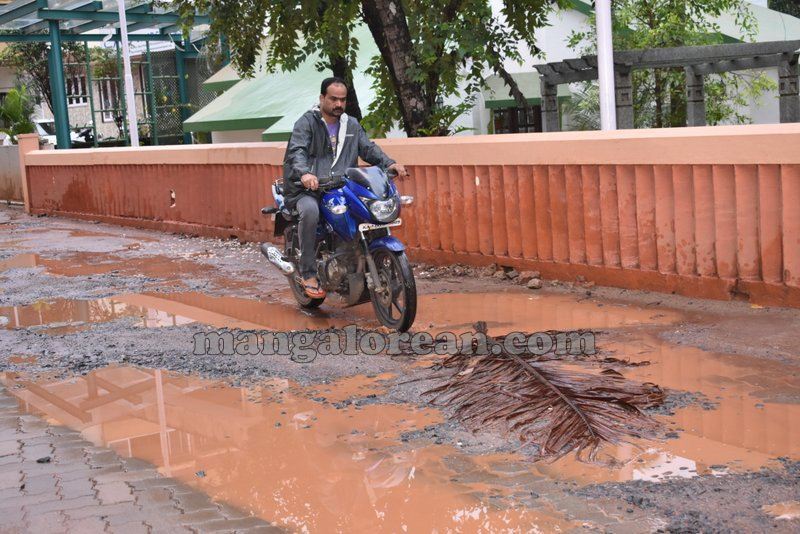 How can a city which boasts about its cleanliness standards among other cities in India, and also about its Smart City status, can neglect a busy road used by all sorts of citizens, and for the fact, the residents living on this stretch of the road are rich and educated, ranging from doctors, engineers, entrepreneurs and other professionals- but sadly, none of these residents have come forward to raise their voices against the district administration or MCC about the pathetic condition of the road. Even the pedestrians are having a hard time walking on the potholed and water filled road, since the footpath is stacked with the interlock bricks removed during the UGD work by the laborers. 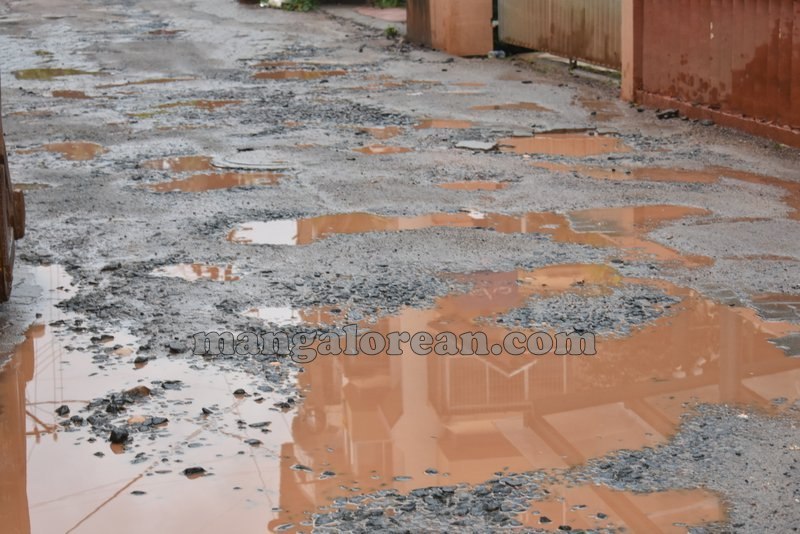 Once the UGD work was completed, the laborers didn’t care to fill the potholes and other dug up areas-rather they left it unattended, and with the rains lashing the City for the last couple of days, the entire stretch of Arya Samaj Road has become slushy, and it’s worst than a Paddy field? Heavy rains, along with heavy traffic taking this route has formed a worse-case scenario for repair crews who struggled to find and fix all the emerging potholes, but they didn’t do the job right. Throwing some loose stuff in a hole and just hoping the traffic driving over it will fix it, didn’t serve the purpose. The evidence now says otherwise. I think the only way to solve the current pothole mess is to lay a two-layered concrete road with a seal coat but the problem is, our authorities I bet are busy playing blame games. By the way, have you taking this road recently- If you haven’t, please try to stay away from it, at the moment

Instead of fixing this road first, our MCC officials are busy resurfacing inner-lanes with brand new interlock bricks. But when it comes to fixing the bad roads they are slow and careless. As long as cheap quality tar is being used and layered too thinly, we will continue to have these problems every year. It’s an obvious pattern and I wonder why nobody is looking into this, or better yet, our city officials should visit other metropolitan cities in India or other countries and see how they are coping with this matter. Without any delay, MCC should undertake a major exercise to refurbish City’s dilapidated roads, including Arya Samaj Road. 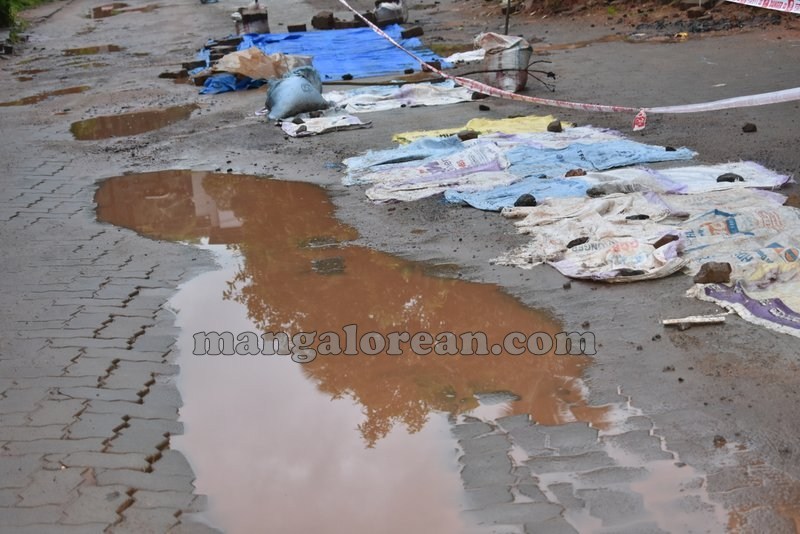 How can we ever call this City a SMART CITY, when we see a bunch of dilapidated and potholed roads existing at every nook and corner- and our Hard Working and Dedicated MCC Officials and Engineers are enjoying their days working hours in the comfort of their Air Conditioned cabins. Bah humbug! Driving on Mangaluru streets, and for that matter, even on outskirts of the City, is like an obstacle course. Drivers keep swerving and maneuvering to make sure they miss every pothole. These potholes have also worsened the chronic traffic jams which Mangalureans face everyday, and anyone who has had the misfortune of commuting on these streets will testify what a great pain the ride is – literally – owing to the numerous potholes that punctuate the road. 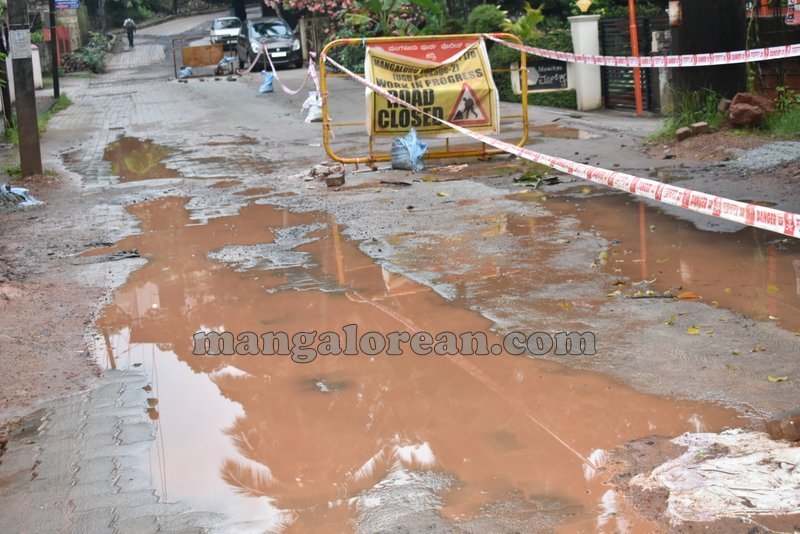 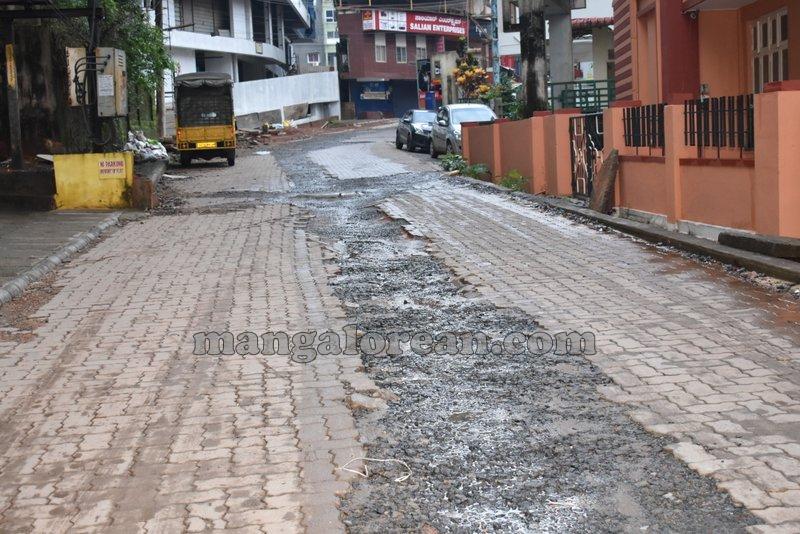 The Smart city crews should take quick action to fix the potholes before they get deep and worse — thereby avoiding severe driving hazards and vehicle damages. So, while waiting for these City roads, especially the Arya Samaj Road, to be restored for a smooth ride, just brace yourself because it’s once again pothole season in Mangaluru. And for sure, the MCC authorities will not take any action, until a major accident takes place, due to potholes? Until then bear with the potholes or curse someone at the MCC— and still keep driving safe. And just avoid taking “the above mentioned road” to be SAFE?