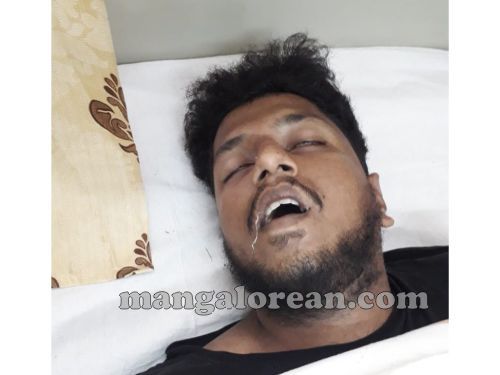 Karkala: A 25-year-old youth was stabbed to death by his 58-year-old father in Mangalpade under the Karkala Town Station limits on Tuesday, December 10 evening.

The deceased has been identified as Vivian D’Souza (25) from Mangalpade, Karkala. The accused father Victor D’Souza (58) has been arrested by the police.

According to the police the deceased Vivian was working in a Call Center in Mumbai and had come down to his native place three months back. On Tuesday both Vivian and Victor were consuming alcohol and were drunk since morning. The duo got into a fight over family matters and Victor stabbed Vivian with a kitchen knife. Victor’s wife who noticed her son fallen to the ground alerted the people nearby.

The relatives of Victor who are also residing nearby rushed to the spot and informed the Karkala Town Police. The Police reached the spot and rushed Vivian to the hospital where he was declared dead.

A case has been registered in the Karkala Town Police Station and investigation is on.