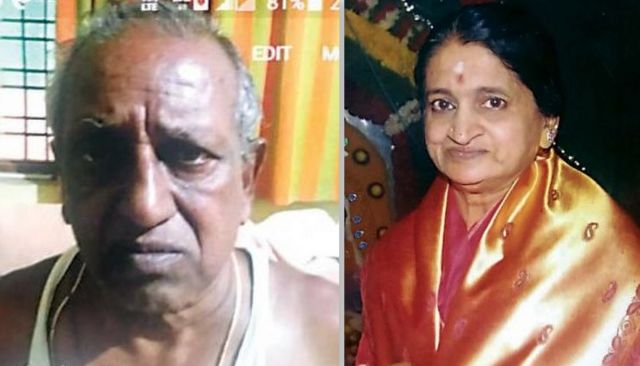 Bengaluru: An elderly couple was stabbed to death in Ashwath Nagar in HAL police station limits.

The murder reportedly took place 2-3 days ago and the assailants had also turned the LPG cylinder on to make it look like death due to cylinder blast.

The deceased have been identified as Govindan K, 65, and his wife Saroja, 60. Govindan is said to be a retired employee of BEL and nobody apart from the couple was staying in the house.

According to the police, the incident came to light when neighbours on Tuesday late evening found that LPG was leaking from their house.

As there was no response from inside and foul smell was emanating from the house, they alerted the police. When the police rushed to the spot and managed to open the door, they found the bodies of the husband and wife in a pool of blood.

“The bodies had started decomposing, suggesting that the murder took place 2-3 days ago. The assailants have stabbed the couple to death and ransacked the house. They have tried to burn the house by keeping the gas cylinder on, maybe to make the murder look like an accident and death due to LPG leakage blast.

We are still gathering information about the family members. It is learnt that only the couple was living in the house from the past 12-13 years. Prima facie, it appears to be a murder for gain, but other angles could not be ruled out,” the police said.

The couple owned 50 acres of land at Varthur and police suspect that this could be the reason for their murder.