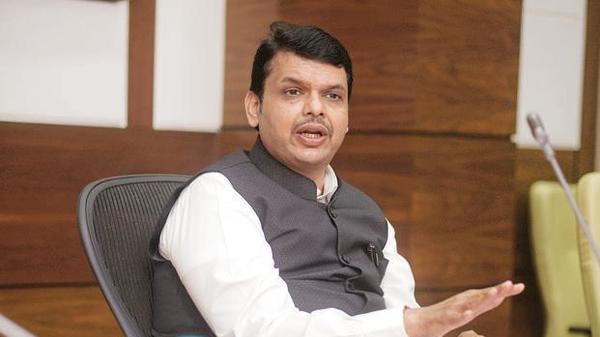 Fadnavis gets bail in election case

Nagpur: Former Maharashtra Chief Minister and Bharatiya Janata Party’s Leader of Opposition Devendra Fadnavis on Thursday secured bail of Rs 15,000 in a criminal case in a complaint pertaining to non-disclosure of criminal cases against him in his election affidavit of 2014.

Chief Metropolitan Magistrate P.S. Ingle had given an ultimatum to Fadnavis who appeared and the matter has now been scheduled for next hearing on March 30.

The application was filed by lawyer-activist Satish Uke seeking criminal proceedings against Fadnavis for allegedly not disclosing the criminal cases lodged against him in the poll affidavit submitted to the Election Commission for the 2014 Assembly elections.

However, Fadnavis was granted exemption from personal appearance on four previous occasions, but finally appeared on Thursday amidst tight security deployed outside the court premises.

He was accompanied by his legal team of senior counsel Sunil Manohar and lawyer Uday Dabale, besides former minister Chandrashekhar Bawankule, MLC Parinay Fuke and a large number of his supporters and BJP activists.

Uke strongly opposed the bail granted to Fadnavis on grounds that he had skipped earlier hearings on various grounds and a precedence concerning Delhi Chief Minister Arvind Kejriwal.

While granting bail, Ingle ordered Fadnavis to remain present at the next hearing and also as and when directed by the court in the matter.

“None of these cases are against me personally, but they are private ones related to fighting in public agitations for slum dwellers in 1995-1997,” Fadnavis later informed the media. He is a legislator elected from Nagpur South-West constituency.