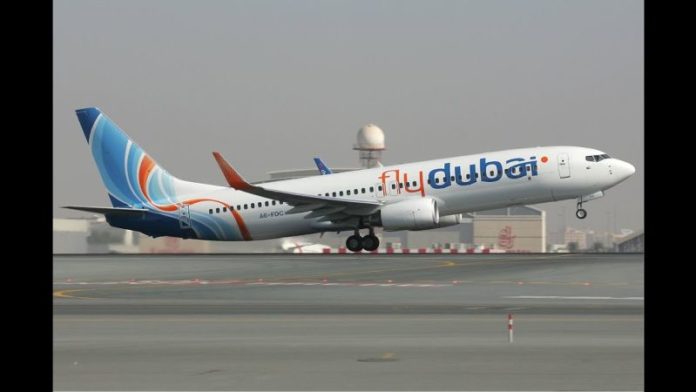 Dubai: The final report looking into the tragic flydubai FZ981 crash that killed all 62 passengers and crew onboard in 2016 has been released.

It’s highlighted the steps that have been taken since the accident took place on March 19, 2016, to enhance safety, as well as the findings of the internal review of the flight.

The flight crashed during an aborted landing at Rostov-on-Don Airport, Russia, killing all 55 passengers and 7 crew members.

Several different factors have been highlighted, including turbulent weather conditions, “ambiguity in the manufacturer’s operating manuals led to confusion in the type of go-around being flown” and the possiblity that the captain and the first officer were experiencing operational tiredness at the time of the second go-around which was conducted under intense workload and in turbulent weather.

The report also said that it is thought a pitch-up illusion, somatogravic, may have caused the captain to continually press the trim switch.

And during the last phase of the flight, “the captain became incapacitated”.

The report noted that the aircraft was “airworthy” when it was dispatched from the Dubai International Airport “with no technical faults”.

“Crew were fully rested prior to the flight, they were within flight duty limitations and met all regulatory requirements. On the first approach to Rostov-on-Don, the crew conducted a go-around in line with standard operating procedures following an audible wind shear warning. The crew held for two hours at Rostov-on-Don (ROV) based on the weather reports,” the report said.

After receiving an “incomplete weather report” from Air Traffic Control without an active wind shear warning, the crew made the decision to fly a second approach. After observing a spike in air speed, the captain initiated a second go-around.

“During the second go-around, the final report concludes that the captain’s mindset was focused on landing. This was an unconscious cognitive bias to continue with an original plan in spite of changing conditions. This behaviour is widely understood in human factors,” the report further said.

“Ambiguity in the manufacturer’s operating manuals led to confusion in the type of go-around being flown. One call-out led to two distinct procedures each with a different aircraft configuration and thrust setting. It is possible that the captain and the first officer were experiencing operational tiredness at the time of the second go-around which was conducted under intense workload and in turbulent weather.”

In the later stages of the flight, the captain ran the stabiliser trim for 12 seconds. After two seconds, the aircraft experienced less than 1G (gravitational force).

The report said that “it is thought” that a pitch-up illusion, called somatogravic, may have caused the captain to continually press the trim switch.

During the last phase of the flight, “the captain became incapacitated”.

Supporting the families of the victims

“Flydubai remains committed to fairly compensating all those who lost loved ones on board FZ 981. The majority of families have completed the legal process and agreed a compensation settlement. The details of each settlement is a private matter between flydubai and the family,” the report said.

Khaleej Times reported in 2016 that flydubai had announced it would pay $1.4million to the families of the victims as an initial payment. It had said families of each passenger on the flight will receive a ‘hardship payment’ of $20,000 each.

In August 2018, the Dubai Civil Court had ordered flydubai to pay dh800,000 to Russian siblings who lost their parents in the flight.

Ghaith Al Ghaith, Chief Executive Officer of flydubai said: “The loss of a loved one is devastating. Today, our first thoughts are with the passengers and crew who lost their lives on board flight FZ 981 and those who continue to grieve. Our Family Assistance Team remains available to support the families for as long as they need.”