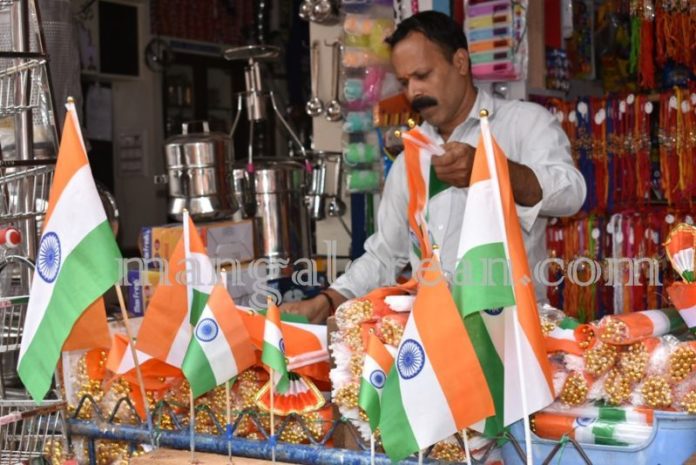 Mangaluru : Independence Day is just around the corner and India will soon celebrate its 73rd Independence Day on August 15, 2019. Independence Day is a grand celebration time when India became an Independent nation from the British Raj at midnight on August 15, 1947, and on this day all Indians pay homage to great leaders, freedom fighters who fought for India’s Independence and lost their lives. On the Independence day all the government buildings, offices is decorated with beautiful lights and India’s tri-colour flag flutters from a height which looks quite beautiful. To cater to all these needs, Kudla is already gearing up with Independence Day goodies like flags, buntings, pins, balloons, paper decorations etc already been displayed at various stores in town.

On this day, the President of India Ram Nath Kovind will address the entire nation early in the morning and soon after the speech India’s Prime Minister Narendra Modi will unfurl the flag at the Red Fort in Old Delhi. The struggle started in 1857 – a fight for freedom and the Indian National Congress in 20th century under the leadership of Mahatma Gandhi started Independence movement and soon the colonial powers were transferred to India. The celebration started at 11 pm on August 14, 1947 and India gained its freedom at the midnight. Independence Day, is marked as the start of new era where India took more than 200 years to acquire its right and liberty. 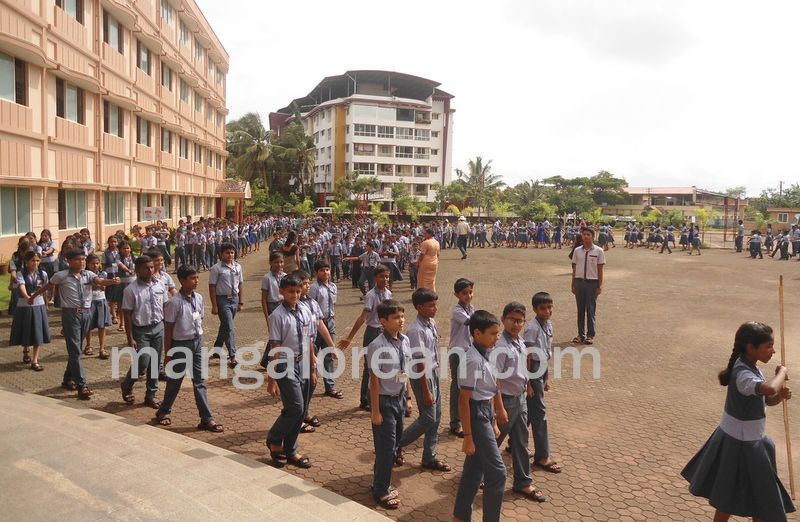 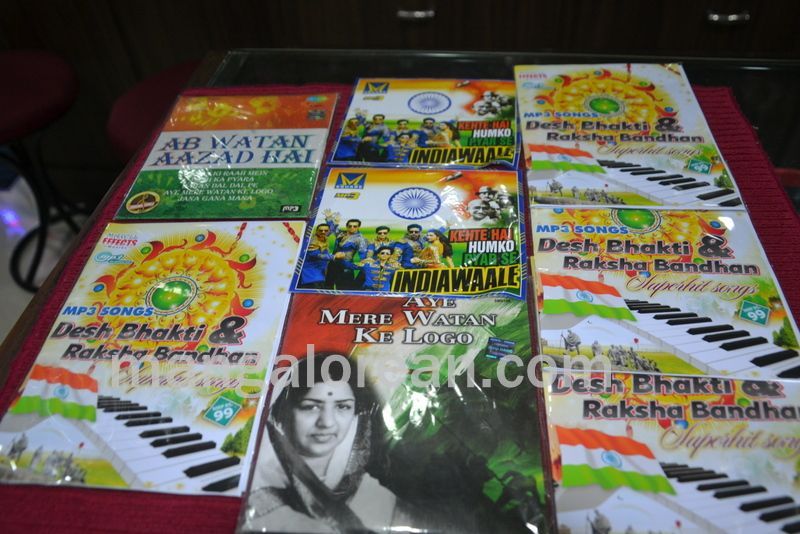 At midnight of 15 August, 1947, India achieved independence from British rule and became a sovereign nation. The Indian tricolor (saffron, green and white) flag was unfurled by Jawaharlal Nehru, the first Prime Minister of India, at the Red Fort of Delhi, marking the birth of world’s biggest democracy. Today, the flag can be seen throughout India during Independence Day celebrations, from being hoisted up flagpoles in ceremonies to decorating the clothes, cars and homes of Indian people. Have you bought your flag. if not shop for one today-there are plenty of them in various designs at some of the shops in City’s commercial area. Don’t buy any products that are made in China and also items made of plastic/flex. 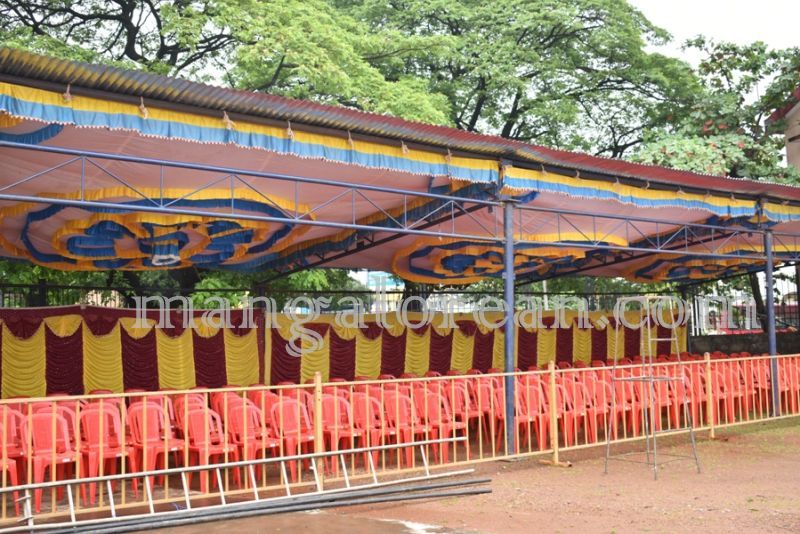 Nehru Maidan is also getting ready with the pandal being set up, with the ground getting a face-lift, and also other arrangements being done. Police band is busy with the rehearsal for the big occasion, while the police personnel are seriously practicing for the march past. Schools are also doing the march past rehearsals, and many other organizations are chalking out various cultural programmes for this big I-Day celebrations. So on 15 August, rain or shine, let us celebrate freedom- Each and every Indian should celebrate freedom in their own way such as decorating their places of celebration, raising national flag , march past ,watching favourite movies , dancing , singing national anthem , patriotic songs and many social activities organized at public places. 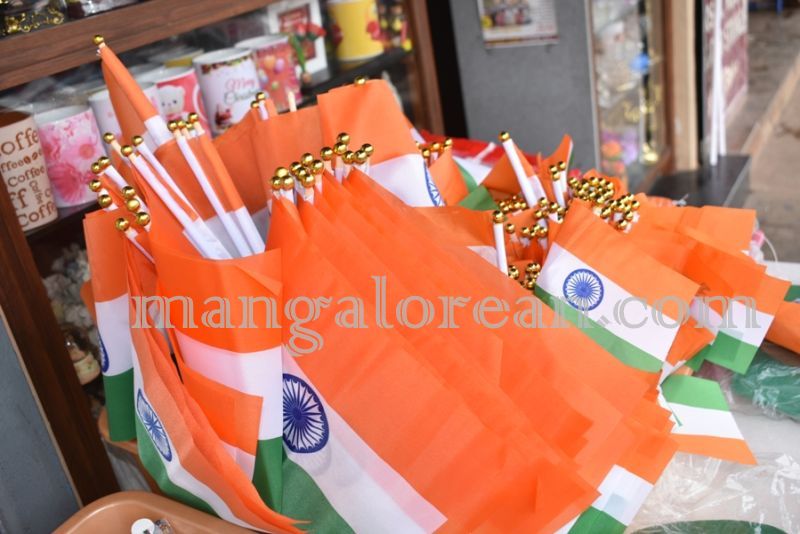 It is the perfect time when every Indian hear such classic patriotic songs which depicts the perfect love, respect and patriotism towards the country. Like we all know, in India any celebration is incomplete without Bollywood song, so on this 73rd Independence Day of India, shops have already displayed CD’s of patriotic songs from Bollywood that will reignite the fire of patriotism! Buy one today, and relive the spirit of I-Day through music and song! As per the instructions from the Secretary of state, Deputy Commissioners will have to hoist the National Flag on Independence day, since no district minister in charge has been appointed in the new BJP government-therefore here in Mangaluru, DC Sasikanth Senthil will hoist the flag, in a ceremony planned due to all the havoc created by the recent incessant rains and floods. 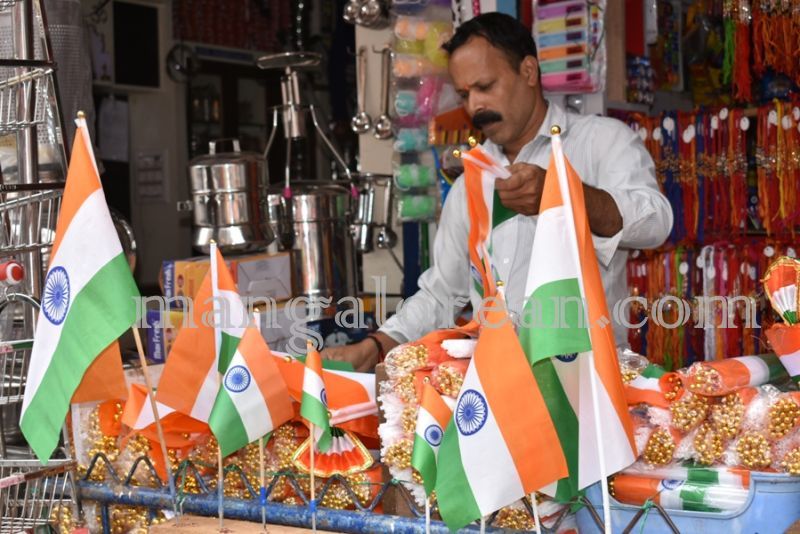 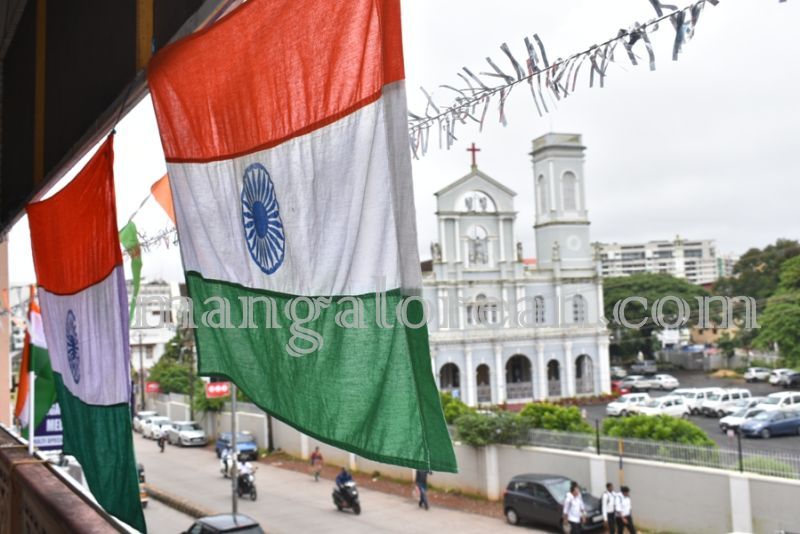 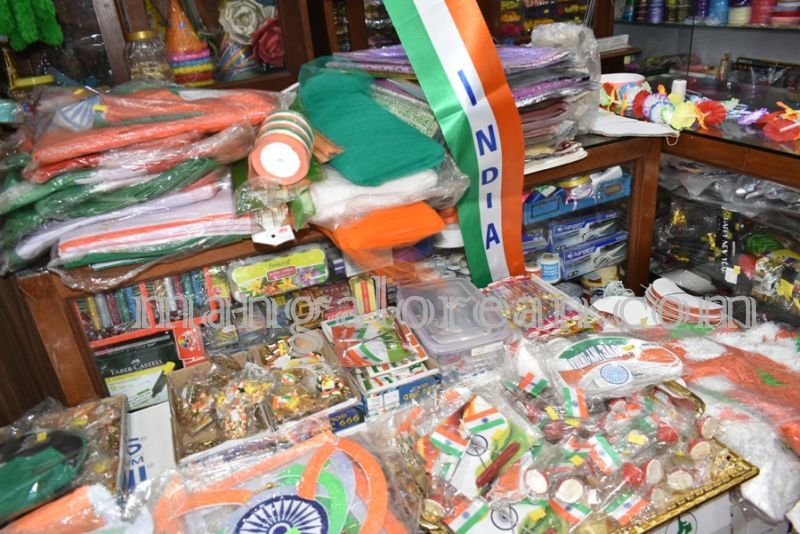 Let us look back to all the years after the Independence-It is really pride that India is grown as one of the most powerful nation in the last few decades. India which is the largest democracy in the world, and the efforts put in by million of Indians has made our country stronger in all fields. Now, India is emerging as one of the top developing countries in the world, and days are not far to call India a developed country. Let’s all look forward to celebrate the 73rd Independence Day with pride and dignity. Bharath Matha Ki Jai!