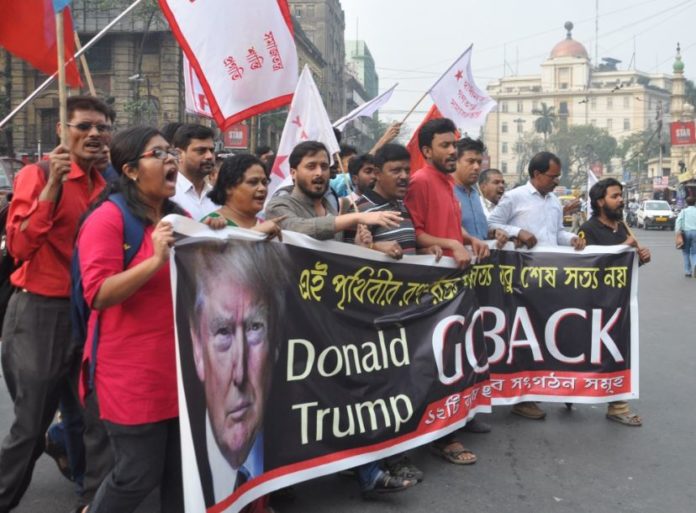 Left parties bring out ‘go back Trump’ rallies in Bengal

Kolkata: Amid incessant slogans of “Go back Trump”, Left parties and their mass organisations on Monday took out protest rallies and organised public meetings in various parts of West Bengal against the ongoing India trip of US president Donald Trump.

Displaying placards and posters denouncing Trump, the protestors burnt his effigies, and came out with processions in all the districts as also the metropolis.

In Kolkata, several central trade unions, Leftist women organisations, youth and students brought out a rally from Lenin’s statue in Dharamtala and tried to march to the American Center that houses the United States information Service.

However, they were stopped by the police a little after beginning their march.

The rallyists also condemned the Narendra Modi government for inviting Trump, with posters claiming “he (Trump) is Modi’s friend, not India’s”.