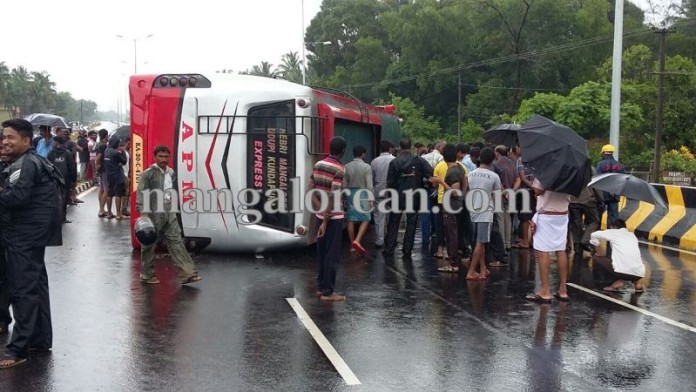 Kundapur: Five passengers of a private bus had a lucky escape when it overturned on the NH 66 flyover at Kota on Thursday, June 16.

According to the police in the morning APM bus was on its way from Kundapur to Brahmavar. When the bus reached Kota Flyover, the driver while trying to overtake another vehicle suddenly hit the divider and overturned. The bus driver has been severely injured in the mishap, while the rest sustained minor injuries.

On receiving information, the Kota Police rushed to the spot and rescued the passengers from the bus.

A case has been registered in Kota Police Station.