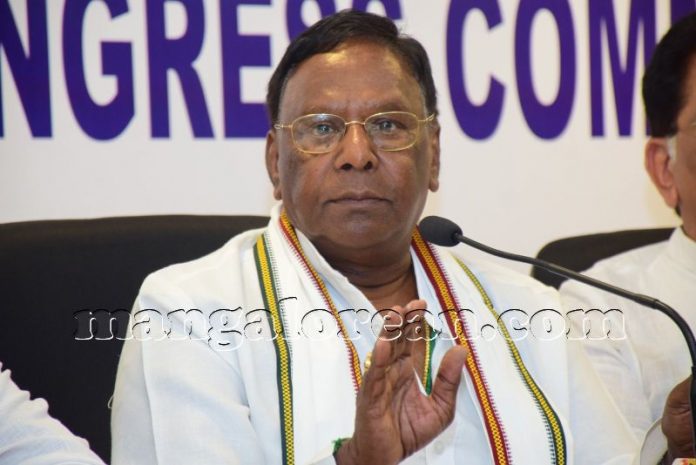 Chennai: In a setback for the Congress government led by Chief Minister V. Narayanasamy, the Madras High Court has dismissed the petition filed by him against President Ram Nath Kovind’s decision to agree with Lieutenant Governor Kiran Bedi’s decision to offer cash instead of free rice for ration card holders.

Hearing the petition filed by Narayanasamy, the Court on Friday said the decision of the President on matters referred to him relating to a Union Territory has to be complied with.

The court said the Government of Union Territories Act, 1963 gives the Lt. Governor the power to refer to the President an issue if he/she does not agree with the Council of Ministers.

The decision of the President is final on the referred matter and has to be acted upon, the court said.

In a tweet Bedi said: “Honble Madras High Court upholds the directions of GOI (Government of India), MHA (Ministry of Home Affairs) to Puducherry Adm (administration) to transfer money directly into bank accounts for free rice & not the way it was earlier. Which was procuring, storing, testing, distributing & checking pilferage.”

On his part Narayanasamy expressed disappointment at the court decision.

The Congress government had decided to provide rice free of cost for ration card holders.

However, Bedi suggested paying cash directly to the beneficiaries bank account instead of supply rice.