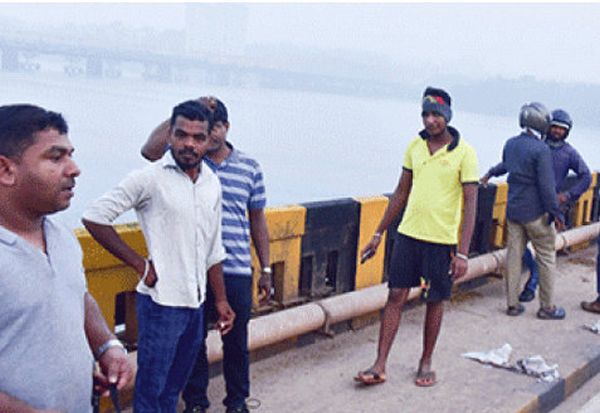 Man allegedly Jumps into Netravati River along with child

Mangaluru: A 46-year-old man is said to have committed suicide by jumping into the Netravati river along with his 6-year-old son here on February 16.

The man has been identified as Gopalkrishna Rai (46) and his son Nameesh Rai (6) from Baltila Bantwal.

On February 16 morning the car was found parked near the Netravati bridge. It is suspected that Gopalkrishna along with his son might have jumped into the river.

A death note was found in the car. The Mangaluru Town Police have reached the spot for investigations and search is on for Gopalkrishna and Nameesh.