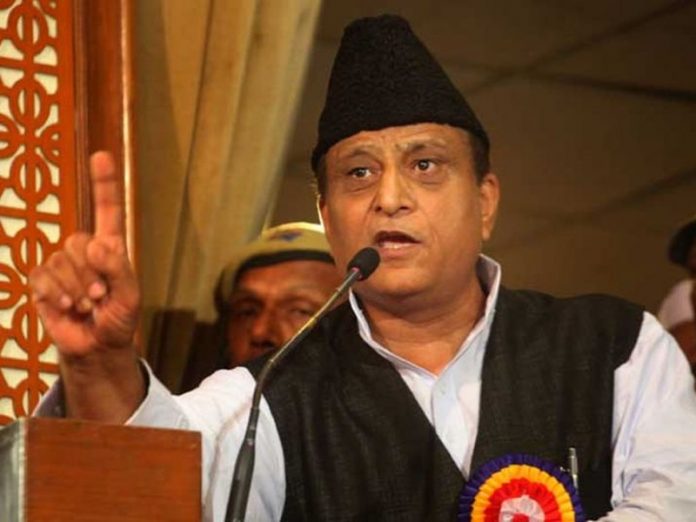 Rampur: Trouble for Samajwadi Party MP Azam Khan, seemed to have increased after the Additional District and Sessions Judge Dhirendra Kumar Kamboj rejected his anticipatory bail petition and also that of his wife Tanzeen Fatima and their son Abdullah Azam in connection with a forgery case.

The pleas were rejected on Monday. The accused have been chargesheeted under sections 420 (cheating and dishonestly inducing delivery of property), 467 (forgery of valuable security, will), 468 (forgery for purpose of cheating) and 471 (using as genuine a forged document) of the Indian Penal Code (IPC).

On January 3, 2019, local BJP leader Akash Saxena had lodged a complaint alleging that Azam and his wife helped their son in obtaining two fake birth certificates — one from Lucknow and another from Rampur — following which an FIR was registered in Ganj Kotwali.

The court ordered the MP to surrender his passport to the police, but added that Azam could travel abroad after seeking its permission.

A local court had declared the three as ‘absconders’ and had issued non-bailable warrants against them after they failed to appear before it.