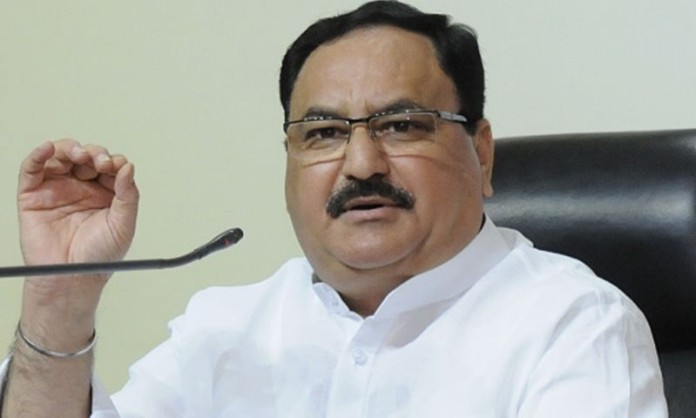 New Delhi:  JP Nadda will undertake his maiden visit to Bihar as BJP national president on February 22, wherein he will take stock of organisational preparations for the coming Assembly elections slated for year-end and also meet Chief Minister Nitish Kumar.

Notably, the Bharatiya Janata Party leader and the Janata Dal-United leader Nitish Kumar had addressed joint rallies in the run-up to the the Delhi Assembly polls.

A senior Bihar BJP leader told IANS that the issue of seat-sharing between the two allies will likely not be discussed during their meeting.

During his visit, the BJP president will meet party cadres in Patna. Nadda will inaugurate through videoconferencing 11 BJP district offices across Bihar.

He will also hold a meeting with the BJP’s state core committee at the government guesthouse here.

Nadda has strong connection with Bihar, as Patna is not only his birthplace but also the city from where he started his political journey — joining the Akhil Bharatiya Vidyarthi Parishad in the 80s while studying at the Patna College.