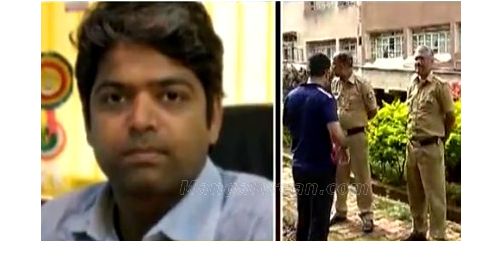 Belagavi: The owner of Amrut Pharmaceuticals Shailesh Joshi committed suicide by shooting himself with his pistol in the early hours of June 4.

Shailesh Joshi (30) was a young entrepreneur from Belagavi. He was popular through his ‘Amrut Malam’ ointment.

According to sources, it is learnt that on June 4, at around 1:30 am, neighbours heard the sound of gunshot from Shailesh’s house and informed the police. The police reached the spot and found his body lying in a pool of blood.

Shailesh was suffering from health issues and was also divorced recently.

The police recovered a death note from his room stating that he himself was responsible for his death.