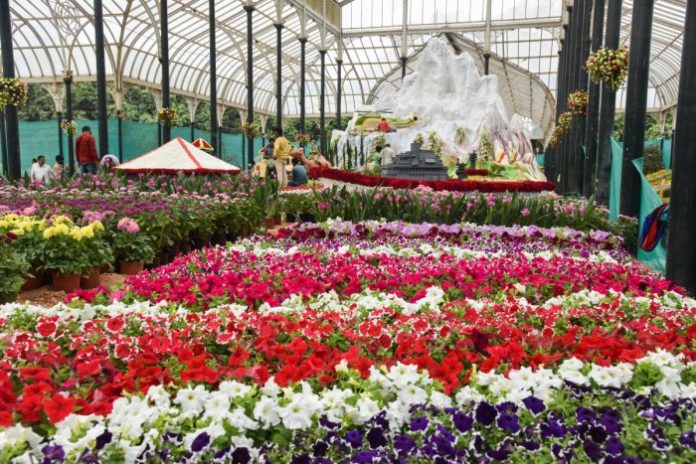 Bengaluru: Amidst the political uncertainty that threatens to cast a shadow, the Mysore Horticulture Society and Horticulture Department have decided to dedicate this year’s Independence Day flower show to Jayachamaraja Wadiyar.

This year marks the birth centenary of the last Maharaja of Mysore, who also served the state as its first Governor.

The twice-year, 10-day mega floral show will be open to visitors from August 9 to 18 and will feature several floral replicas representing Wadiyar’s illustrious life and memories.

One of the highlights will be a life-size flower structure of Mysore’s iconic mantap at the Jayachamarajendra Wadiyar Circle, said Dr M Jagadeesh, joint director, Horticulture (Parks and Gardens).

“The main replica will be surrounded by the replicas resembling the Mysore royal throne, the Jambu Savari and the royal court hall of the Mysore palace, built entirely of flowers,” he explained.

An installation along the periphery of the iconic Glass House will display the monarch’s life and works with photographs and a timeline of events such as inaugurating the Vidhana Soudha and meeting the UK’s Queen Elizabeth II. “Miniature depictions of his achievements will also be installed,” the official added.

With no clarity over the formation of the new government, officials are confused over the inauguration, usually done by the chief minister and the minister for horticulture.

This year’s show will feature more than 15 lakh flowers brought from across the country, including 25 species of beautiful temperate flowers from Ooty.

The presence of more than 25 types of insectivorous or carnivorous plants will be a unique feature of this year’s flower show.