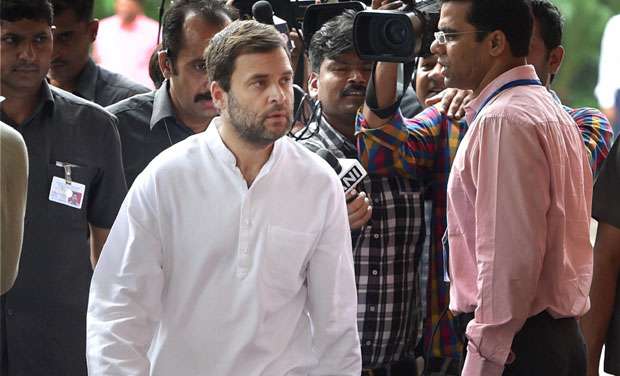 Jaipur: Congress President Rahul Gandhi on Thursday met the Alwar gang-rape victim, and assured her and the family of justice.

Speaking to the media after the meeting in Thanagaazi, Gandhi said that this was an emotional issue for him and not a political one.

“The victim will definitely get justice. Strict action will be taken against the accused. I have come here to meet the family and not to play any kind of politics. I will take action on whatever I have said here,” he said.

“We can’t tolerate such things. As soon as I heard about the case, I called (Chief Minister Ashok) Gehlot. We want to give a strong message not only to the people of Rajasthan but to the entire nation so that such heinous incidents are not repeated anywhere.”

Gandhi was slated to visit Alwar on Wednesday but the trip was cancelled due to bad weather.

Before Gandhi’s visit, the family said that they would raise a demand for a job for the couple so that the victim and her husband can be sent to a place where no one identifies them.