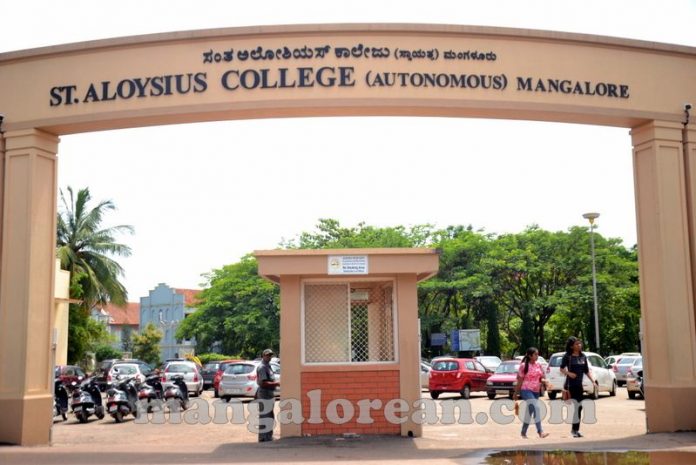 Mangaluru: Today, I saw a news report published in various media regarding the renaming of St Aloysius college road as Mulki Sunder Ram Shetty Road. I just wondered as to how people who never even had an inkling nor the inclination to wax eloquent about this great person for more than 36 years (Mulki Sunder Ram Shetty passed away in 1981) suddenly woke up with the realisation that he was a great man whose contribution to society should now be recognised.

Even during the centennial year of his birth, everyone from the Bunt community had forgotten him and there was not even any celebration of his centenary in their own Sangha, except for Vinay Hegde who had organised a program in Bappanadu temple premises. We all appreciate the contribution made by Mulky Sunder Ram Shetty and I for one would be proud to see a street named after him in Mulki, his hometown. That would be a great honour for him and it would be a proud moment for the Bunt community of Dakshina Kannada district.

Also, there seems to be an ulterior motive behind the scenes to add a communal / caste tag, where there is none. In fact, if someone were to add that tag it should be for those who are pressing the Government to name the street as Mulky Sunder Ram Shetty Road. In fact, I saw a galaxy of well-known personalities from the Bunt community at the press meet, and even otherwise only voices of people from the Bunt community is heard in the pursuit of renaming the street.

Well, let’s now also analyse the other side of the story. The whole issue is not of naming the street as St Aloysius Road, but why should an existing name of a road be changed? In fact, the institution voiced its opinion on this matter only after the past and present students belonging to all communities including Bunts and a majority of Hindus, Muslims and Christians asked the institution as to why the name of the road is being changed?

The St Aloysius College Alumni Association which constitutes members of a cross section of society and religions took up the issue on this matter. It was brought to the notice of the District in charge minister Ramanath Rai, the MLAs from Mangalore J R Lobo, Moideen Bawa, the Minister U T Khader and Ivan Dsouza the MLC from Mangalore along with the Mayor Kavitha Sanil and the corporation commissioner Mohammed Nazeer.

All the above were informed regarding the above issue because the past and present students of St Aloysius College felt deeply hurt that the name of their institution, and I repeat, the institution was being erased from its rightful place in the annals of Mangalore history and being replaced by the name of an individual.

Here, once again, if people would like to measure up the contributions of the two entities, with due respect to the contributions made by Mulky Sunderram Shetty to the Bunt community and banking as a whole, I would like to reiterate that the contribution made by the great Institution called St Aloysius stands very tall. It has been the grooming ground for generations of Mangaloreans. At least 2 lakh individuals and their families of all communities including the Bunt community have been a part of St Aloysius and it really reflects the respect and reverence and the liberal attitude of our great city of Mangalore that we recognise the contribution of such a college. Once again, I would always place an institution such as St Aloysius or Vijaya Bank far above the persons or pillars of that institution such as Mulky Sunder Ram Shetty in greater reverence.

Why do we need to divide ourselves into communal lines in this city of Mangalore where the actual issue is of changing the name of a road in the name of an institution to that of a person? Let us keep our egos well within ourselves and ask our hearts to speak. For all of you know, the facts surrounding this issue is a non-issue. The last word on the matter at hand is that I am sure if Mulki Sunder Ram Shetty were to be asked today, he, a former student of St Aloysius would bow his head to his Alma mater and give it a big salute and say Long Live St Aloysius, a monument to the legacy and tenacity of the founding priests of the institution who gave us an education in life.

Dear Sumith Rao I hope you know the roads around Hampankatta right. Can you please let us know which is Light House Hill road in Mangalore ? If you don’t know please check google maps or just walk for a distance from Catholic club up the hill until Jyothi circle. Please see in any of the address around what is the name of this road. It is Light house hill road. Alosyias road is the one that connects LHH road to SAC. Why you guys misguigin the public. Why you guys are not accepting the fact that the second party… Read more »

Dear Ms. Rao Thank you for the article. St Aloysius has educated Mangaloreans and Mr. Shetty has helped with banking and providing jobs to Mangaloreans. Our goal should be building a bridge than dividing communities. I think St. Aloysius can take the high Road and erect a statue of Mr. Shetty on its Premises and have museum for the great pioneers of mangalore. Its easy to name a a road but up keep is difficult. …. St. Aloysius as an institution should adopt this road, build foot path, adopt the Tagore park and library and provide service to community. People… Read more »

Rightly said, but its better to name Edgah Road as the masjid IS older and taller than the college and the person whoever. OR make a circle and put board with arrow mentioning St. Aloysius road, Edgah road and Shetty road, finish the minor issue like this once for all.