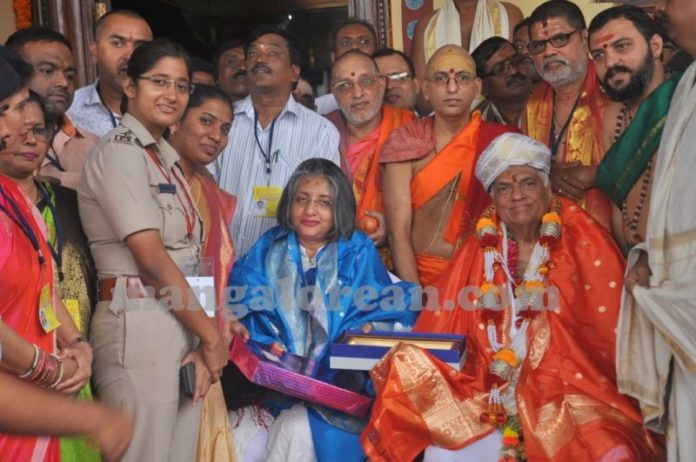 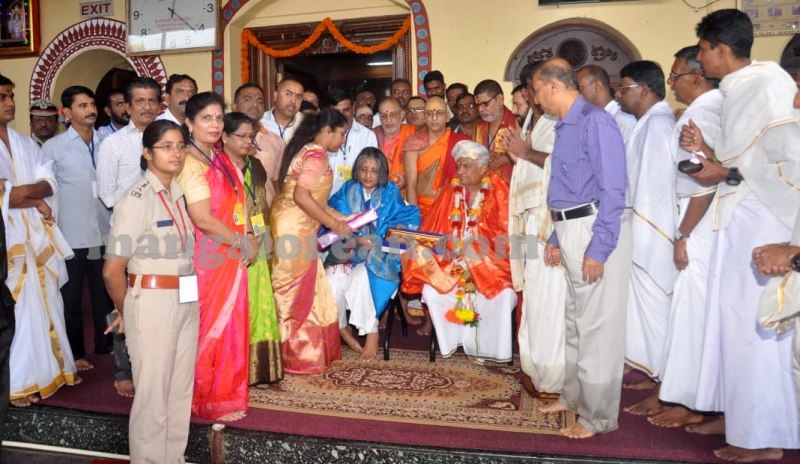 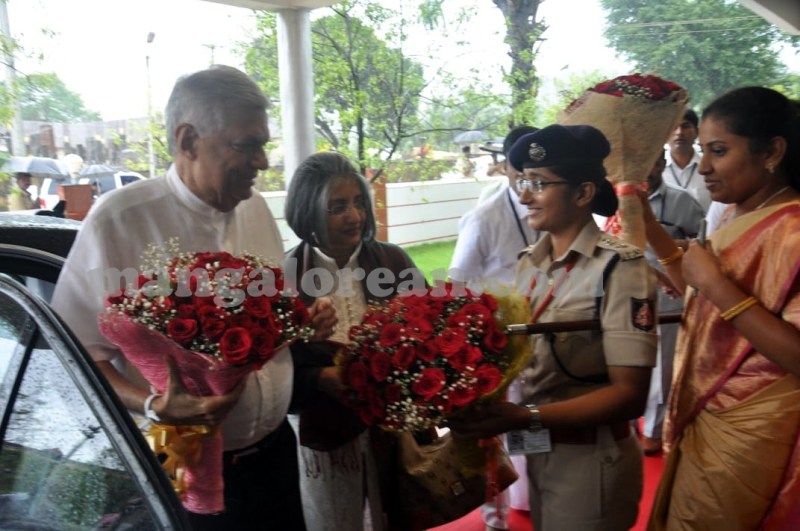 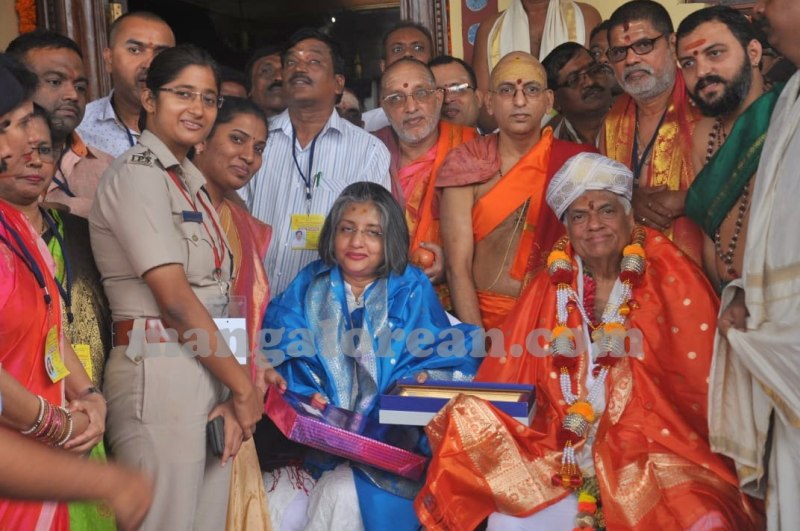 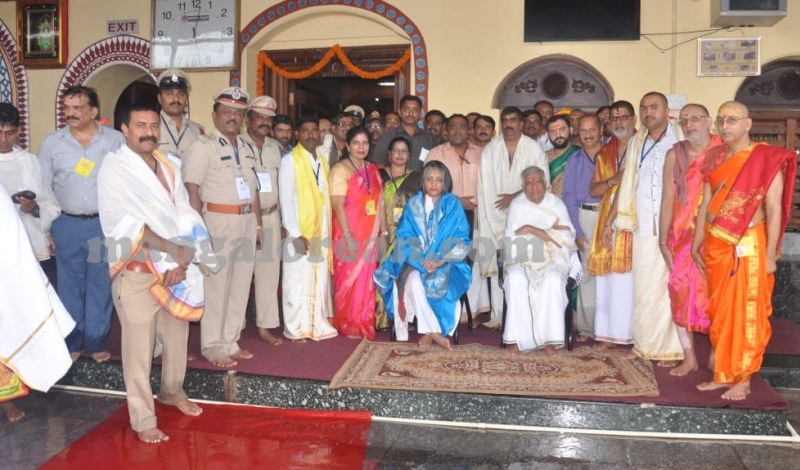 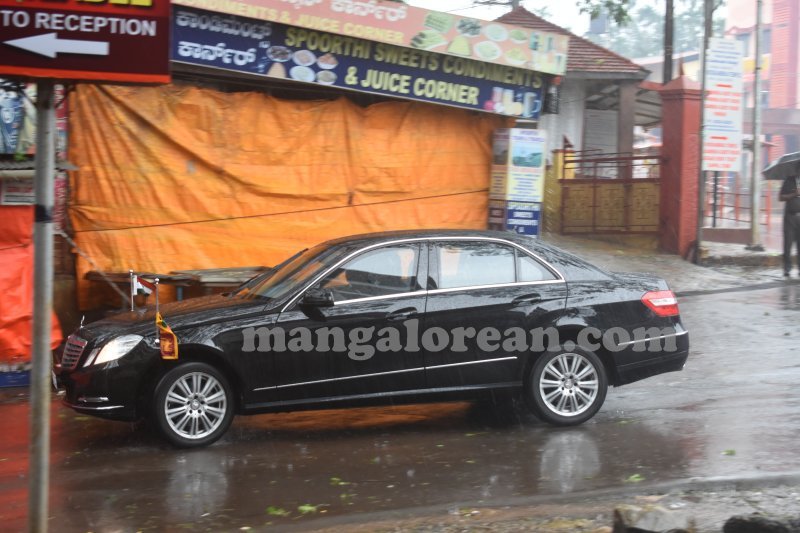 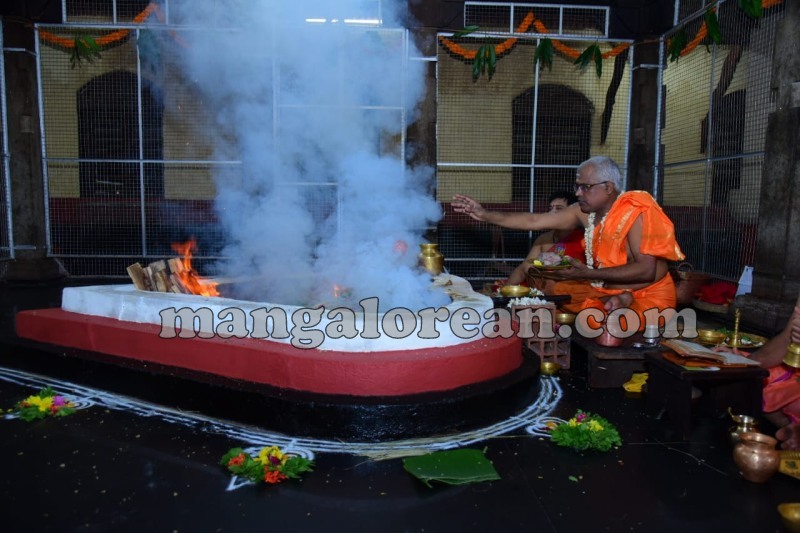 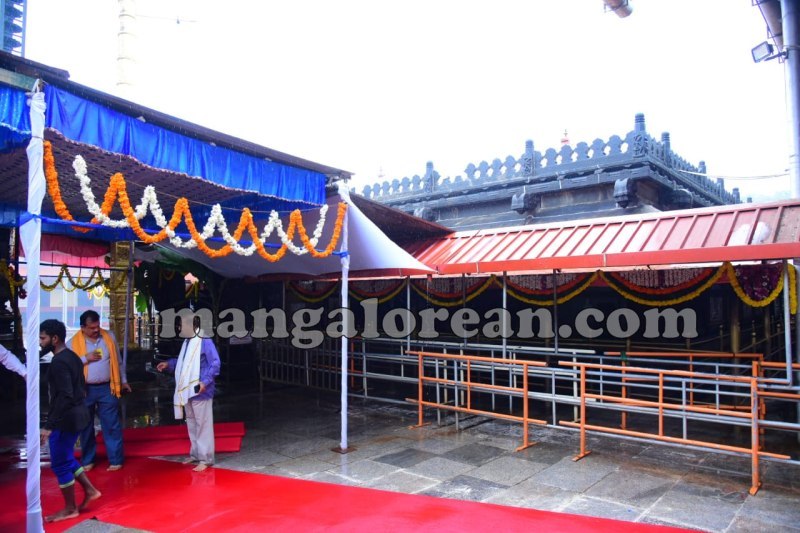 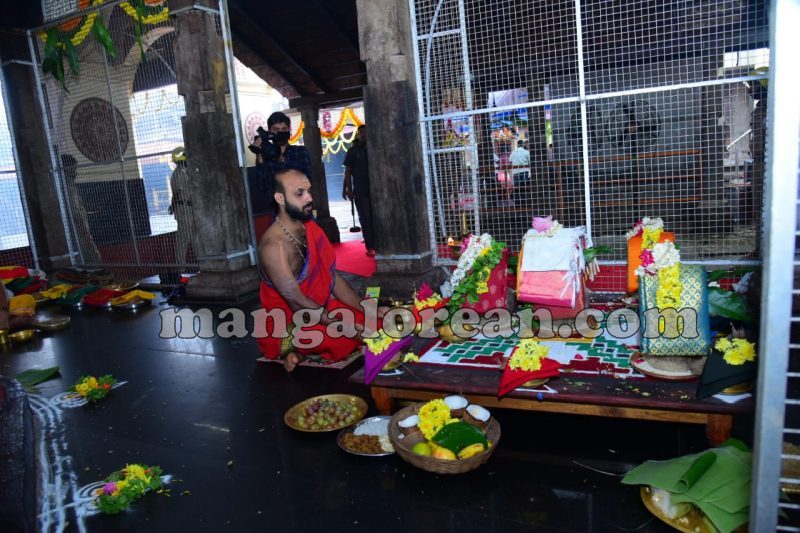 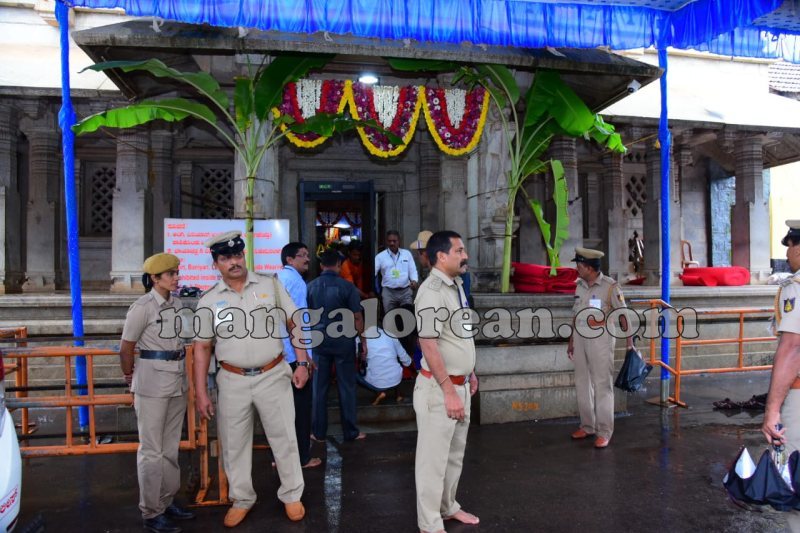 Wickremesinghe arrived at the Mangalore International Airport and then proceeded to the Mookambika Temple guest house by road. He was given the traditional “Purna Kumbha” welcome at the entrance of the Temple. 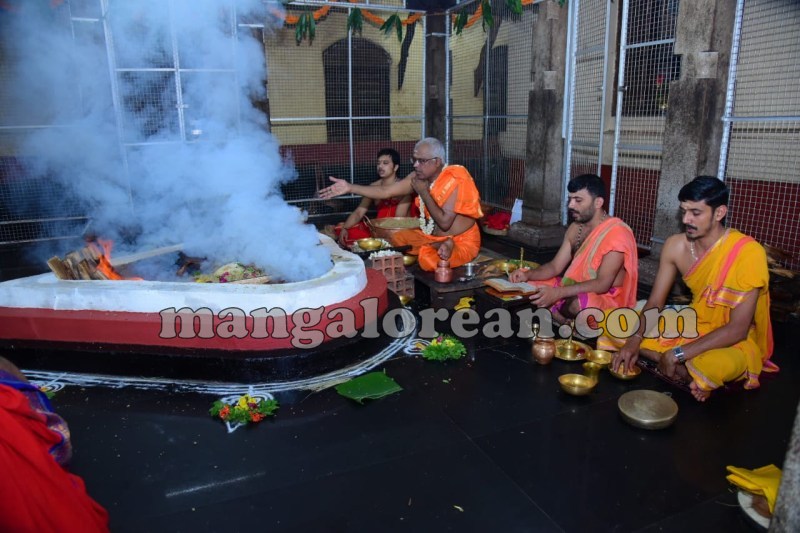 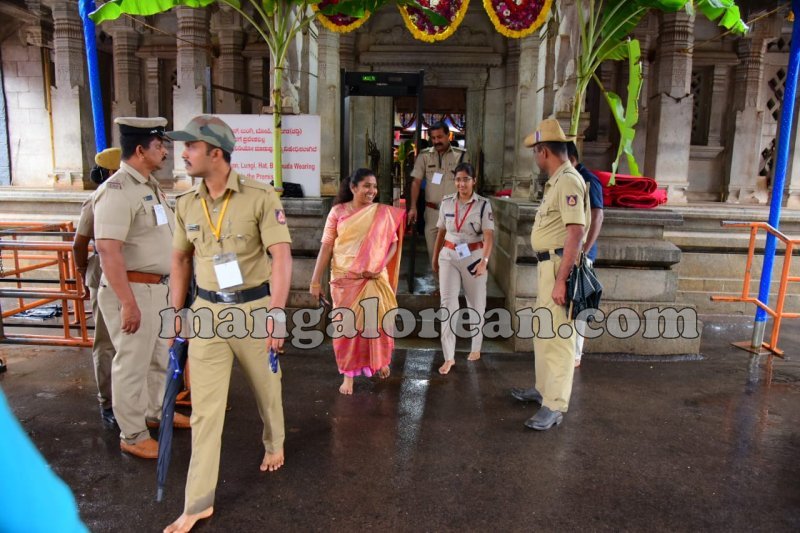 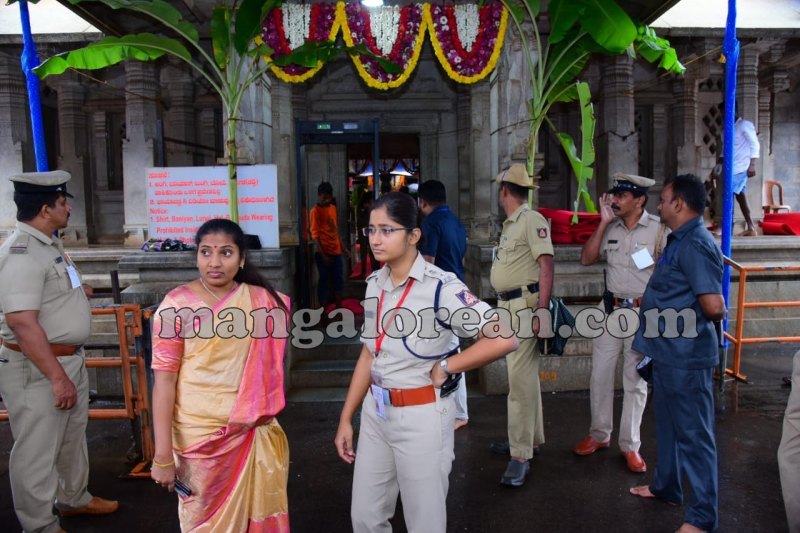 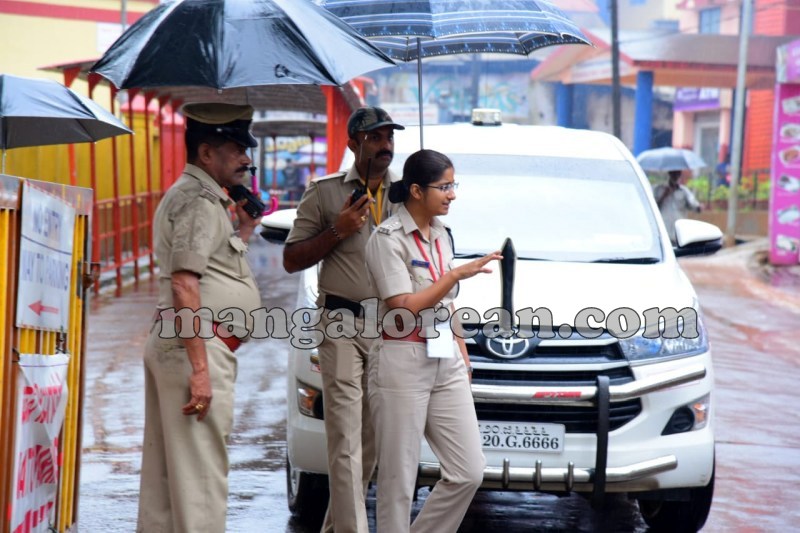 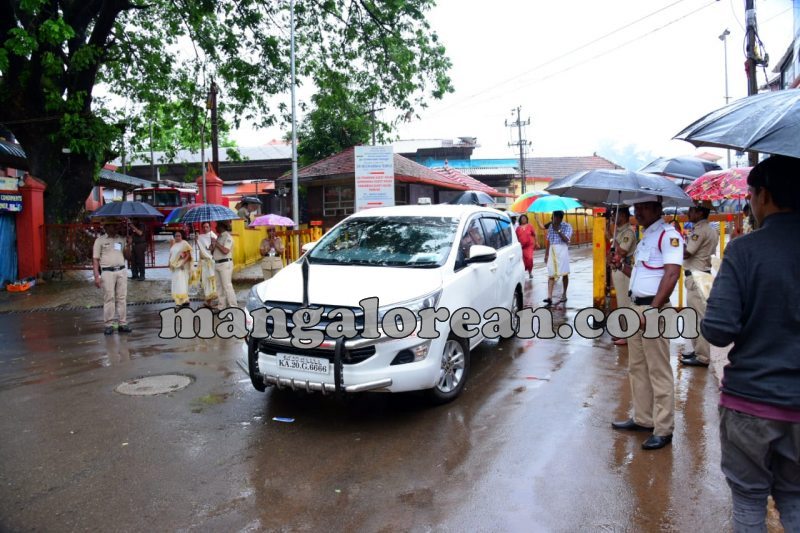 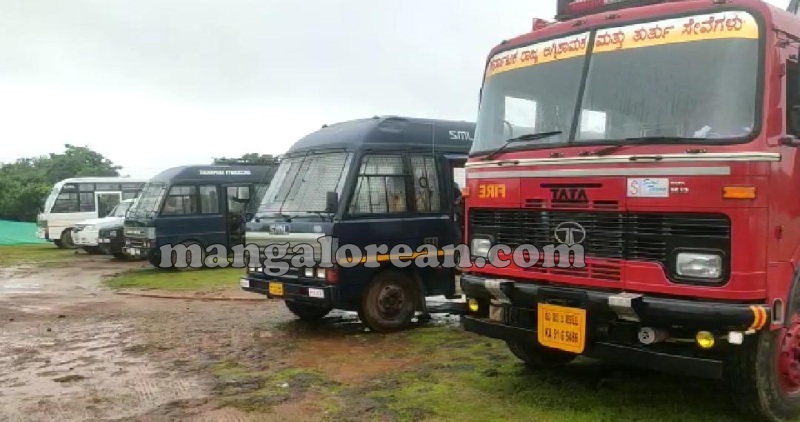 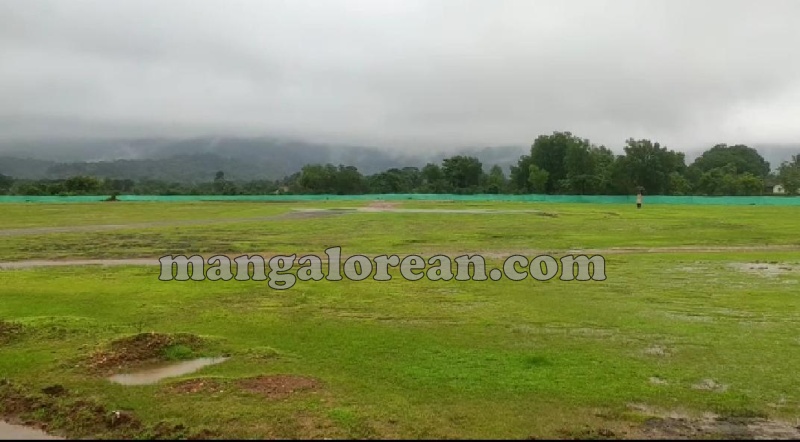 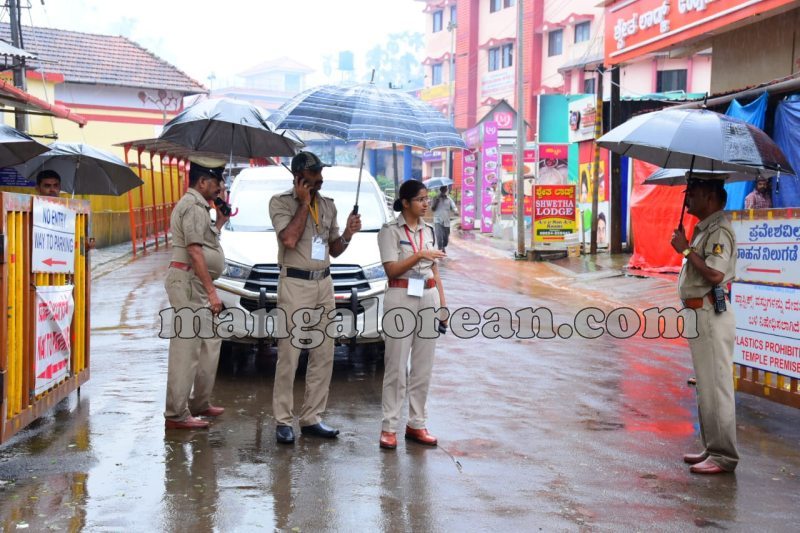 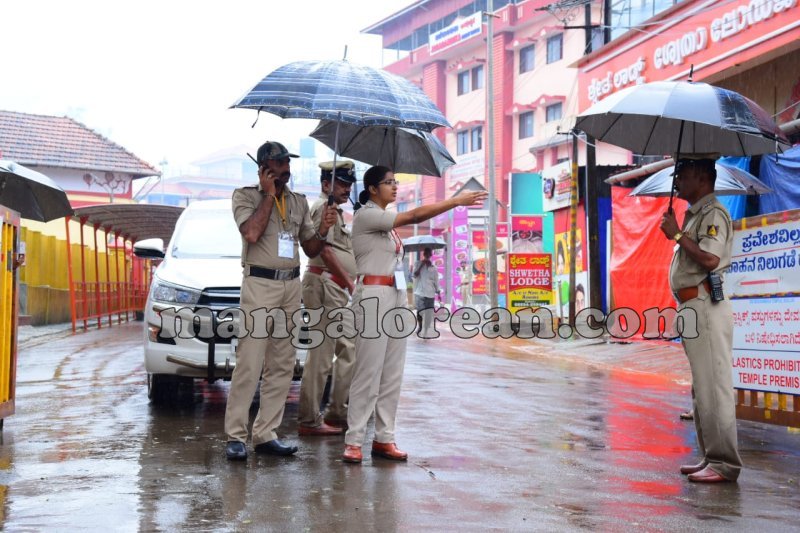 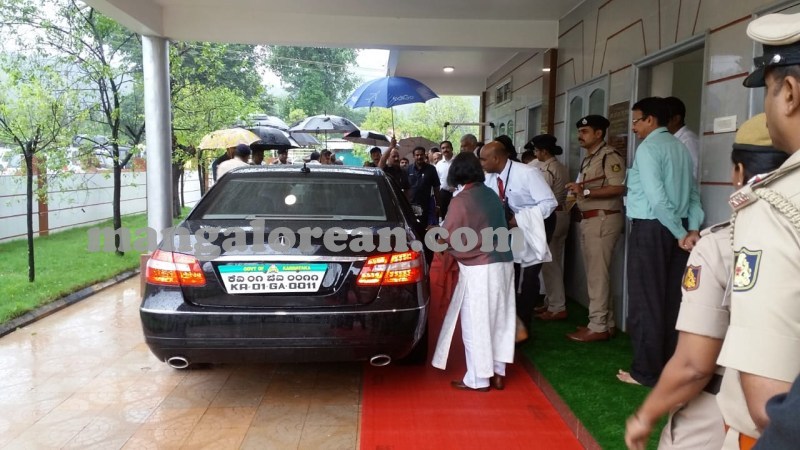 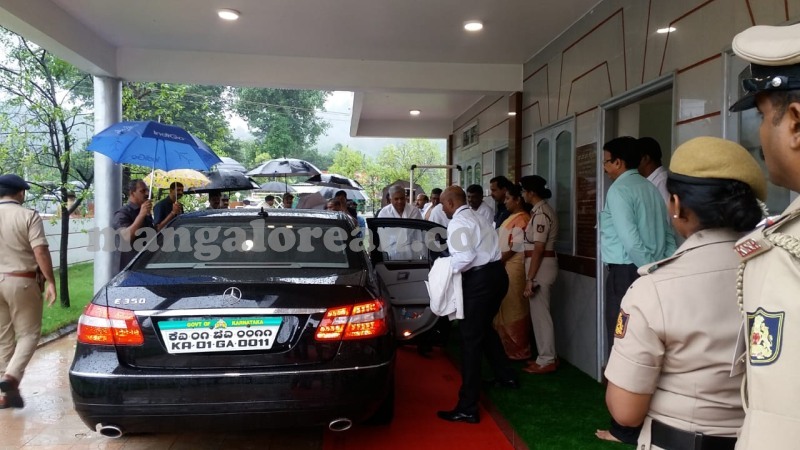 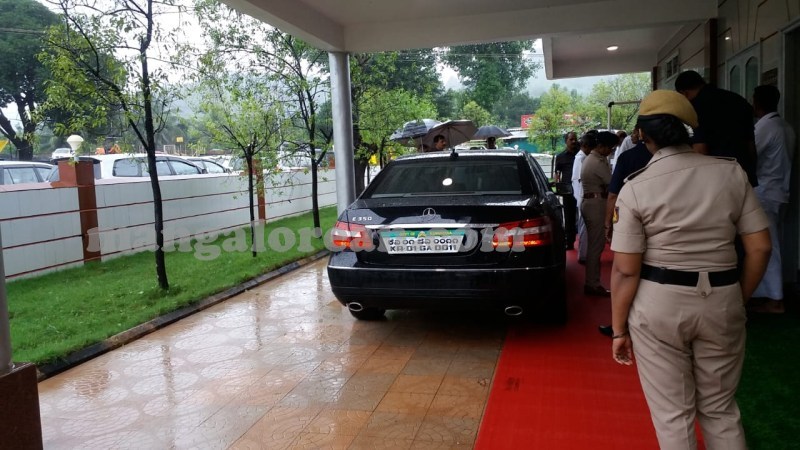 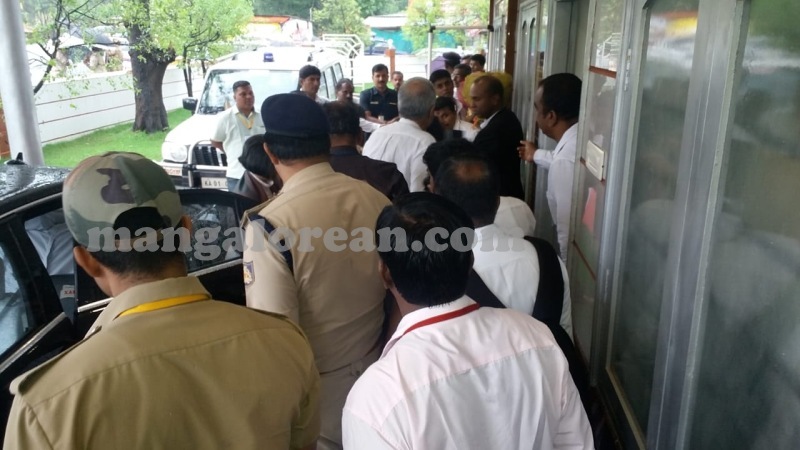 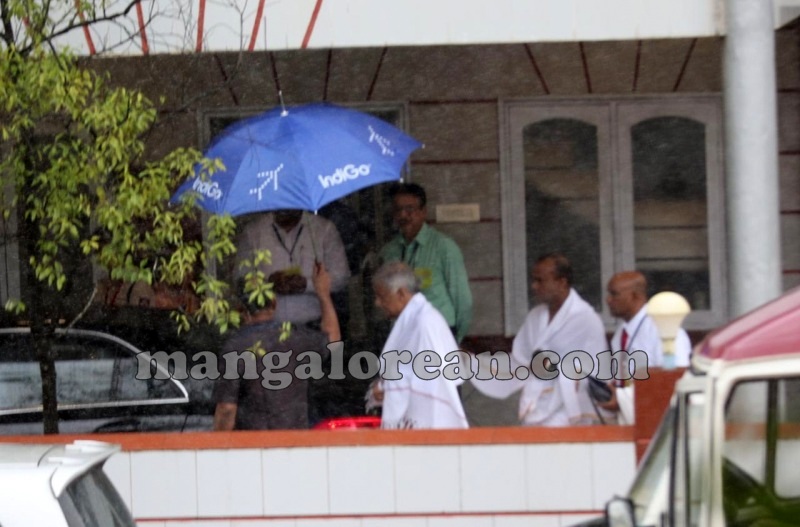 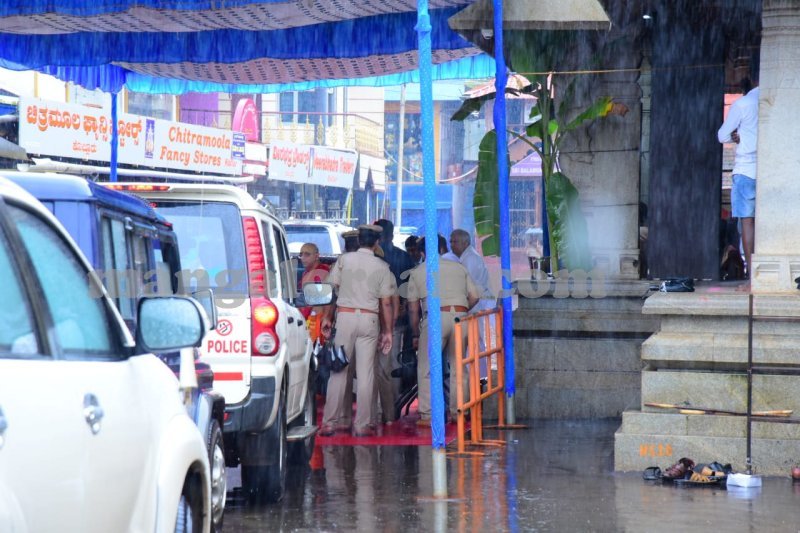 Due to inclement weather, Wickremesinghe, accompanied by an eight-member team, had to travel by road from Mangalore International Airport. The entourage was accorded a grand welcome on the Mookambika temple premises by Udupi Deputy Commissioner Hephsiba Rani Korlapti, SP Nisha James, officials and temple representatives.

Wickremesinghe and his wife Maitree reached Kollur at 11.10 am and were whisked to the RNS Guest House. He later arrived at the temple at 11.30 am and took part in the religious rituals held inside the temple. Maitree is said to be the devotee of the Goddess.

Later the temple’s chief priest Dr K N Narasimha Adiga, under whose guidance the Homa was performed, told media persons that the Sri Lankan premier performed the ‘Nava Chandi Homa’. The Homa had begun on Thursday at 8 am and the ‘Purnahuti’ (end of Homa) was performed at 12 pm on Friday.

The couple participated in the ‘Rathothsava’. An ‘Archane’ in the name of the couple was also performed. Dr Adiga said Kollur Mookambika temple and Shankari Devi shrine in Sri Lanka are parts of Shakthi Peeta. “Both are essential parts of the Mukhya Peeta. Both the Peetas have their own significance. Both India and Sri Lanka share a bonding since the times of Ramayan,” he added.

Wickremesinghe was also accompanied by PSO Ashoka Yathigamana, Sargent PMSD, Sunil Ratnayake, Physicist
Dr Sanka Gunavardhane, Deputy High commissioners from Chennai V Krishnamurthy and Yasontha D’Silva. The couple was at the temple for an hour and were served delicious Prasadam at the guest house.

Temple president and managing trustee Vadamballi Jayaram Shetty said the Wickremesinghe and his wife received the ‘Darshan’ of Goddess. The couple took part in Mahamangalarati and also prayed for the academical success of their children, he said.

The couple left the temple immediately after the Pooja and after staying at the guest house for some time. They departed at 2 pm. Enroute Wickremesinghe boarded a helicopter at Areshiroor and proceeded to Kasargod. Tight security was in place all along from the airport to Kollur and all the establishments were shut down as a precautionary measure.

Wickremesinghe had visited the temple and had participated in the ‘Shata Chandi Havana’ in November 2017, Shetty added.

Team Mangalorean, was the ONLY media that had an exclusive interview with Sri Lanka’s Prime Minister Ranil Wickremesinghe , and his wife-Maithree, during his visit to Kollur Temple on 21 November 2017, and after interacting with him ad his wife, during their stay at Hotel Taj Gateway, Mangaluru, we had published the exclusive interview  ” An Exclusive: ‘Beautiful Coastal City & Friendly People’- Sri Lanka PM ” in Mangalorean.com on 22 November 2017- and at the end of the interview the PM said that he would be back again in 2019 to visit Kollur Temple, along with his wife-and that he would love to meet  Team Mangalorean again, during his stay in Mangaluru.
But unfortunately due to change of plans, and also due to couple of engagements in Kerala, the PM and his wife had decided to stay somewhere else. Team Mangalorean was anxiously waiting to meet PM , but all in vain. This will be Ranil Wickremesinghe’s second visit to the Sri Mookambika Temple. It may be recalled here that  Wickremesinghe visited the temple and offered his prayers and participated in the Shata Chandi Havana on November 21, 2017.