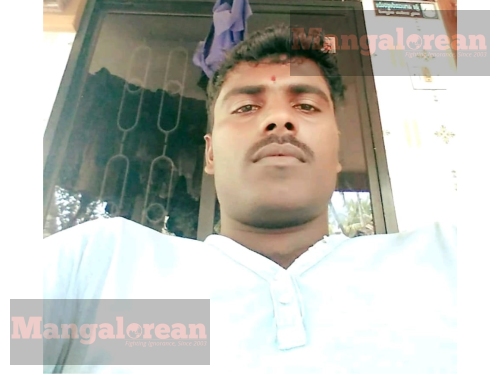 Udupi: The brother of one of the missing fisherman (on-board the ill-fated Suvarna Tribhuja fishing boat) who had attempted to commit suicide at Bhatkal, expired at a hospital in Udupi here, on May 16.

The deceased has been identified as Chandrasekhar (30), and he is the younger brother of one of the missing fishermen-Ramesh. For the past three days, Chandrashekhar was battling for his life at a private hospital in Udupi.

Chandrashekar attempted to commit suicide as he was disturbed by the failure of operations to trace his elder brother. Unable to bear the pain of losing his brother, Chandrashekar consumed poison four days ago and was admitted to a hospital with internal bleeding on Tuesday night. Unmarried, Chandrashekar was said to be in a deep state of grief as there was no trace of Ramesh since December 15, 2018.

The doctors of Adarsha Hosptial made efforts to improve his condition. His liver had suffered severe damage due to the consumption of a poisonous substance. The general public of Udupi arranged for several bottles of donated blood. However, on Thursday afternoon, Chandrashekar died without responding to the treatment. The body has been sent to the mortuary of the Udupi District Hospital.