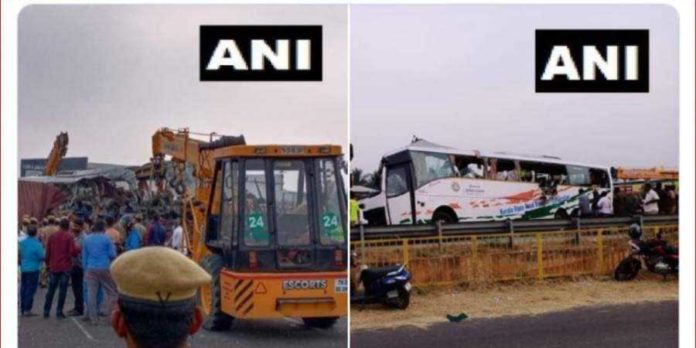 Earlier it was reported that 15 men, including the driver and conductor of the inter-state bus, and 5 men died, while another 23 were injured in the incident that happened around 3:00 AM. The condition of some of the injured was reported to be serious. However, the death toll has increased to 21 at 11.30 AM. on Thursday. 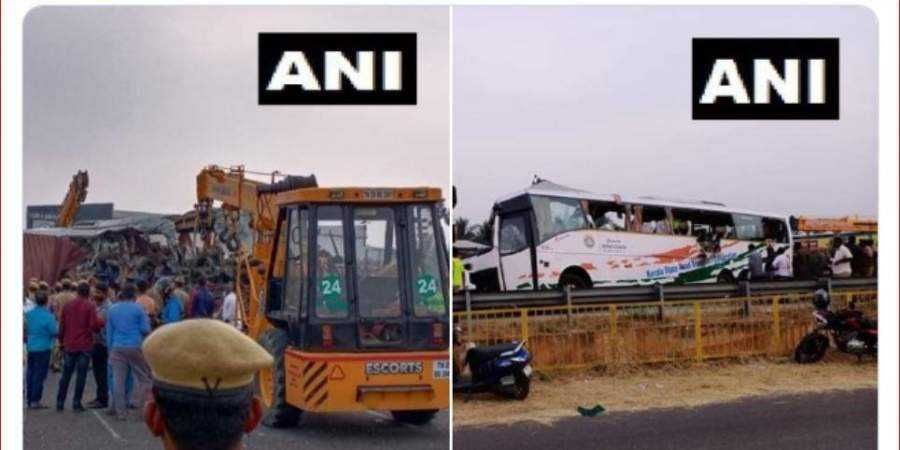 The deceased who were identified so far are Thrissur natives Vinod (45), Christo Cherikkekaran (25), Nibin Baby and Rahim, (all from Thrissur), and Palakkad natives Sona Sunny, Krish (29), Jordan (35), Kiran Kumar (33), Igni Raphael (39) and Roselli (61). The bus driver and conductor have been identified as TD Gireesh and Baiju.

Preliminary information was that the tyres of the container lorry burst and it lost control. The lorry then hit the divider and onward to the KSRTC bus. The Ernakulam-registered container was loaded with tiles. Police are searching for the absconding driver of the truck.

The passengers, who were all from Kerala, were in deep slumber when the mishap occurred. Around 12 seats of the KSRTC bus were completely mangled in the incident.

Kerala Transport Minister AK Saseendran said there were 48 passengers on the bus and most of them had booked their tickets to Palakkad and Ernakulam. Police and local residents rushed to the spot and shifted the injured to Avinashi, Tiruppur and Coimbatore government hospitals.

They have been admitted to the Coimbatore government hospital and other hospitals in Avinashi.

The RS 784 KSRTC Volvo was expected to reach Kochi at 7:00 AM in the morning. The bus had gone to Bengaluru from Ernakulam on Monday. Since there were no enough passengers for the return trip, the bus which was to leave on Tuesday evening left a day later on Wednesday evening.

The KSRTC officials from the Palakkad depot have reached the spot.